Both teach at the Webb School and have worked along side each other for 19 years. 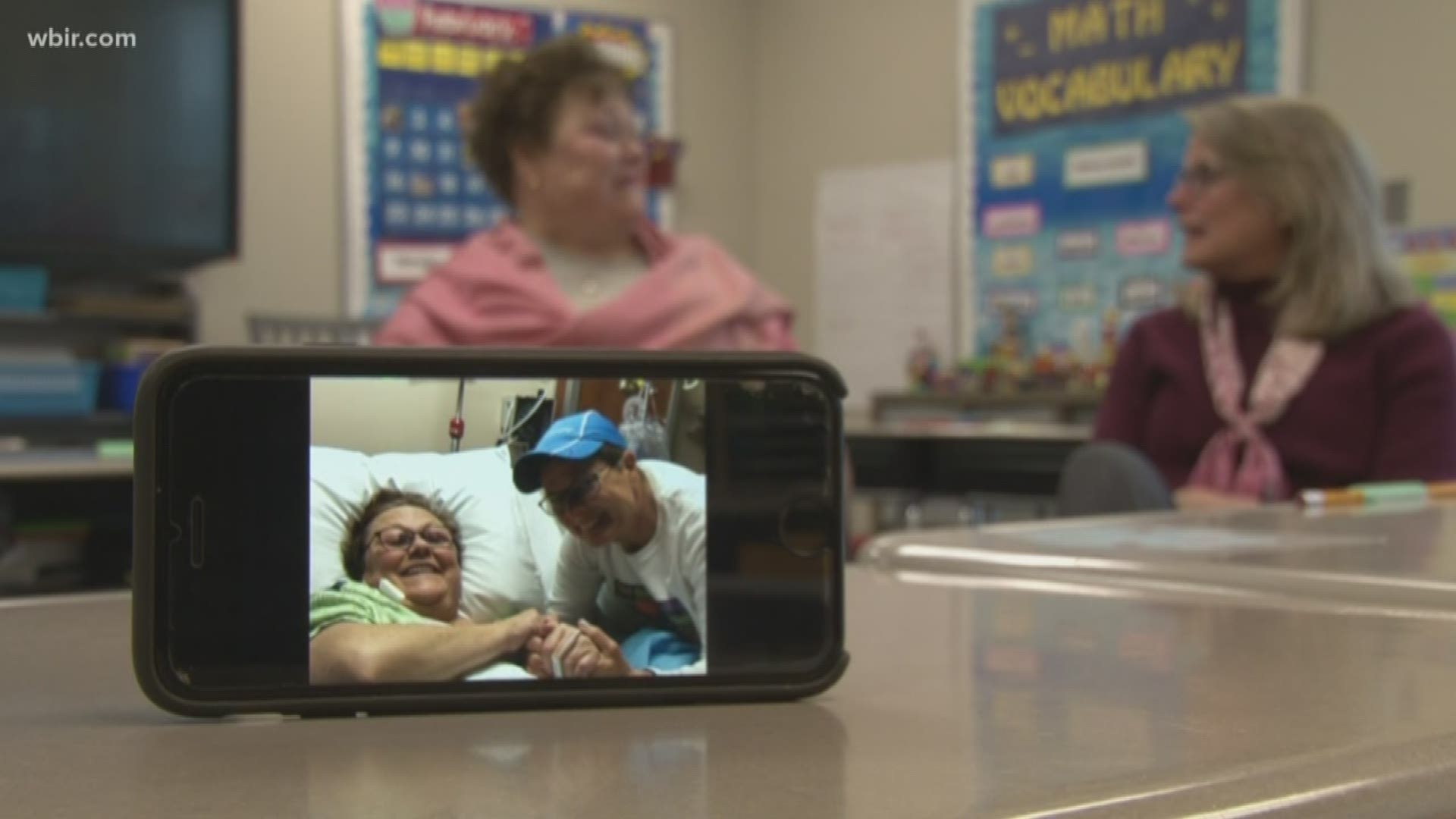 KNOXVILLE, Tenn — A Knoxville teacher gained a second chance at life after a coworker gave her the ultimate gift when she donated her kidney.

Both teach at Webb School of Knoxville and have worked alongside each other for 19 years.

"Every day is truly a gift," said Frances Seiler, whose life was turned upside down in 2015. "I was in full kidney failure."

Kidney failure, blood cancer and a rare disease caused her health to rapidly decline. Eventually she had to stop teaching full-time and became a substitute teacher.

As she waited for a new kidney, fellow teacher Beth Meyer was inspired by her mother to help.

"She instilled in me whatever you have you have enough to share," said Meyer. After researching more, Meyer wanted to give Seiler her kidney.

Eventually she found out she was a perfect match.

"I don't give myself credit for that. I just happened to have what she needed," said Meyer.

After years of waiting for a transplant, Seiler received Meyer's kidney in November. The transplant was successful.

Both said it was all possible because of support from their families and the school.

"Makes you feel like you can do anything, and because of that – we did," said Meyer.

They learned powerful lessons along the way, which they said changed their lives for the better.

"Initially I sought to bless, but in return I've been so incredibly blessed," said Meyer.

"Little acts of kindness are life changing in ways you can't imagine as the giver, but for the one receiving it means everything... everything," said Seiler.

High school students at Webb were inspired by the story. They plan to donate to the American Kidney Fund in the teachers' honor.