The Tiny Village would consist of ten tiny homes used for transitional housing to help people move from the streets to a forever home. 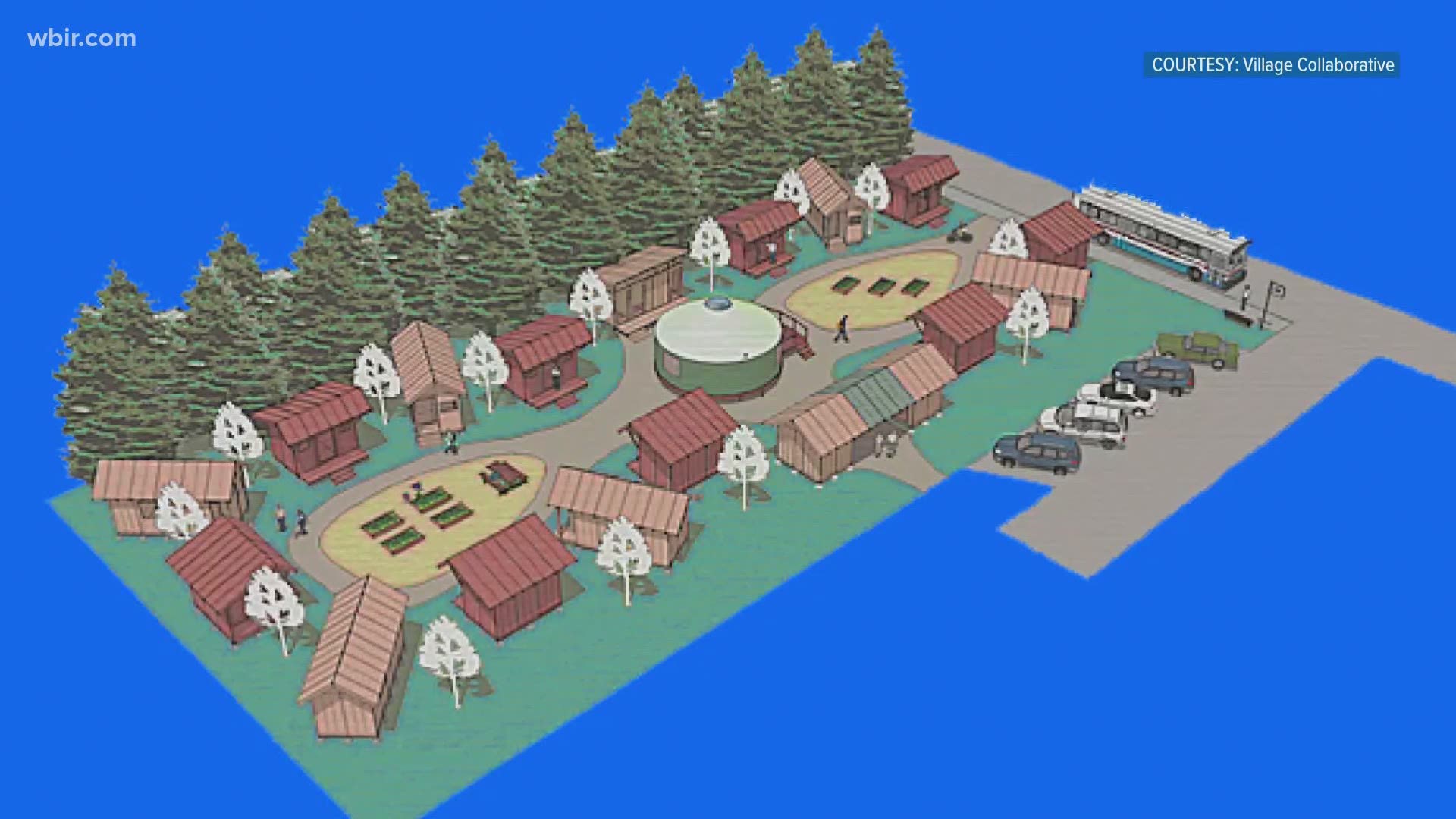 KNOXVILLE, Tenn. — The Tiny Village said it's one step closer to a tiny home village to help combat homelessness.

The Knoxville nonprofit announced it reached its fundraising goal of more than $12,600.

That's enough to buy land to build a village of tiny homes to house those wanting to escape homelessness.

The nonprofit's founder said the homes would just consist of bedrooms with communal kitchen space, bathrooms, and a common area in the center of the village.

The nonprofit previously bought some land near Knoxville college in Mechanicsville through grassroots funding.

There's an overgrown plot of land on Iredell Avenue in a residential part of Mechanicsville that doesn't look like much right now. Weeds, grass and trees cover most of it. But soon, the lot may transform into a community supporting each other.

One new nonprofit sees it as a haven for those looking to escape homelessness. And to them, that haven is a village of tiny homes.

The idea came to Ashlind Bray earlier this year. She's always had a heart for helping the homeless.

"My dad was actually homeless for about two years when I was younger," said Bray. "And so this demographic has always really spoken to me because I know firsthand that these people are somebody's dad, or mom or sister or brother."

She's working to get people like her dad in a house of their own no matter or big or tiny it may be. She envisioned a tiny home village because the homes are affordable to build and easy to maintain. They also manage space well, giving residents their own rooms while allowing many people to live together.

She said she expects around ten tiny homes to be placed on the lot. Bray is working to make this village a reality through her new nonprofit called The Tiny Village. She's currently working on getting 501(c)(3) nonprofit status.

The homes in the village would be just a bedroom.

A communal kitchen space, bathrooms and common area building would be in the center of the 10-home village.

Bray already purchased the land near Knoxville College in Mechanicsville through grassroots funding.

That spot was chosen because of its proximity to necessary amenities including public transportation and health systems. It's just a few blocks from a KAT bus stop and within a mile or so of KARM and Cherokee Health Systems.

Many neighbors around the land also said they support the idea.

"I absolutely think it can happen. I think we need this in Knoxville. We need more creative ideas implemented," said Knoxville City Councilor Amelia Parker.

Parker is working with Bray to adjust any zoning changes that may be necessary.

She said the way current zoning laws are set may not accommodate a tiny home community, especially given that these tiny homes are really just bedrooms.

"So now that we're talking about a shared space for bathroom and kitchen, separate space for sleeping unit, what does that look like in our zoning code? Do we need to add something to make that possible? We're still exploring those questions," said Parker.

She and Bray are working to get grant funding to build the village, which Bray said can change if zoning laws can't accommodate her original vision.

This type of transitional housing has been successful in other cities, but it isn't an end-all solution to homelessness.

The City of Knoxville said since The Tiny Village hasn't submitted any plans yet, they can't comment on the project. But officials also said in a statement only about 35 beds are currently available for people who need transitional housing.

The city said its focus is to increase the supply of permanent housing.

"We're committed to finding some solutions to the gap we have in housing and services that folks need who are currently living on the streets," said Parker.

According to data from the city, though the number fluctuates, there are roughly 800 people experiencing homelessness in the city at any given time.

While a tiny home village may not help all of them transition to permanent housing, it could make a difference for those ready to have their own home again.

"A lot of the people that we meet, they do want to get out of the situation that they're in. They just don't know how," said Bray.

Bray is currently raising money to pay off the land they purchased for the village site. It was purchased in an auction.

They'll then work to get grant funding while making sure any barriers to success are addressed.

If you'd like to learn more about The Tiny Village or donate to the cause, you can visit this website.