Why do they do it? To show others that putting differences aside can be done and when you do you can accomplish a lot. 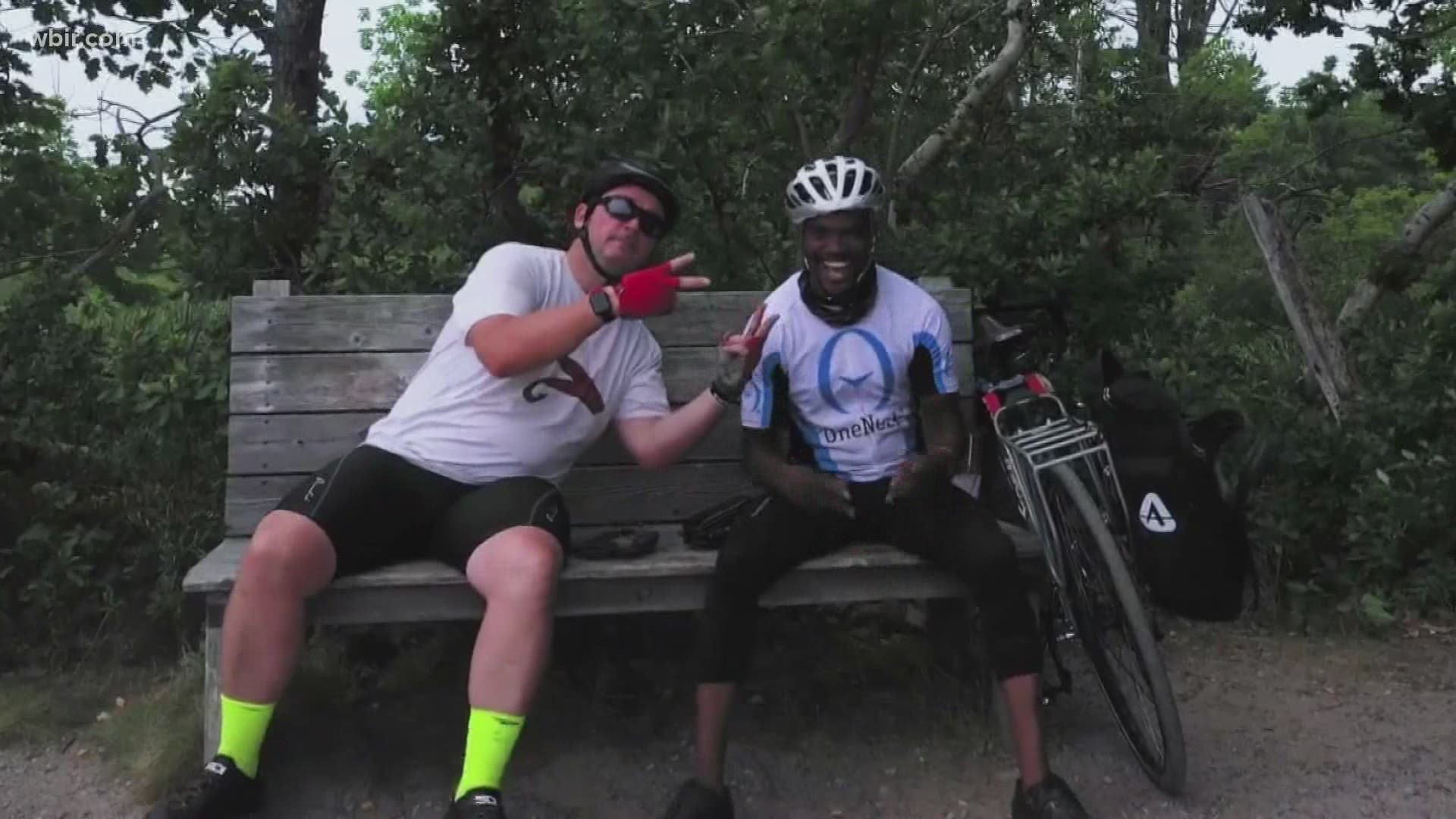 KNOXVILLE, Tenn. — Two men with a lot of differences have come together for one common goal: to bike across the country.

Why do they do it? To show others that putting differences aside can be done and when you do it, you can accomplish a lot.

If you pass them on the road, they might catch your attention.

"People are flagging us down like what are you doing out there," said Andre Block. He's traveling around 4,500 miles cross country with Jonathan Williams.

They've got a list of differences: political, cultural, race and mindset.

But they're adamant about putting those aside to finish their goal of traveling from Portland, Maine to Portland, Oregon. They call it the Unity Ride.

You can learn more about it here.

"We're doing it to encourage people to get along a little more to set goals with whoever," said Block. "We do a lot of stopping and talking to people because that's what we want to do is encourage dialogue."

"We really need to show it's not that hard to work with people if you set a common goal," said Williams.

This year will be their third ride. Along the way they stop, talk with folks and realize something special they hope everyone has a chance to see.

"When we get out into these neighborhoods and communities and you really start getting into the heart of people you realize we really might not be as divided as we think we are," said Williams.

They started mid-August and plan to ride to the west coast by the end of the month. It's a lot of miles, but they hope to reach even more people along the way.

"The biggest thing is they can get on a bicycle and go ride as far as they want to go if they put their minds to it," said Williams.

Both have called Knoxville home for several years.