When he graduates, Little says he wants to find a job on Wall Street with the intention of opening a non-profit to help children in Louisiana. 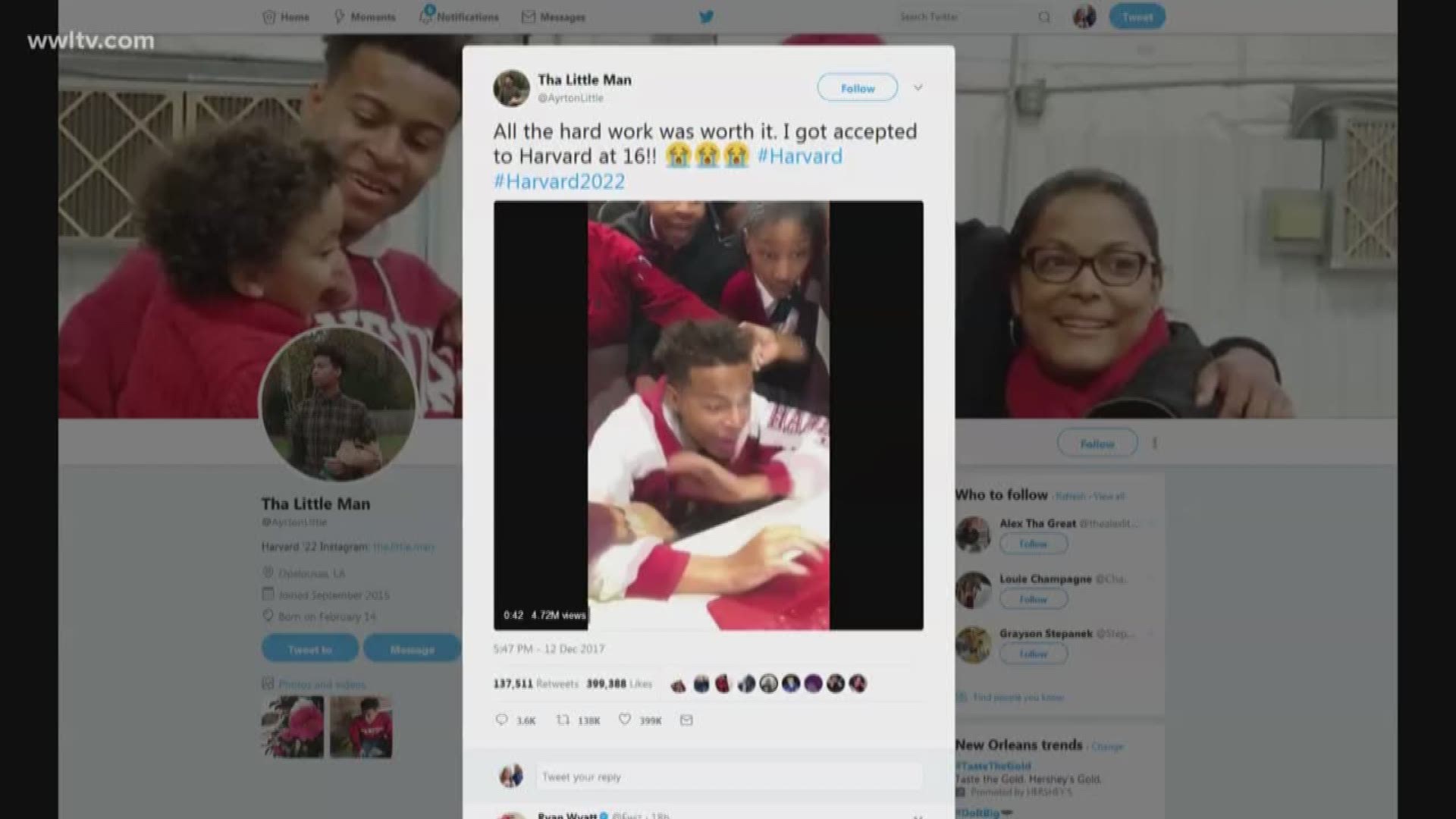 A city in central Louisiana has become an internet sensation after one high school posted videos of students being accepted into top-ranked colleges.

Video of 16-year-old Ayrton Little surrounded by classmates before erupting in cheers was posted on Twitter last Tuesday and was viewed more than 3 million times in 24 hours.

Little told the Huffington Post that going to Harvard has always been his dream. He plans on studying math and computer science. When he graduates, Little says he wants to find a job on Wall Street with the intention of opening a non-profit to help children in Louisiana.

According to the Huffington Post report, Little is not the only one in his family to get a college acceptance notice this month.

But Little’s reaction was not the only video that received national attention.

Amos’ reaction was watched more than 1 million times on Facebook and was shared onto nearly 25,000 Facebook timelines.

TM Landry also shared video of Ayrton Little’s brother, Alexander Little, being accepted into Stanford University. That video was shared more than 2,000 times and viewed by more than 109,000 users.

The school shared the other following videos: