The zoo told the couple this was the painting pachyderm's first proposal ever. 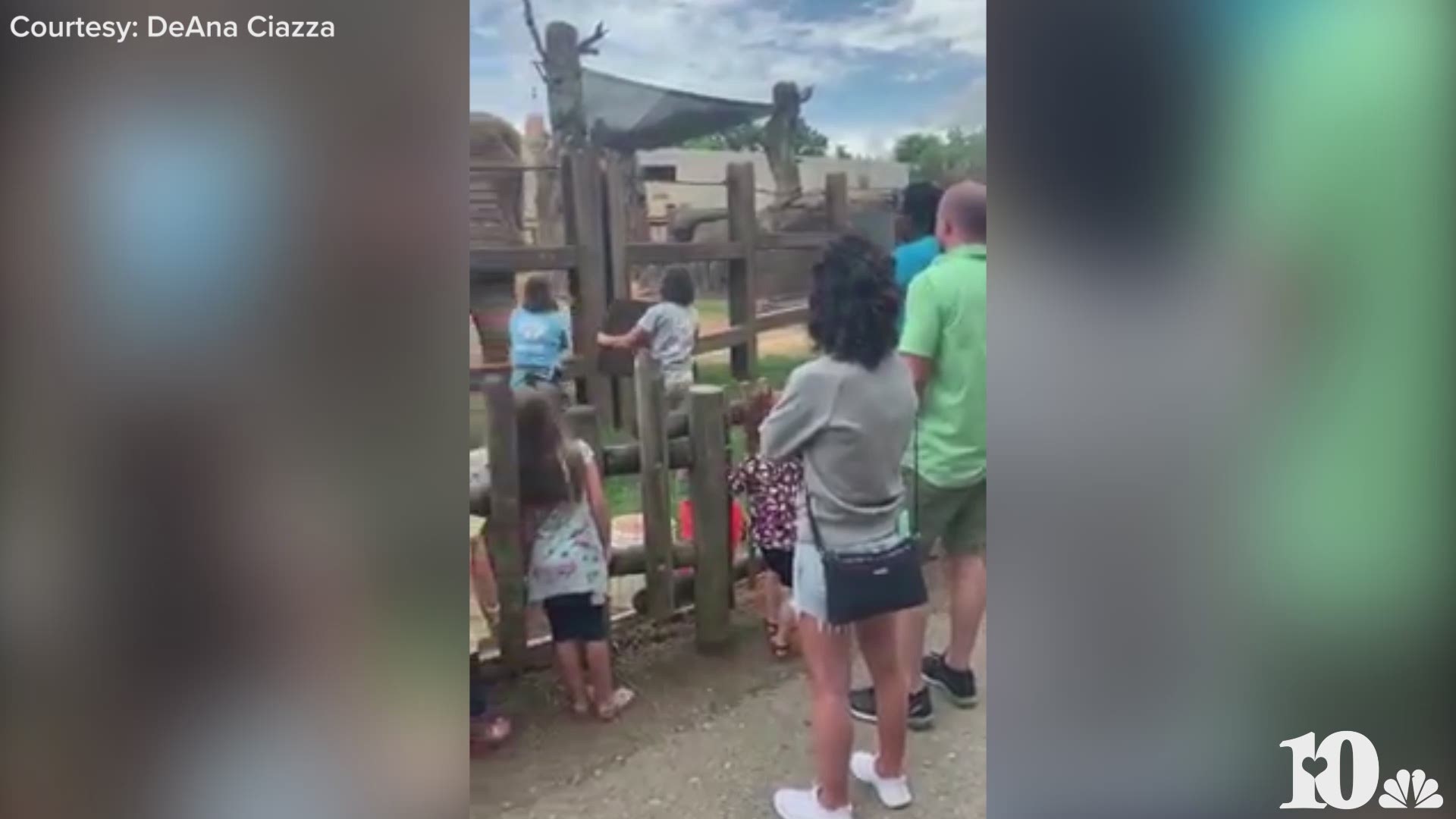 On Sunday, June 9, her boyfriend, Robert Livingston, took her and their three girls, Daylynn, Annie Jay and Brooklynn, to Zoo Knoxville to celebrate because Ciazza self-describes as being "highly obsessed with elephants."

"I have a big tattoo of an elephant," Ciazza said. "I just think they are the most peaceful and huge animals."

Ciazza and Livingston have been together for a year and a half after meeting while working at Kawasaki.

"He came over to the house after work while he was going through a rough time and we just clicked. He hasn't left my house since," Ciazza said.

In that year and a half, Livingston quickly realized Ciazza's lifelong love of elephants. So part of the birthday surprise was watching Tonka the elephant paint. However, Sunday's masterpiece was special.

As Ciazza stood watching the beloved elephant, a handler turned the canvas around revealing the words "DeAna, will you marry me? -Robert."

She turned to see Livingston get down on one knee. Obviously, she said yes!

Ciazza said she wasn't expecting it at all and was so excited that an elephant was involved.

Fun fact, the zoo told the couple this was the 41-year-old painting pachyderm's first proposal ever.