Since the first Sunday of the season of Advent in 1999, these members have met without fail. 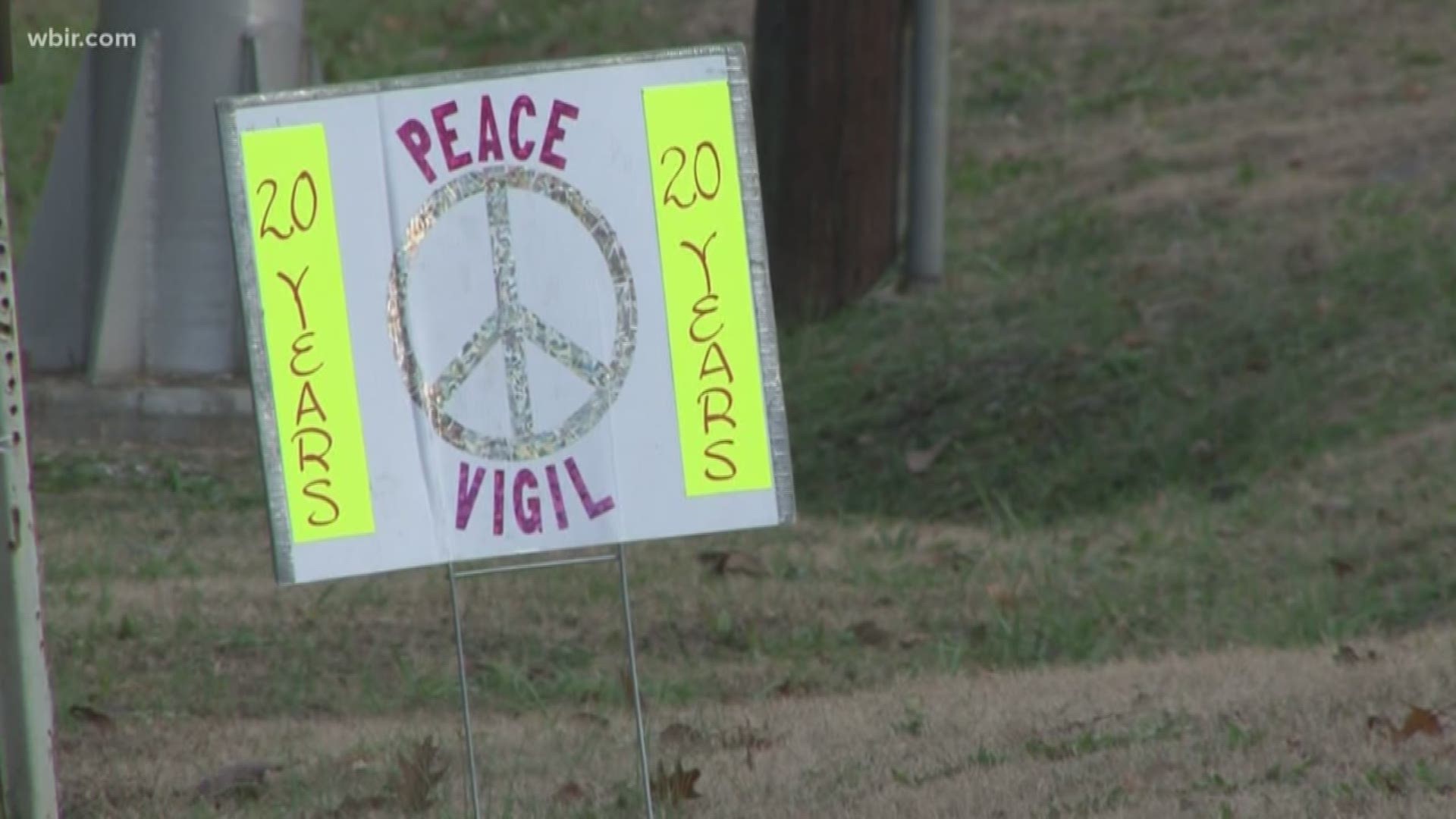 OAK RIDGE, Tenn. — One group of people stood outside the Y-12 Nuclear Weapons Complex in Oak Ridge calling for nonviolence and peace.

Since the first Sunday of the season of Advent in 1999, these members have met without fail.

The group's coordinator said their message has never changed. The power of nonviolence is greater than the power of nuclear weapons.

"It's part of how nonviolence works. Ghandi said, 'Nonviolence, when it becomes active, travels with extraordinary velocity, and then it becomes a miracle.' So we come out here week after week. We maintain a presence for peace," said Ralph Hutchison, coordinator of the Oak Ridge Environment Peace Alliance.

Sometimes a handful gathers, other times dozens, but since 1999, someone has been at the gate of the weapons facility for every gathering.