Penguin born with disabilities learns to walk at Arizona aquarium

Rosie the penguin has shown what hard work and perseverance can get you after defying the odds and learning to walk. 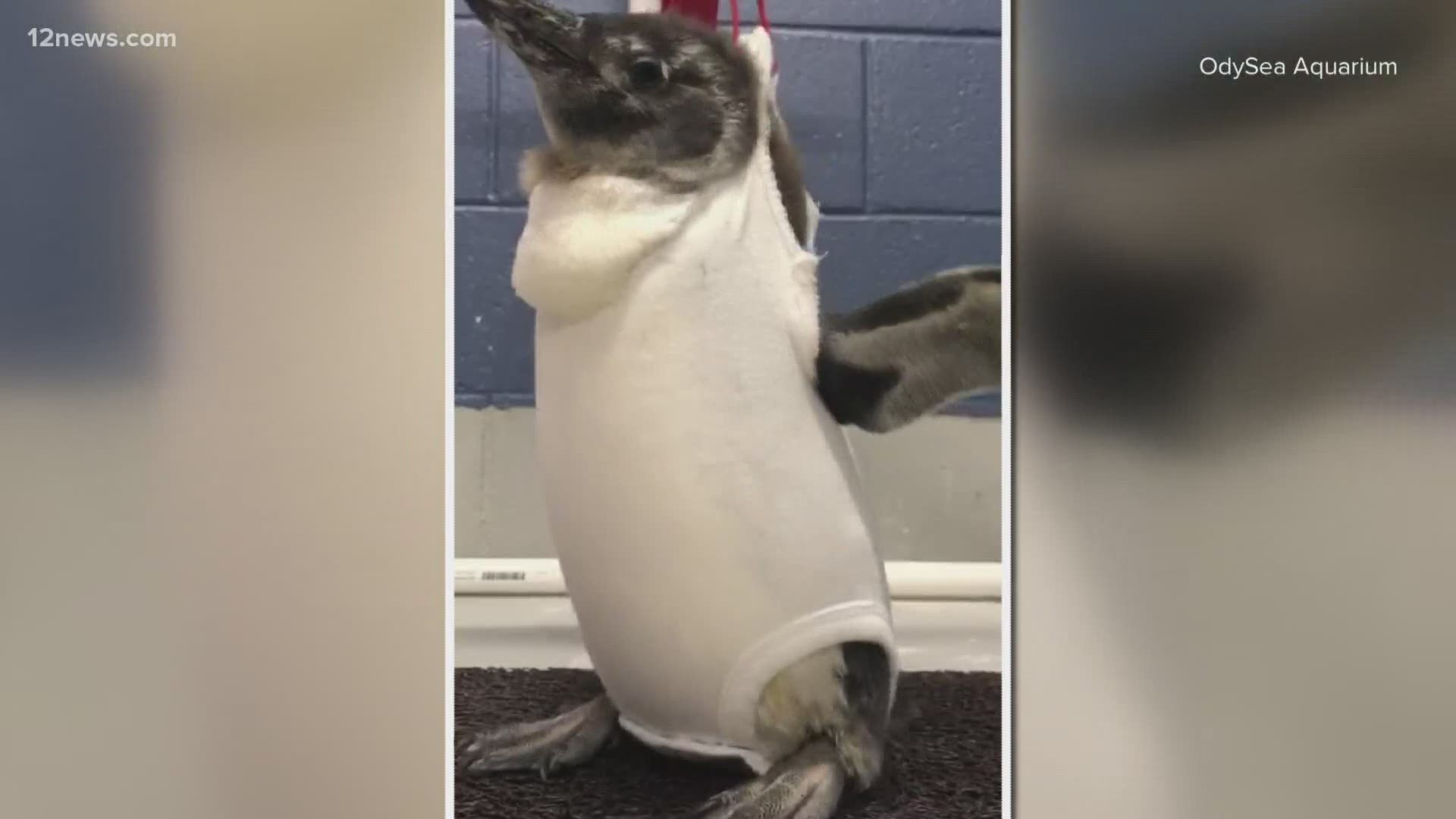 SCOTTSDALE, Ariz. — On this Labor Day, it's only appropriate that we introduce you to a hard-working girl in Scottsdale named after Rosie the Riveter.

She's less than a year old and she just so happens to be a penguin at OdySea Aquarium.

From the moment Rosie was born back in December, the team at OdySea near Scottsdale knew she was special.

“She was our 39th bird," said Jessica Peranteau, OdySea's Director of Animal Care and Education. “We did notice that mom and dad were very protective parents.”

After a few weeks, the animal care team realized this penguin's progress wasn't like the others.

“She wasn't quite hitting the milestones that we would expect such as starting to sit up and her feet were quite misaligned," Peranteau said.

Rosie's feet were not so happy.

A doctor discovered she had disabilities from skeletal abnormalities, meaning it was going to be a long road ahead for Rosie. But it was a road OdySea says was worth taking.

“Just like humans, everyone deserves a shot at a great quality of life," Peranteau said.

OdySea started off with massage therapy and quickly realized Rosie still couldn't sit up so they created a device of their own modeled after a jumparoo for babies. They fit Rosie with a onesie meant for a preemie and elastic straps.

At first, Rosie wasn't sure what to do. But with each physical therapy session came progress. Rosie started improving and after a few months, she was taking baby steps! 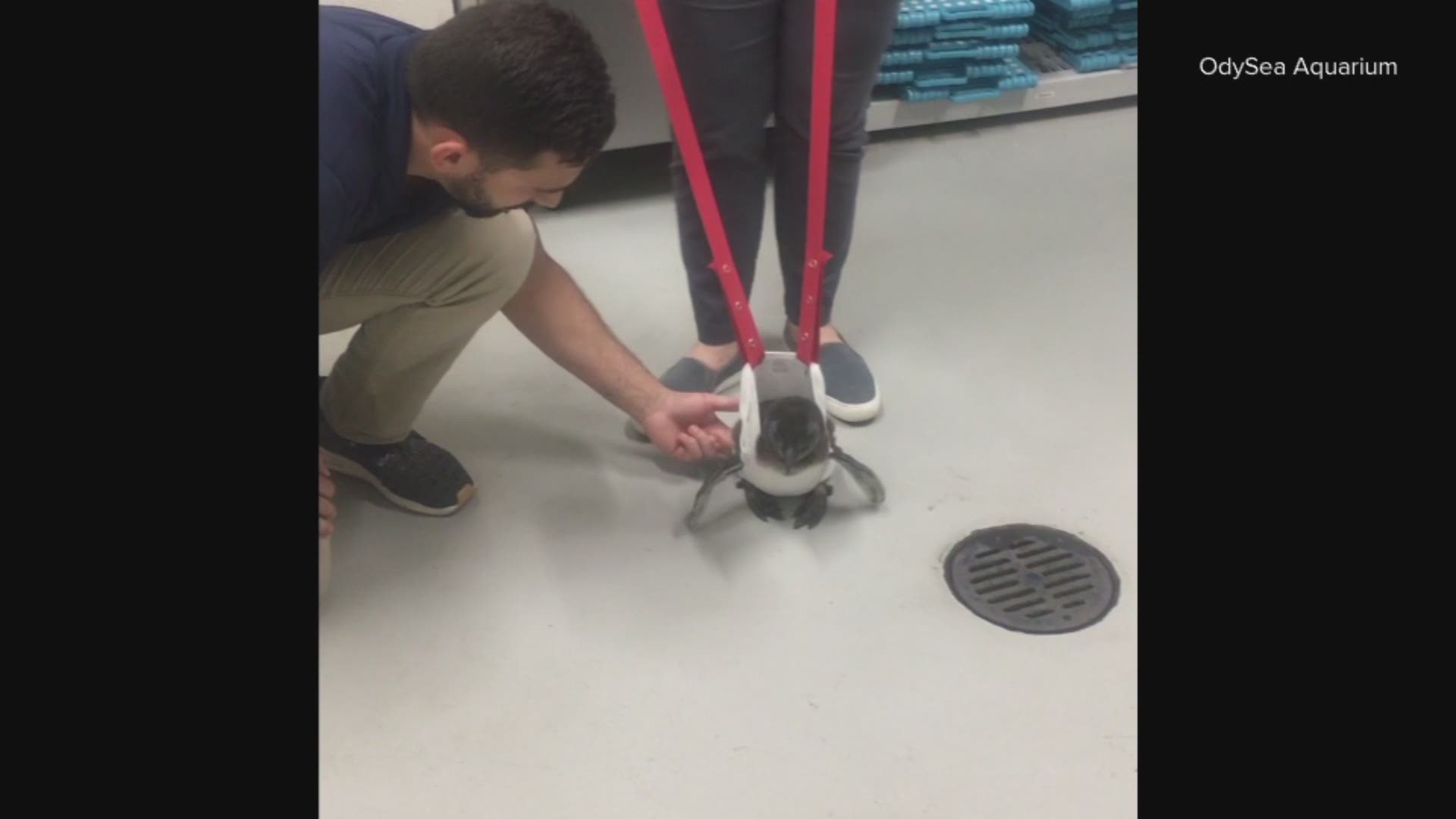 “She is aptly named after Rosie the Riveter and she is one tough chick! There’s no other way to describe it," Peranteau said.

And pretty soon, Rosie was able to retire her harness.

Now, Rosie has been reintroduced to her colony of penguins and her signature shuffle has made her a crowd favorite.

“She is a little bit different but she is just as near and dear to our hearts and as much a part of that penguin colony as any penguin," Peranteau said.

Although Rosie wouldn't be walking without her tireless team of trainers, during a time of so much uncertainty, they say Rosie was as therapeutic for them as they were for her.

“We’re all so proud of Rosie because we got so much more out of it than we ever thought," Peranteau said.

Rosie is still going through physical therapy but she is on track to becoming a fully independent penguin. You can catch her swimming and shuffling at the OdySea Aquarium! 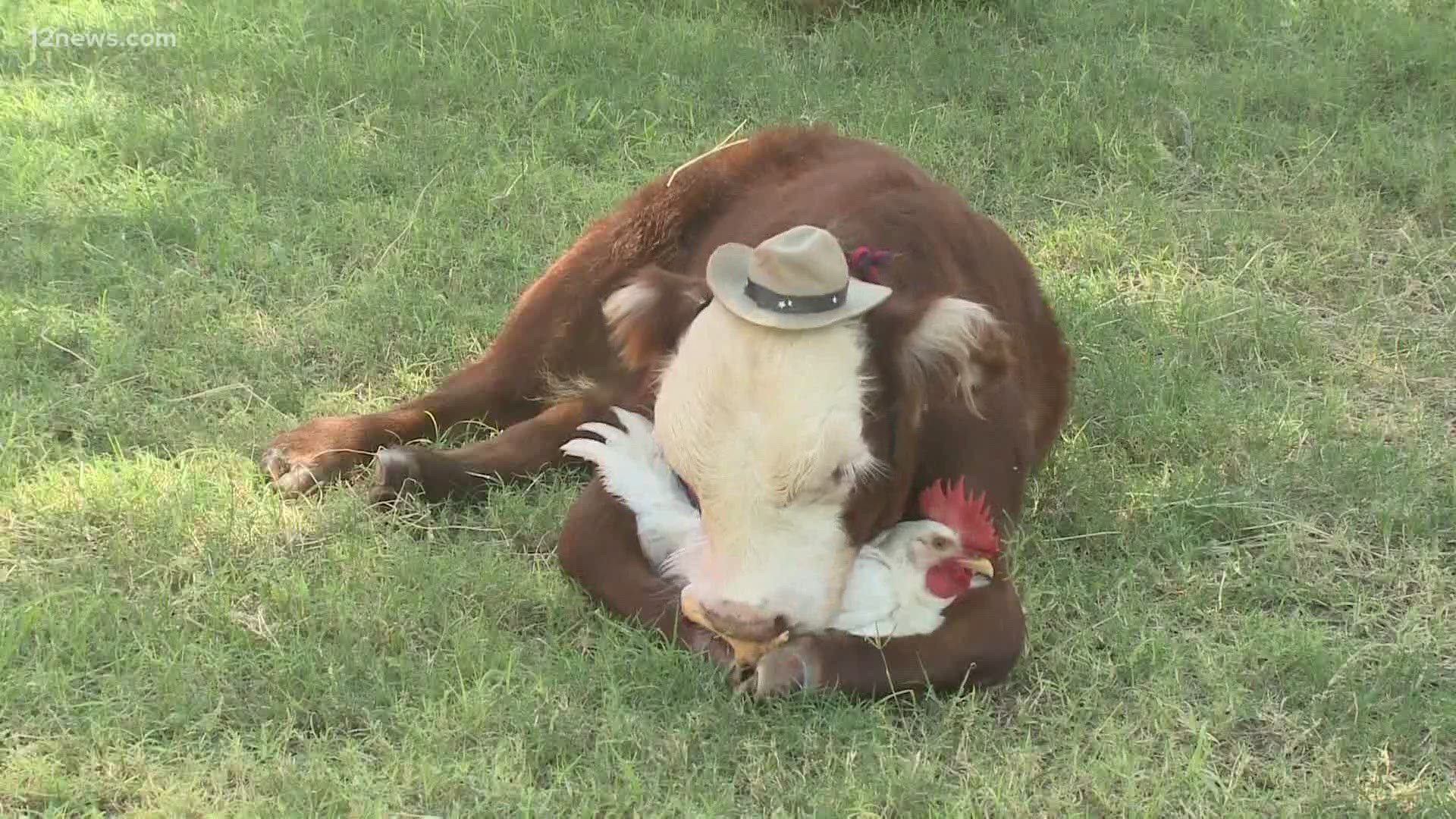