"It inspired people to say I'm gonna overcome what I have. They're watching his little story and saying if he can do it, I can do it," said Calvin's foster owner. 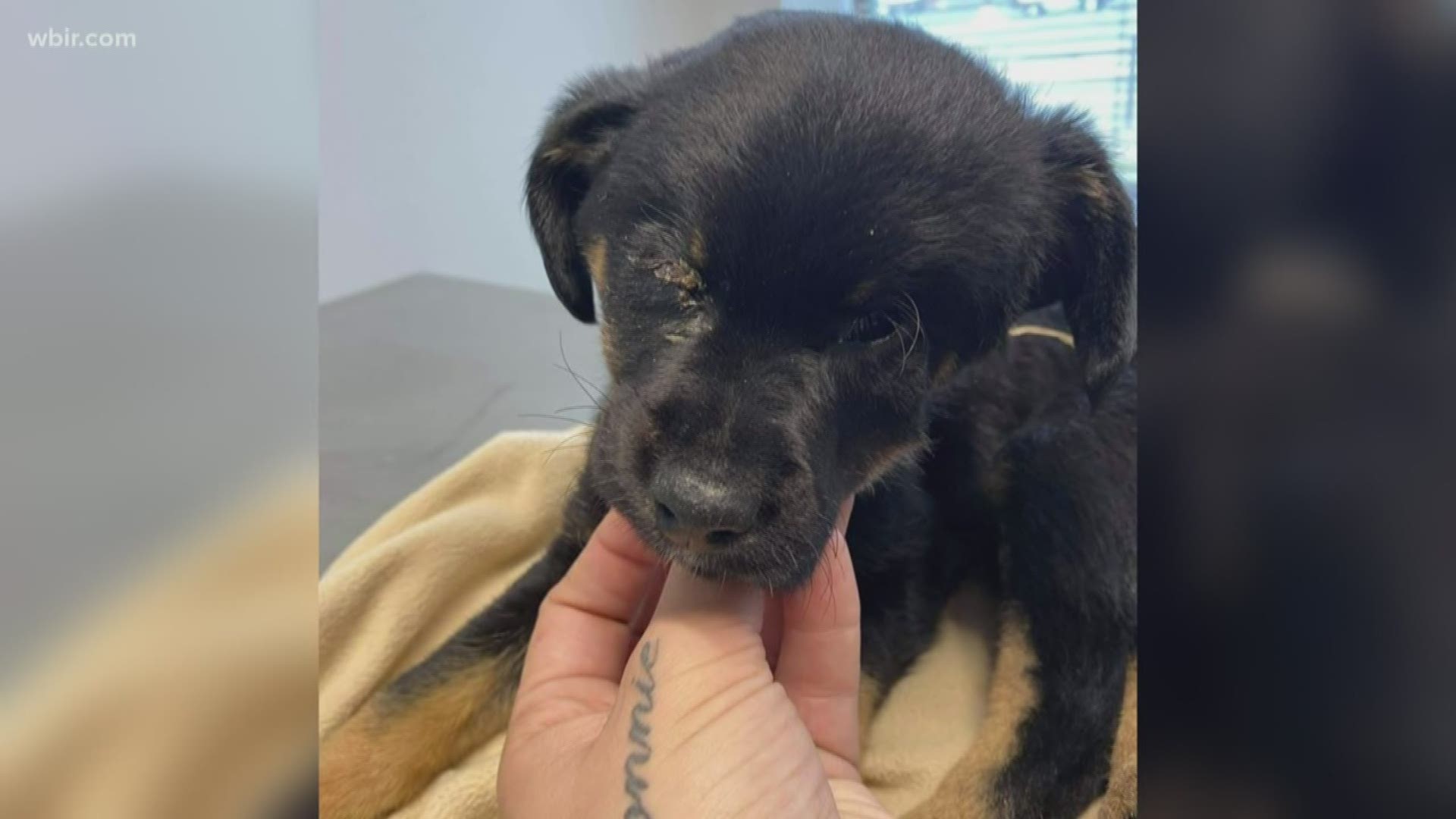 COCKE COUNTY, Tenn. — Hundreds of people are finding inspiration through a puppy's story out of Cocke County.

Calvin was found in a near-death condition left to die outside of the Friends Animal Shelter of Cocke County in November. After he was rushed to the vet a foster family took him in, not expecting him to last through the night.

While the question of who abused Calvin and left him outside of the shelter may never be answered, his foster family knows there are more important messages to be spread and they're doing it through a children's book.

"It's a miracle he's come a long way but it's because of prayer," said Allison Chiaradio who's helping take care of Calvin along with her husband, Bob.

She recalled that early November morning at the Newport shelter when someone heard a cry.

"He couldn't walk, couldn't keep his head up," she said.

Near the fence, a worker found an abandoned and abused four pound puppy.

"All he could do was scream," said Chiaradio.

Allison and Bob gave him a warm home that night, expecting the worst. But the next morning, Calvin was making a recovery.

"He got up, we gave him some water and he started drinking."

Fast forward nearly two months and Calvin has almost fully healed. The abuse he endured caused him to lose his eyesight so there have been some bumps and bruises along the way, but he always perseveres.

The positive feedback from sharing his journey on social media inspired Allison to write a children's book.

"It inspired people to say I'm gonna overcome what I have. They're watching his little story and saying if he can do it, I can do it," she said.

It teaches kids to stay strong through their adversities and spreads awareness about fostering and animal cruelty.

On Friday, Calvin visited first-grade students at Pittman Center Elementary in Sevier County. Each student drew pictures for Calvin and wrote jokes to tell him, and the teacher read his book before he arrived.

"People are inspired by his achievements," said Chiaradio.

Calvin's spirit is a ray of sunshine, and his message is one his foster family hopes continues to inspire.

"He's not a throw away dog anymore, he's someone's pet for the rest of his life," she said.

You can find the book on Amazon, it's called 'Calvin: Love Through My Eyes.' All profits of the book are going to help the shelter with his recovery.

You can also meet Calvin this Saturday at the Rustic Cow in Newport for a book signing from 12 p.m. to 2 p.m.