Leny Hayes and his daughter Catey made 400 cupcakes for officers at the Knox County Sheriff's Office. 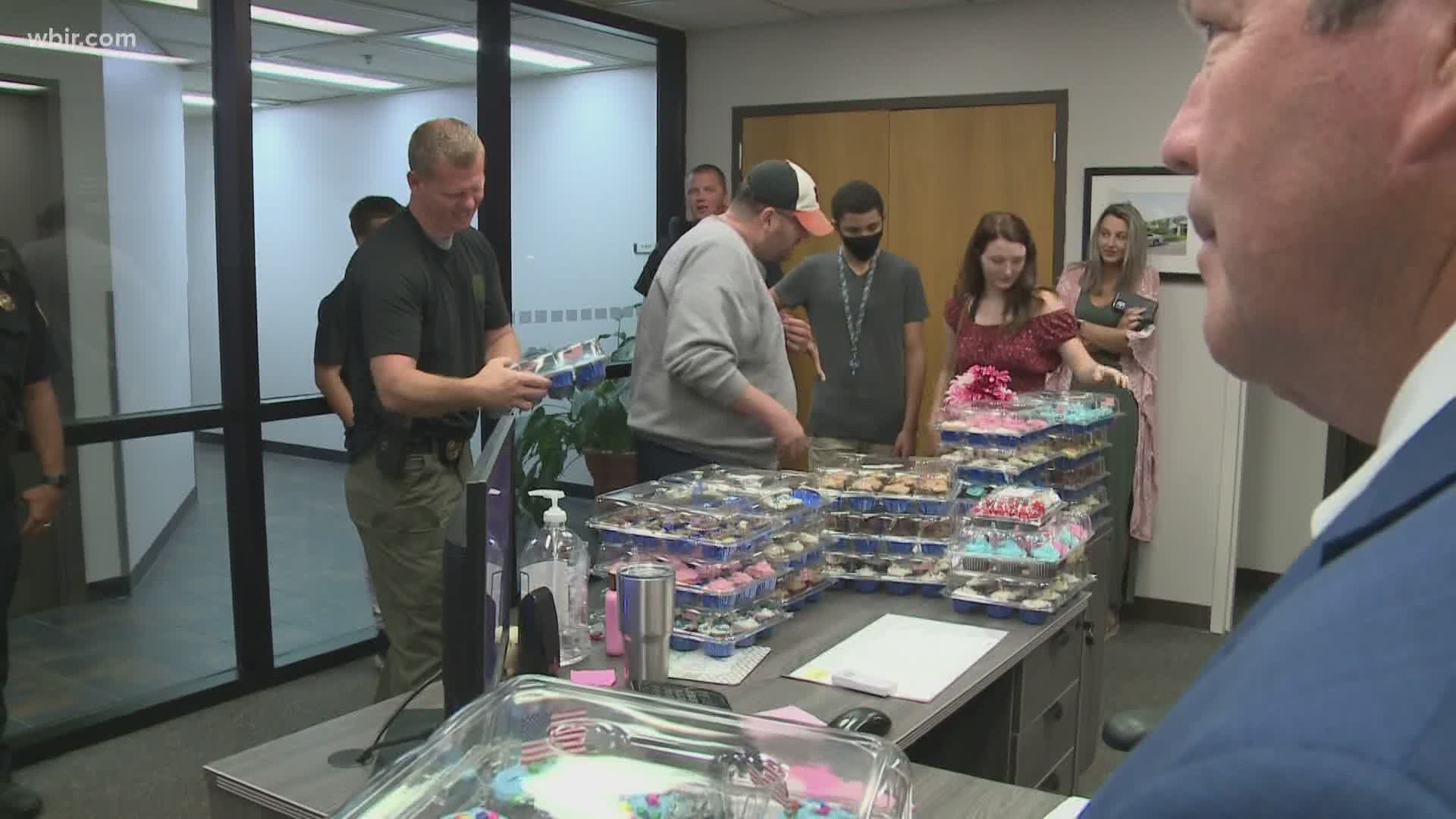 KNOXVILLE, Tenn. — There is a lot of controversy surrounding police departments across the U.S. right now. The controversy has led tension in communities across the country, but that's nothing some sweets can't help fix in Knox County.

A Knoxville man, Leny Hayes, and his daughter, Catey, made 400 cupcakes for deputies at the Knox County Sheriff's Office. They delivered the treats to the sheriff's office with the help of Hayes' friend, a K-9 officer.

"It's very well heartfelt, to have people come in and say that they appreciate us and they have our backs," Sheriff Tom Spangler said.

Together, Hayes and his daughter spent almost an entire day baking cupcakes of many different flavors including chocolate, carrot cake, strawberry and red velvet. It took them between 20 - 30 boxes of cupcake mix, and around 8 hours to make.

However much work it took, it was worth it to bring smiles to people in the community and remind everyone that no matter how much tension there may be, we're all human and we could all use a cupcake.

For showing kindness and appreciation during such a tense time, Hayes and his daughter deserve today's Perfect 10!

RELATED: Perfect 10: The City of Rockwood