Justin Bunch was away for nine months serving in the Army and was not expected to return until June, or so his family thought. 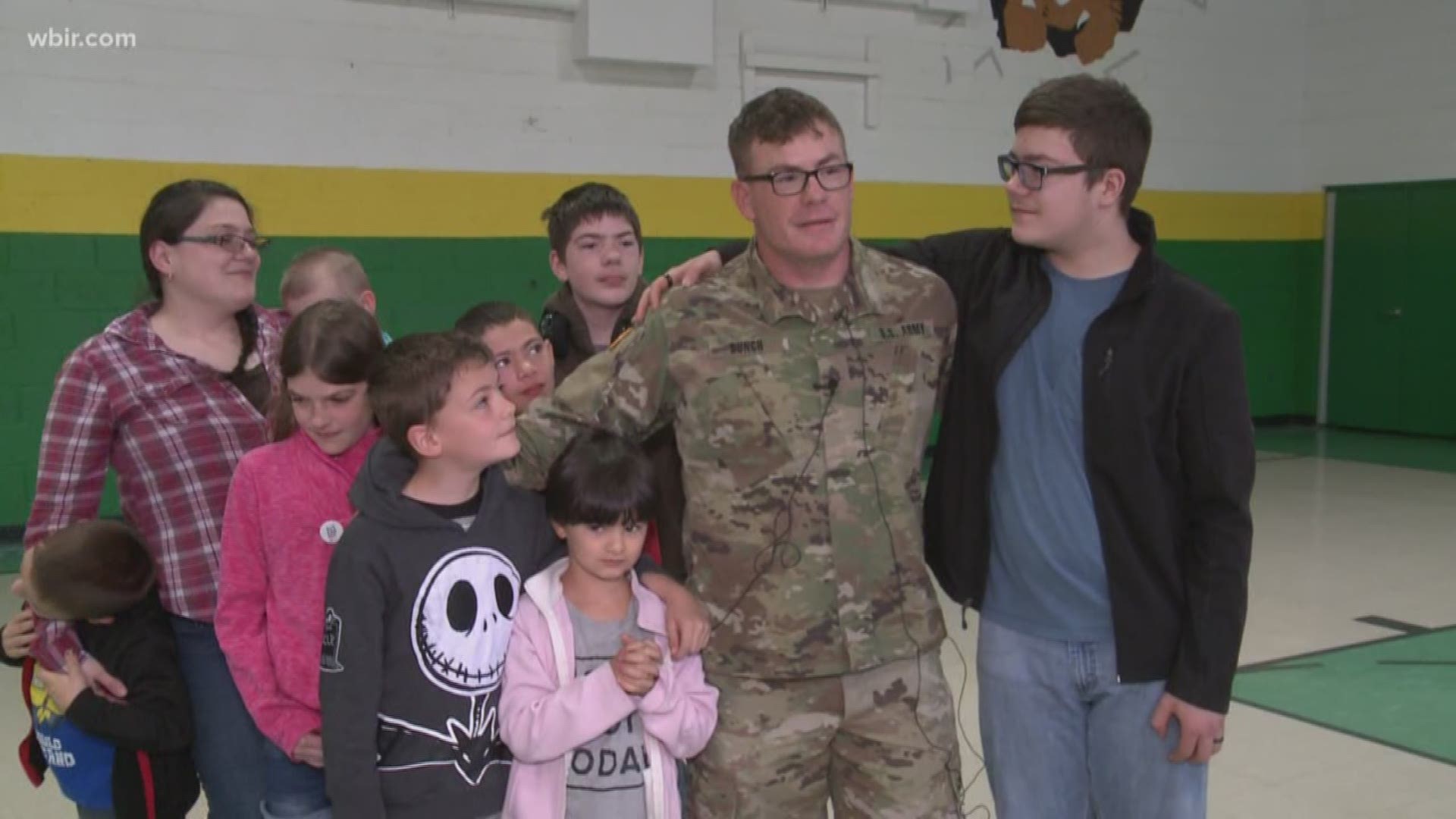 A soldier pulled off a big surprise homecoming for his kids at Big Ridge Elementary Monday, May 6.

Justin Bunch was away for nine months serving in the Army and was not expected to return until June, or so his family thought.

The father of eight children talked about surprising his kids with his wife, Kasey, but he wasn't sure how to pull it off.

"Keeping this from the kids was really hard," his wife, Kasey, said. "I was shaking because I knew that they were going to be so excited because they thought he wasn't coming in until June."

Turner said they were already planning a kick-off for their field day events so they dressed up Bunch as Twister the Tiger, the school's mascot, and waited for the students to file into the gymnasium.

"I was shaking. The whole time I was trying to pick them out. My knees were shaking," Bunch said.

With the gym packed, Turner began to call up Bunch's kids.

One by one, they joined Turner, giving Twister fist bumps and high fives on the way.

Finally, it was time for the big reveal. Bunch stepped in front of his kids and took off the mascot head.

The kids paused for a moment before realizing who was under the Twister costume. 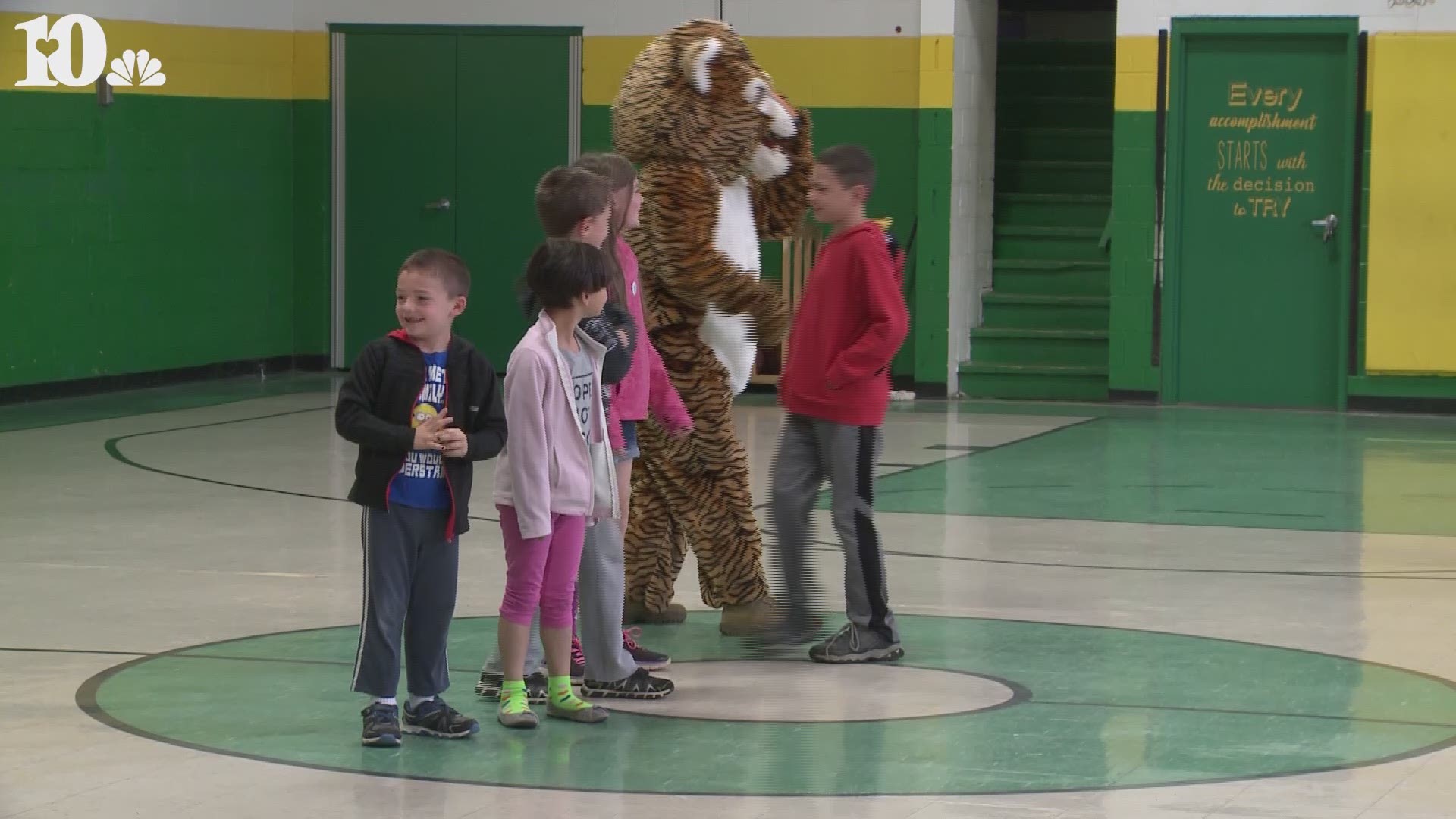 The gym erupted in applause, cheers and quite a few tears as the Bunch family hugged.

"There wasn't a dry eye in the room. I was expecting it and I was trying to prepare myself for it but it was very special. I was happy to be a part of it," Turner said.

Kasey said they get to FaceTime when Bunch is deployed and the kids love staying in touch with him. But you can't hug someone through a phone screen.

"These are my kids. This is my family so it means a lot," Bunch said.