The Army veteran served in both World War II and the Korean War. Saturday, he hit a milestone: 100 years of age. 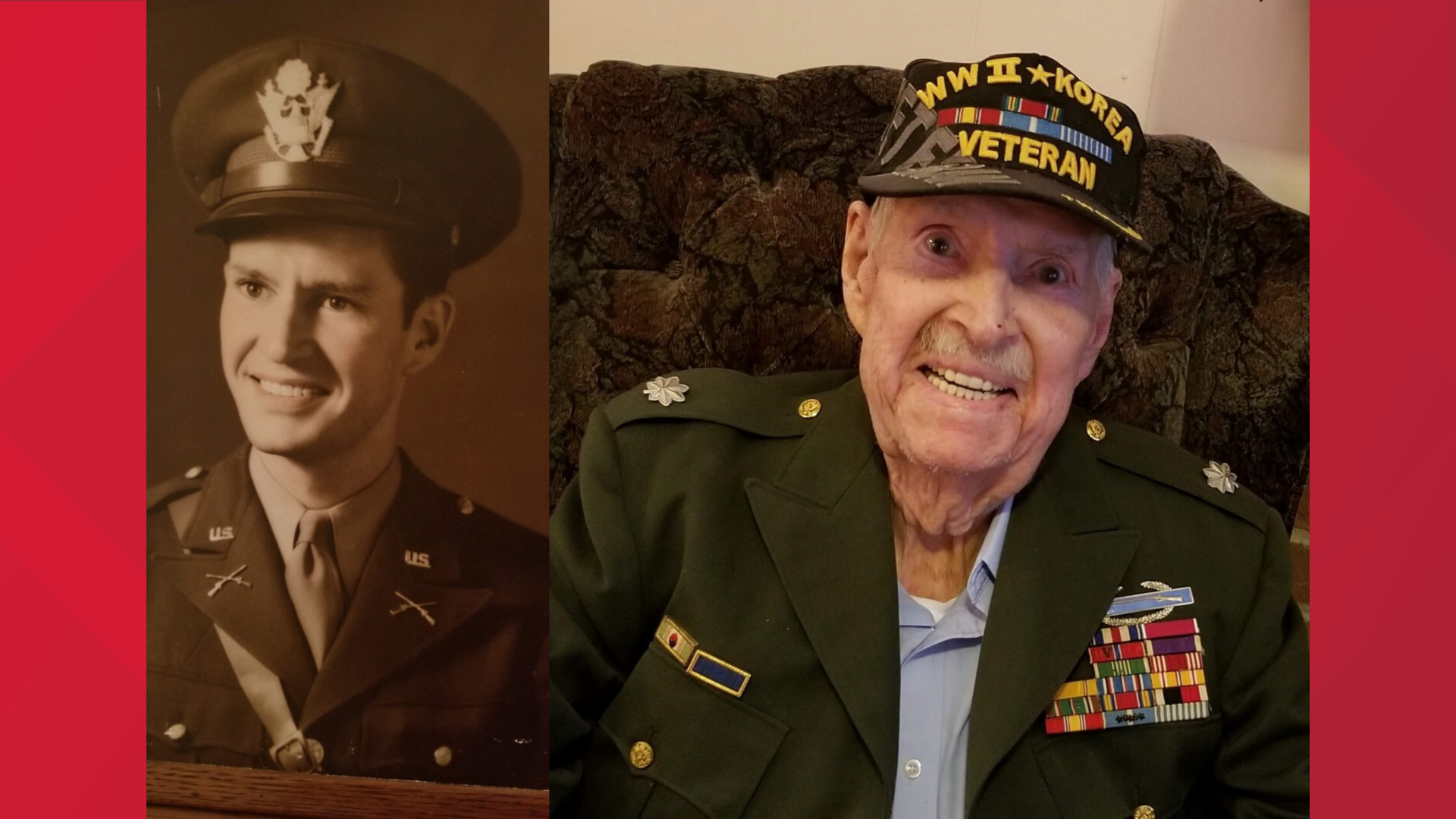 Roller was born on November 9, 1919, in Cedar Gap, Missouri. When he was 21, he joined the Army on October 2, 1941 — just months before the attack on Pearl Harbor. Roller served in both World War II and the Korean War before honorably retiring from the military on his birthday in 1979.

“I’m happy to have come through both of them, and I hope I never have to see another one in my lifetime or any time,” Roller said, adding that he hopes others feel called to serve their country if the time comes.

After retiring from the Army, he went into business and owned a grocery store until 1984 then completely retired as he says, “and called it quits.” Roller now lives with his wife Mary Jean Rich-Roller in Sharon, South Carolina.

Saturday afternoon, dozens of friends, family and new faces alike came to the Sharon home to greet Roller, thank him for his service and wish him a happy birthday. As he sat on the back porch with a red white and blue blanket draped over him, several people came up to shake his hand.

“Today is a glorious day for celebrating 100 years of life for my husband, which I love dearly,” Rich-Roller said. “We had to do something to celebrate with him. My girls just went overboard and love to do everything for him. We’re just enjoying the day and celebrating with him for 100 years of good living.”

Rich-Roller said living to 100 is a milestone for anyone, but especially her husband as a two-war veteran. She said even decades since retiring, Roller is still “American-ized,” loyal to the Army and the United States.

The two have been married for 15 years and moved to South Carolina around seven years ago from Georgia. He had previously been stationed at Fort Benning in Georgia, and years later they met at the Veterans of Foreign Wars (VFW) nearby.

Rich-Roller said she remembers dancing that night. Roller is recovering from a back injury right now, but the two still love to dance together.

“I’ve lived a good life,” Roller said. “I can’t kick on anything that’s happened to me so far. I have a wonderful family, and here I am, enjoying life and hoping to get a little bit more. I’m planning on being around for a few more years, and I hope that I make it and I’m going to try real hard. If I don’t make it, I've lived a good life.”

Roller grew up in a family of eight children. He now has one brother left, he still calls him his “baby brother.” His brother wasn’t able to make the flight from California to the party, but they still keep up.

“I’m happy, the happiest I’ve ever been in my life right now,” Roller said. “I miss all of them. I miss my mother an awful lot … I’m just happy to be alive today and happy to know that I’ve got, I hope, a few more years.”

In the years since leaving the Army and the working world, Roller said retirement has been all he’s hoped for: quality time with his wife and family, petting his beloved dog Sassy, and plenty of time to go golfing and fishing.

Roller said he hopes everyone is able to have as good a life as he’s had. He encourages people to live life to the best of their ability.

“I’ve lived a good, free life,” he said. “I’ve enjoyed it very much. Life has been good to me. I hope I’ve been halfway decent to the life that I’ve lived.”