Camden Tunnel has been on two rescue missions with Pilots N Paws. 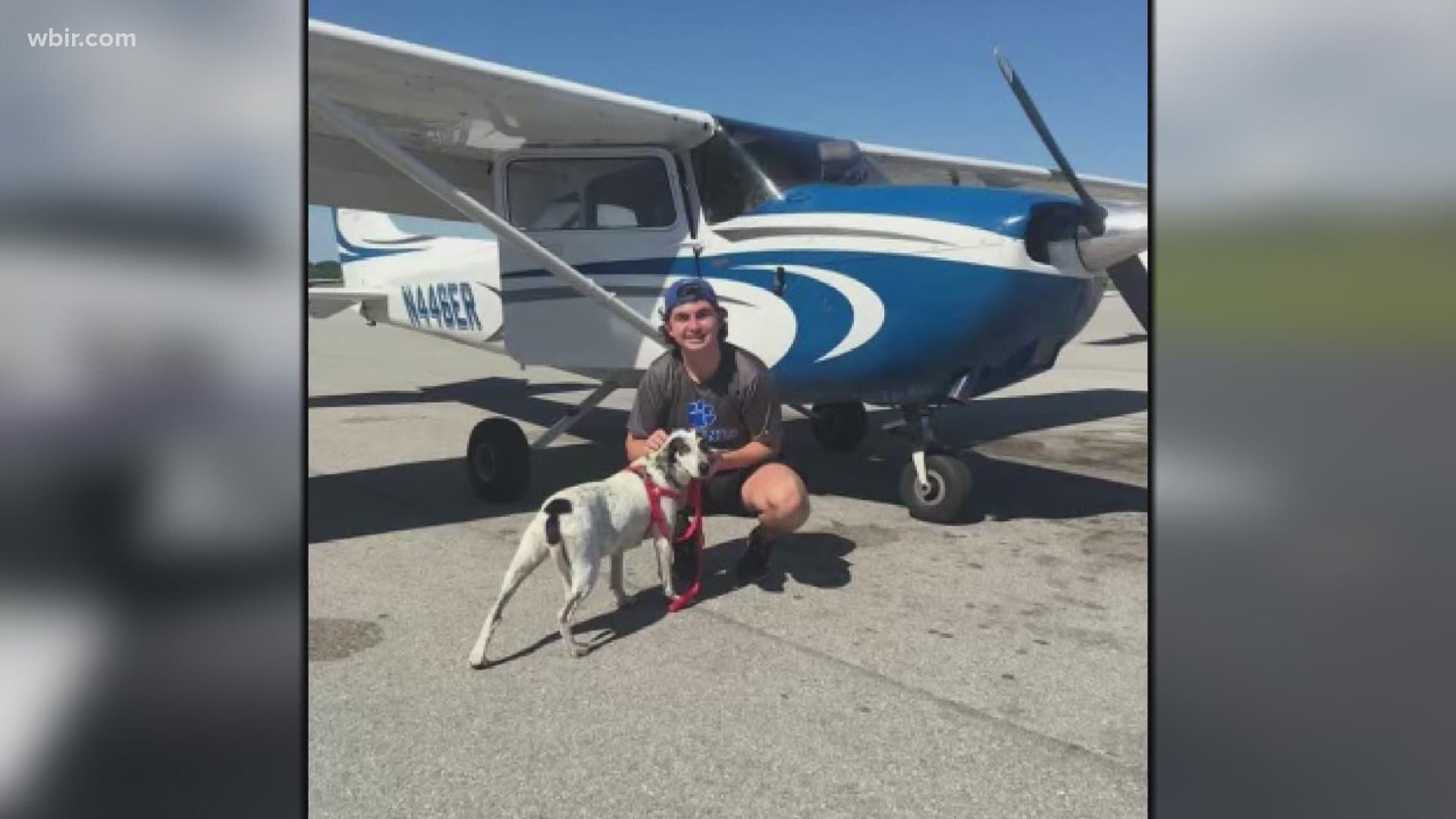 RINGGOLD, Ga. — A young pilot from Ringgold, GA, has combined his love for flying with helping animals.

Tunnel said he knew he had a future in the air at the age of three.

"I took my first plane ride in a small plane for my 8th birthday and I loved it and I knew that was what I wanted to do forever," Tunnel said.

At 14, Tunnel enrolled in flight school where he was tasked with more than 40 hours of training and exams in the air and on the ground.

After earning his pilot’s license, Tunnel was allowed to fly with clear skies and do the basic minimum of what a pilot can do.

With more flight hours required to be able to fly larger aircraft with passengers, Tunnel decided to marry his love for aircraft and animals to get the flight time.

The young pilot has been on two transport missions with Pilots N Paws, a non-profit where pilots can volunteer to fly abandoned pets mostly from kill shelters and rescue groups to safe shelters, fosters, and permanent homes.

"Really, I love hanging out with dogs and you know, building hours is really the main why I'm doing it," Tunnel said.

While Tunnel volunteers his time, his parents have paid for the planes and supported him by cheering him on.

"He's an amazing kid but to have his pilot's license at 17. We are so proud of him. We get up every morning and go to work because we want for our kids what they want to do and we wouldn't have it any other way," said Alyson Tunnel, Camden’s mother.

Tunnel told WRCB he planned to attend Middle Georgia State University for their advanced flight program in the fall.

He added that he will continue to do missions in his spare time.