Charlotte Maxwell-Jones said she could not board a military evacuation flight with the animals in her clinic, according to reports. So she stayed behind. 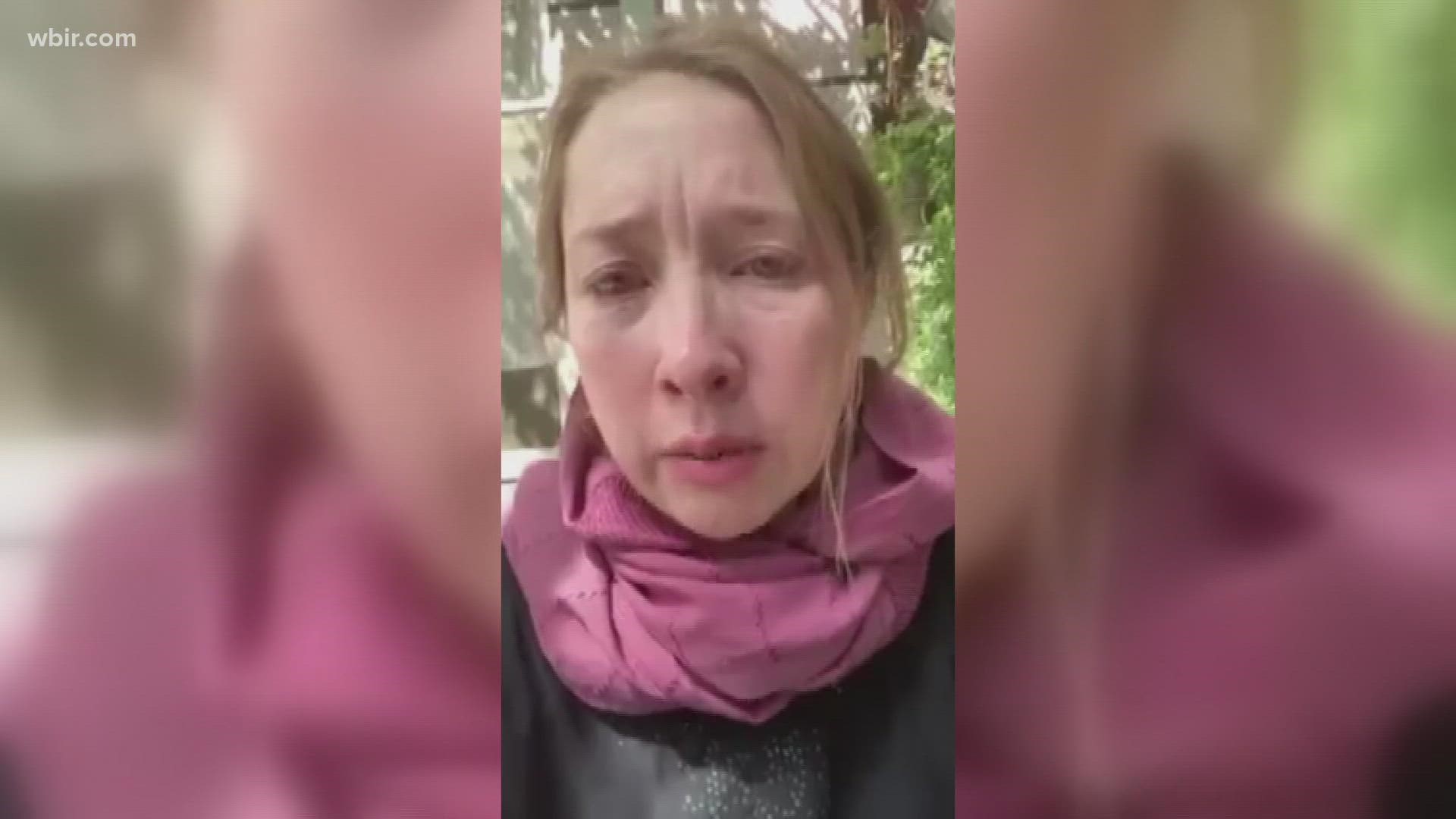 KABUL, Afghanistan — A woman from Oliver Springs who flew to Afghanistan and started a rescue clinic for small animals is still in the country, according to reports.

Charlotte Maxwell-Jones said that she could not board a military evacuation flight with the animals or charter a private flight before international troops left, according to reports. Instead, she stayed behind to help the cats and dogs under the care of Kabul Small Animal Rescue.

On Aug. 30, she had to leave the airport with a puppy in her arms while the last military evacuations continued. According to reports, she was escorted back to the rescue shelter by Taliban soldiers.

A GoFundMe campaign was also created to help fund KSAR as it tries to evacuate the staff and animals under its care.

The rescue clinic was founded in 2018 to help strays and provide veterinary services, while also helping ship animals abroad for adoption. One of the most common kinds of clients she worked with were American soldiers who befriended animals on deployment and wanted to bring them home.

According to reports, around 250 cats and dogs were still under her care and she said eight charter planes had canceled recently, costing her money in nonrefundable deposits.

Reports also said that photos of around 125 dogs in carrier cages that she had been trying to ship out of Afghanistan circulated on social media, along with accusations that U.S. forces left their working dogs behind. A Pentagon spokesman said that the photographed dogs belonged to KSAR, not the military, according to reports.

Maxwell-Jones said that she intends to work with the Taliban to retrieve the animals, according to reports.