The owners of Lost and Found Records said the unexpected donation helps more than the anonymous donor may realize. 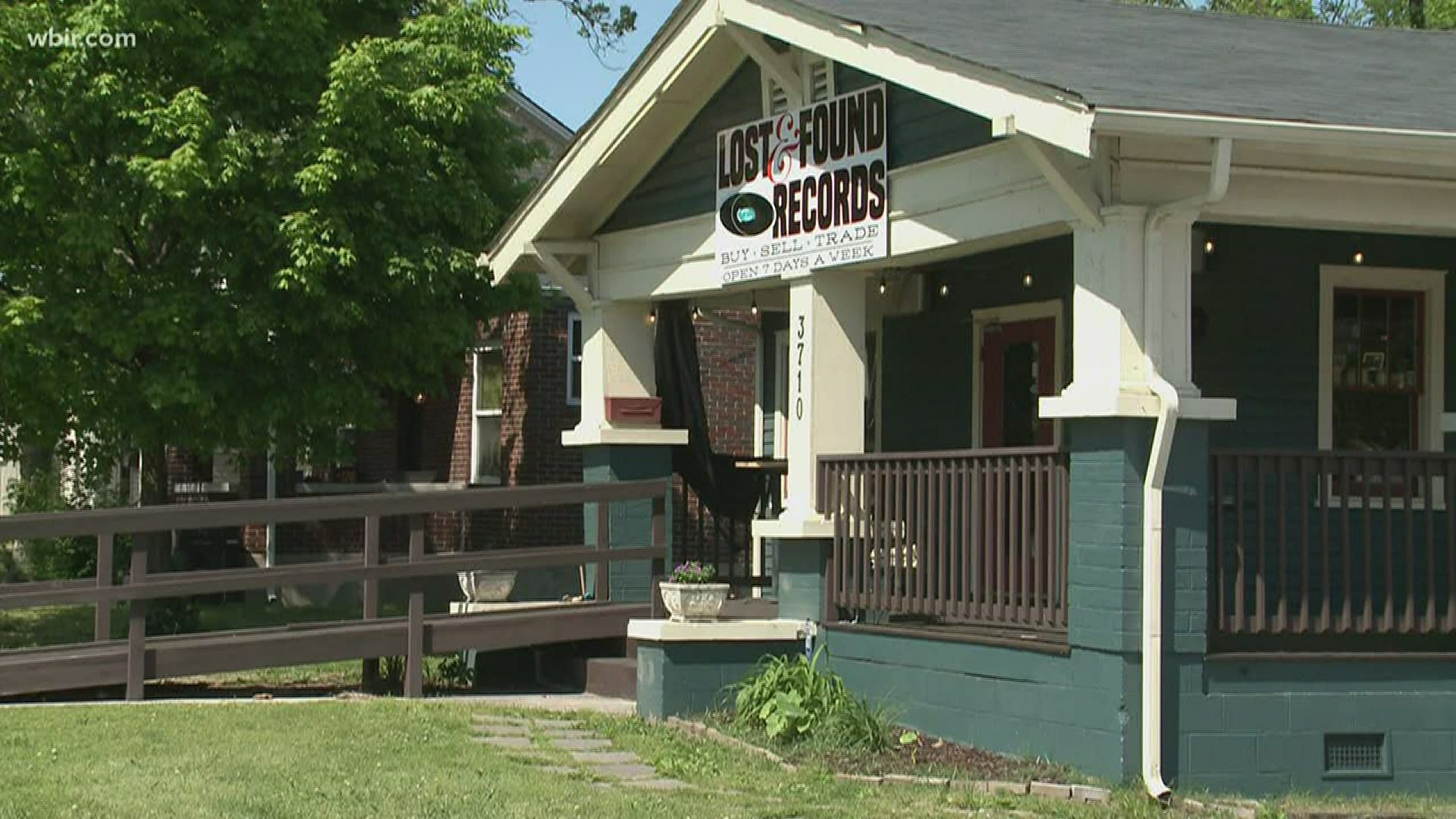 KNOXVILLE, Tenn. — Lost and Found Records in North Knoxville found some unexpected community support Thursday when an anonymous donor paid off the store's rent for May.

The owner, Maria Armstrong, was working late April 30 when she got a text message. It said that she wouldn't have to worry about rent for May.

At first, she didn't know who the message was from. The person revealed themselves as her landlord, Linda Fisher, and said that she couldn't tell Armstrong who paid her rent. Fisher is part of the Fisher family that owns nearby Fisher Tire.

"She said, 'All I can tell you is that you have a lot of people that love you and love your store,'" Armstrong said. "I said that she had to tell me who it was, and all she could say was, 'I am sworn to secrecy.'"

Fisher said it wasn't her, and so Armstrong wrote a Facebook post on Lost and Found Records' page to thank the anonymous donor. She said she wanted to thank the person from the bottom of her heart, and that the donation helped more than she could describe.

"I was writing my little Facebook post, but I just didn't know what to say," she said.

Armstrong also did not say how much the payment was for, but said that the donation helped more than she could describe. She also said that the gift certificates people have bought, along with other small purchases from the community, have helped too.

"We're not a small business, we're an itty-bitty business," she said. "I wanted to thank everyone for everything — for buying gift certificates and just for everything."

"Do you try to reopen or stay safe and potentially lose your business?" she said. "I've spent 30 years building this business."

Gov. Bill Lee has allowed retailers and restaurants to reopen their doors, so long as they follow guidelines to help slow the spread of COVID-19. Businesses should stray at half-capacity and maintain social distancing between customers and staff. They also need to sanitize the store frequently.

"I hope one day I find out who this is, to personally thank them," Armstrong said.

RELATED: In photos: Gatlinburg restaurants, retail shops allowed to open at half capacity