When the power failed, Texans stepped in to help each other. 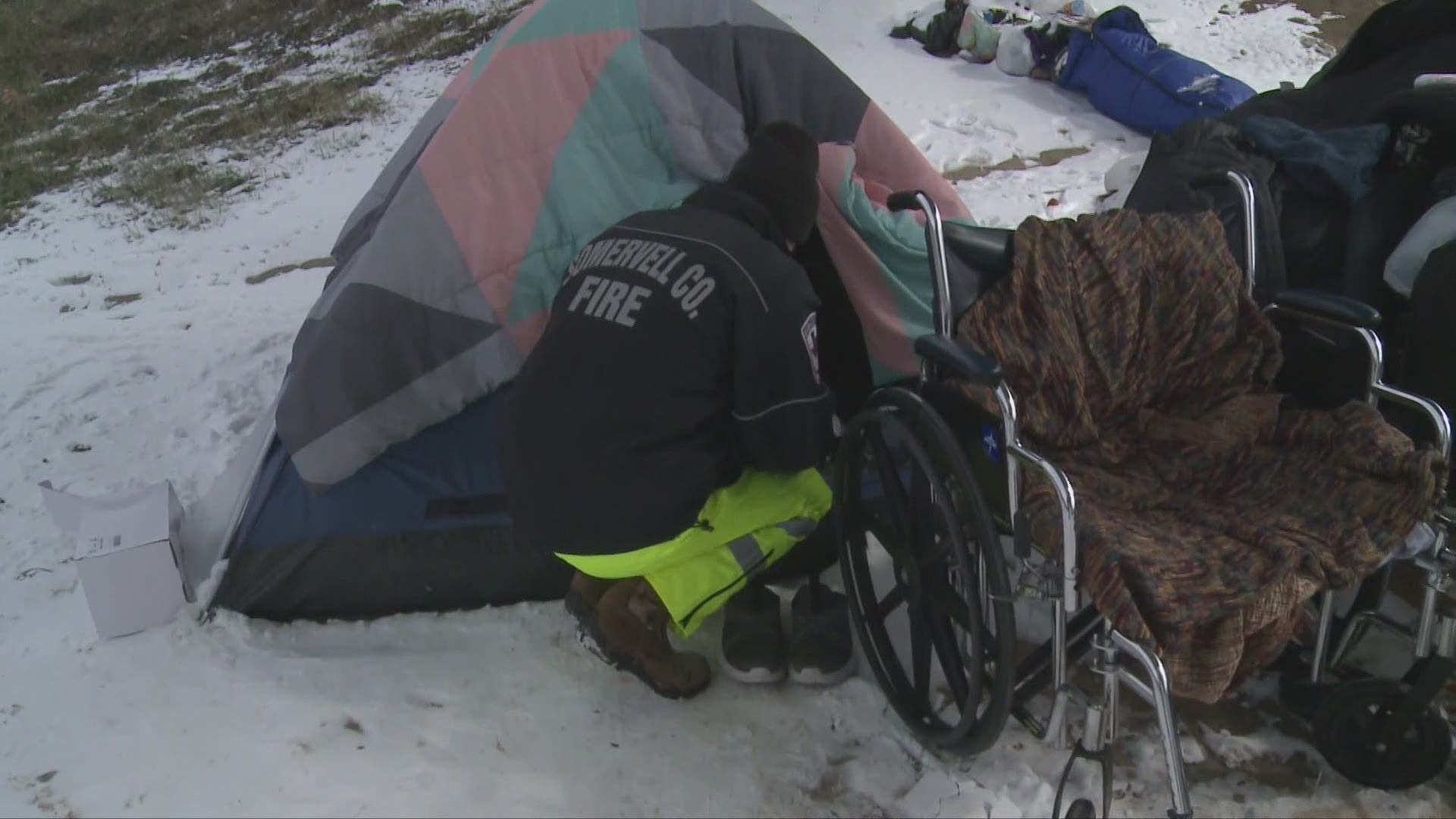 FORT WORTH, Texas — Earlier this week, when firefighter Jamie Cashion ended up on the side of the road in the bitter cold, he believed there was a reason.

“I’ve been led a direction,” Cashion said. “That’s all it is. You can either believe or not believe.”

It happened when a mutual friend in Fort Worth asked for a ride to work.

On the way, Cashion noticed a homeless man limping down the street.

He gave that man a ride. When he was done, he found two others out in the cold and took them to a shelter.

“So when I was done with that, in my mind, I’m like, ‘Oh my gosh, there’s people that stay in these conditions,’” Cashion said. “I just can’t turn a blind eye when people are freezing.”

The next morning, Cashion was back, caring for Fort Worth’s homeless.

Before returning, he put out a call for help.

Pretty soon, someone showed up with coffee. Someone else brought breakfast and others took those with frostbite to get treatment.

“There’s a lot of good people out there,” Cashion said. “We’ve got some good ones in Fort Worth, Texas.”

Over the past year, we’ve confronted each other over masks, race, and politics, but this week, as our world was freezing, our hearts were thawing.

When neighbors had extra firewood, they didn’t save it for people just like them.

The comfort of a shelter wasn’t reserved only for those who share the same beliefs.

And when the roof was caving in, no one cared about the politics of their guardian angel.

For many people, the snow and ice was devastating, but through it the cold revealed our warmth.

“The brightest stars are those that shine for others and I love that quote,” Cashion said. “It’s my job to go out and shine for these people that can’t.”

Eventually, the lights will come back on and life will return to normal. When it does, will we still have the power to love?