Maurine Henry was honored by her congressman and Governor Abbott. 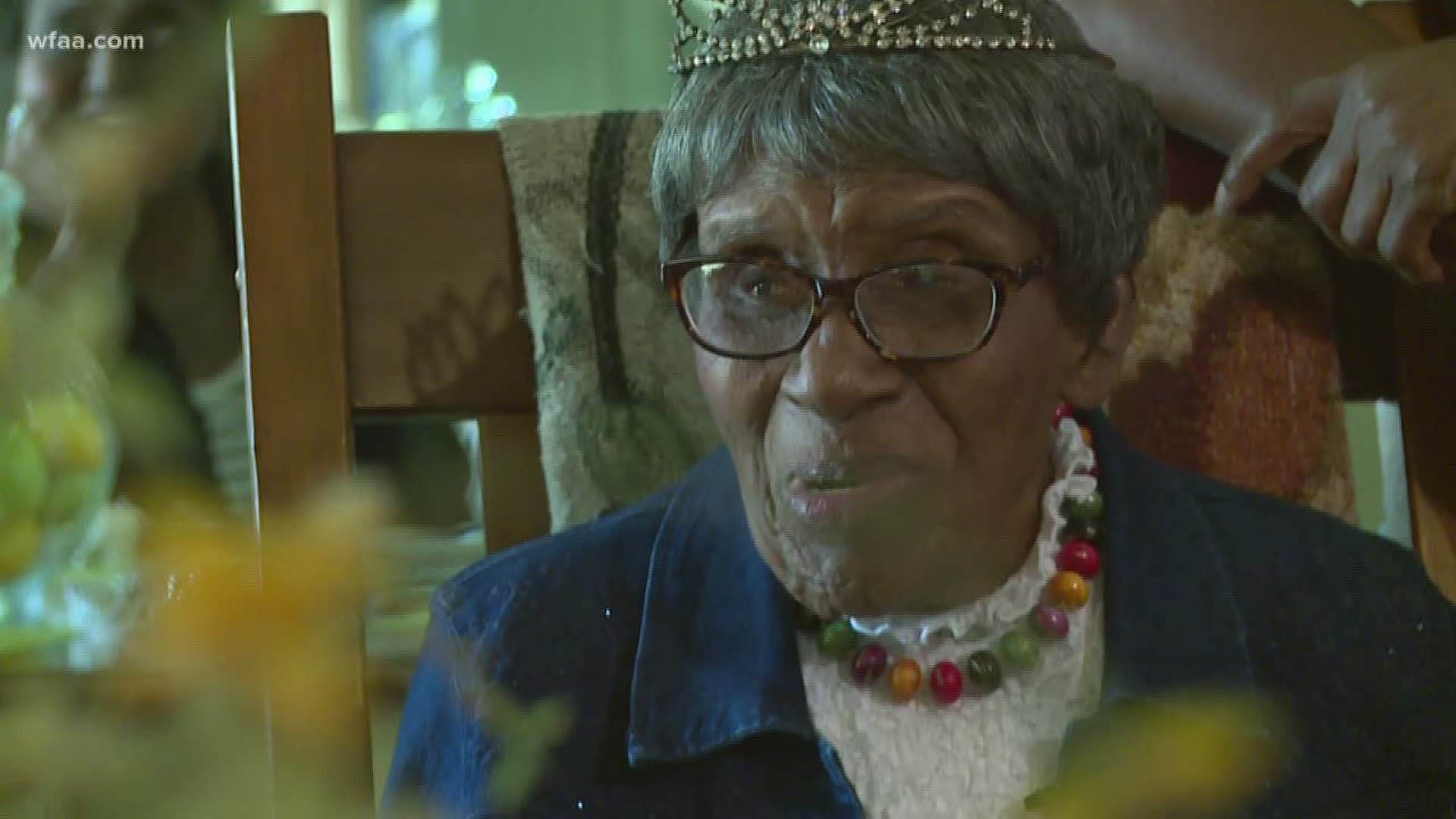 It’s not uncommon for politicians to go door-to-door, asking for votes.

United States Congressman Marc Veasey isn’t running for re-election -- at least, not yet. He’s come to this home in Fort Worth to see the queen.

Maurine Henry is the matriarch of her family and one of congressman Veasey’s constituents. She turned 105 this week.

“I feel pretty good most of the time,” she said.

Born in 1914, in the east Texas town of Quitman, Maurine grew up on a farm, picking cotton.

She was married in 1934, then worked at home raising five daughters and keeping them away from her one son.

Although she can’t get around like she used to, Henry says she could probably still whip up a good meal, if she was allowed in the kitchen.

“They say I might set somethin’ on fire,” she said. “Or myself.”

Henry really only gets heated when she talks about politics, which she loves to do. That’s why she was over the moon when Congressman Veasey presented her with a certificate.

She even got a visit from her city councilman and birthday wish from Governor Abbott.

Henry says she’s here today because of faith, friendship and a found purpose. “Trust God for one thing,” she said. “Treat everybody right and live a good life yourself.”

More importantly, she says she’s been blessed “I thank God for meeting y’all.”

Because it’s sweet to be celebrated by the people you love, but it’s even sweeter when they bring cupcakes, too.

RELATED: 'The tattoos I do are not meant for everyone to see' | Artist tattoos nipples onto breast cancer survivors