For five years, Eric Bailes has hiked trails in the Smokies dressed in various Christmas outfits, all with the goal to spread joy. 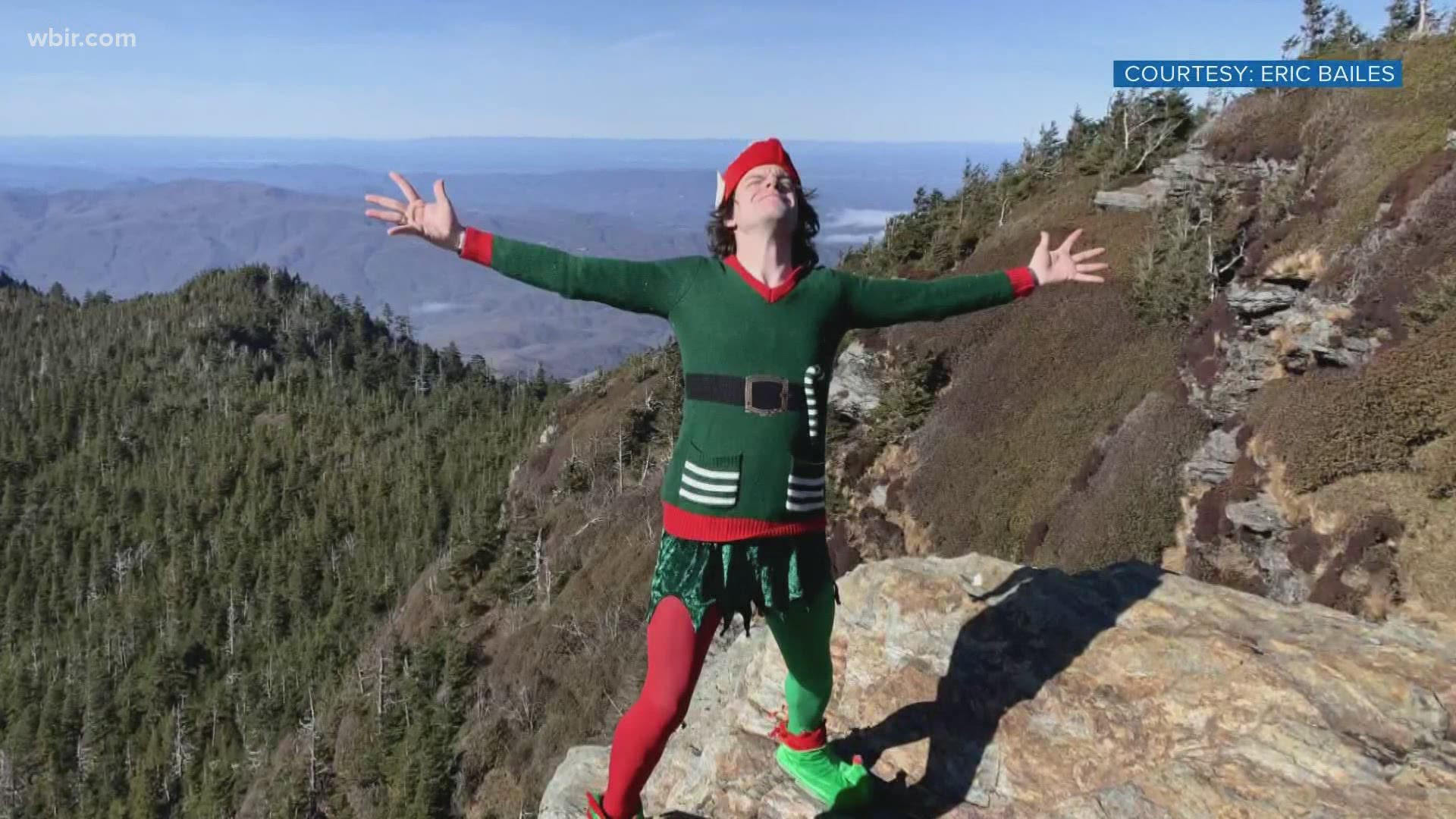 GATLINBURG, Tenn — A Knoxville man's Christmas tradition is full of holly jolly hiking on trails in the Smokies.

Bailes said it all started when he was a sophomore at the University of Tennessee.

He chose to do one hike a week and decided the trek near Christmas needed to be a special one.

“Closer to Christmas I thought, ‘Oh what could I do that would be pretty special?’ and I was like, ‘Ooh! I can dress up as Santa Claus,' so Christmas Eve I went up to Charlie’s Bunion dressed as Santa Claus," Bailes smiled.

He doesn't always dress as Father Christmas, though. He also suits up in an elf costume some years.

"Anyone can put on some leggings and you know a sweater and an elf hat," Bailes said.

Even though the 2020 Christmas Eve morning was filled with rain and mud, he wanted to keep the tradition alive no matter what.

"This is just such a good testament to holiday cheer and joy," Bailes assured.

Through the storm and rain, he still hiked through, with his jingle bells echoing in the distance.

"I guess it's pretty on point for this year that you know my plans got ruined, but you know I'm here and I'm still gonna enjoy my time out here in the park," Bailes explained.

Though the year of the pandemic took so much from so many, Bailes knows he can bring a little bit of happiness to his friends and family by posing for pictures and sending them to inboxes everywhere.

"What I would do is I would take those pictures and in the wee hours of Christmas morning, like midnight, 1 a.m., I would send those pictures to every single person in my phone list," Bailes laughed.

This year, he chose to do an early hike to Mt. Leconte in the snow and send out Christmas cards to his loved ones.

Of course, he makes sure to grin at people walking by on the trail, and more often than not, they smile back.

"I probably didn't see a single person that didn't have a smile on their face as they saw me, so I just kind of want that universal, just joy," Bailes nodded.

Just like hiking a trail, he moves forwarding knowing as the calendar changes, his happiness will be growing.

“Since I started planning this, I’ve really been listening to the song ‘Have Yourself a Merry Little Christmas’ a lot and the last verse you know it says ‘some day soon we all will be together if the fates allow,’ and I’ve really just been thinking about that and what that means this year a lot," Bailes said.

Bailes said he hopes everyone has a Merry Christmas and gets a kick out of his pictures.