Their service to this country spans generations. 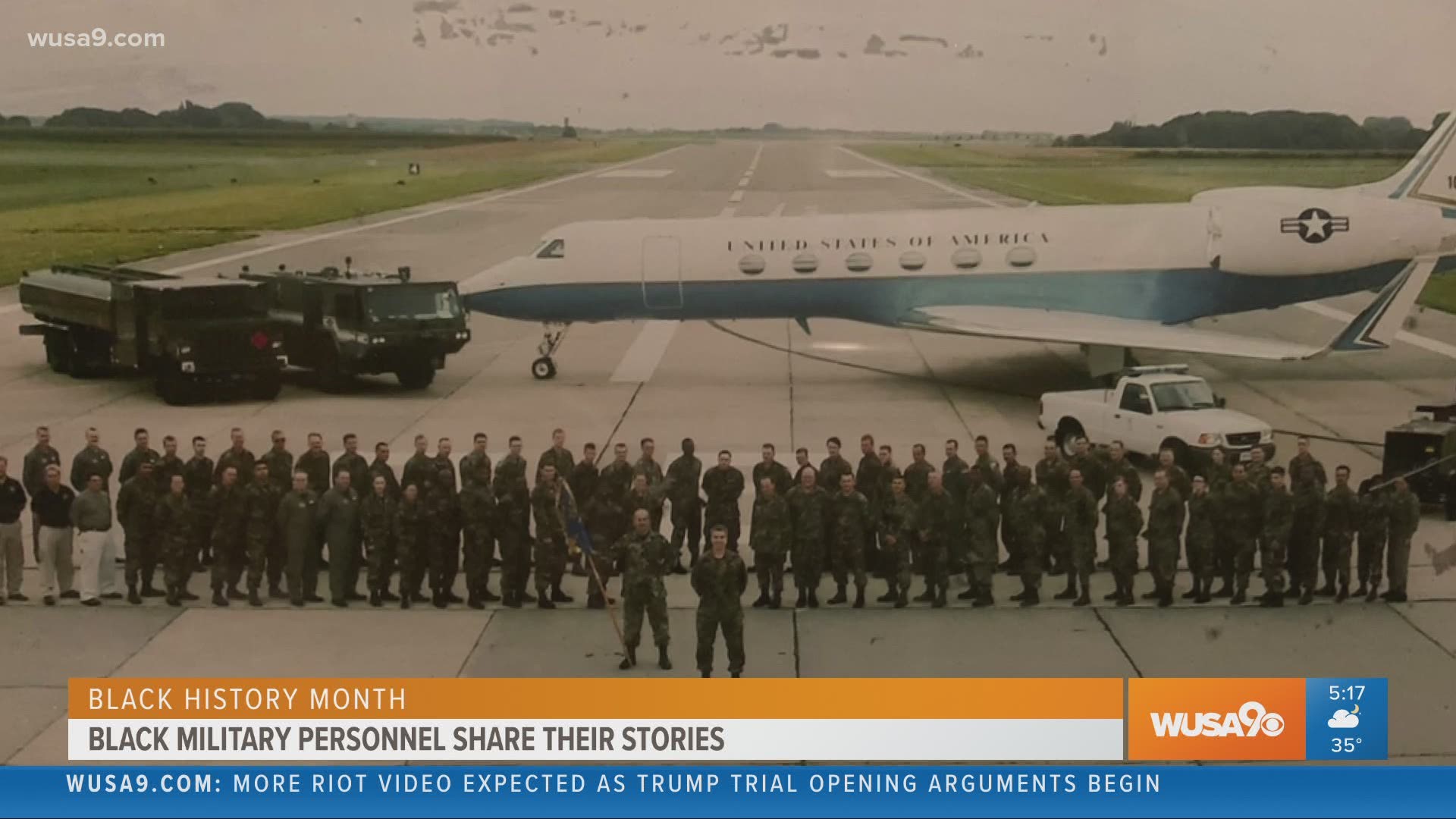 WASHINGTON — During Black History Month, we honor the Black Americans who came before us and still serve now, making a difference for us all. A few men and women from different branches of the military shared their experiences about their time and service.

Jerome Duke Haggins joined the military in 1978 after completing ROTC in college.

“I retired Lieutenant Colonel in March 2000 and I am enjoying my life right here in the D.C. area,” said Lt. Colonel Haggins.

Master Sergeant Allen Wrenn was born and raised in Washington, D.C. and joined the Air Force in 1979.

“When we started Desert Storm, there were times when you would be in a situation where I depended on you and you depended on me. My life was in your hands and your life was in my hands. There was no place for racism or anything of that nature. We were here to do a mission and to accomplish a mission,” said retired Master Sgt. Allen Wrenn.

“I think there needs to be more education," Master Sgt. Wren continued. "People need to be more informed about the contributions that we made in this country. There has to be a realization that we contribute to what you now consider the United States of America.”

“I think it’s important for young people not only to see examples of people serving but also to read history. There are a number of examples of people who are doing outstanding things but you won’t always be able to run into these individuals. You need to research and be involved in different activities that will expose you to these individuals,” said Lt. Colonel Ronald Blakely.

“One thing I’ve noticed that has changed since I joined the military a little over 16 years ago would be the fact that there are so many barriers that have been taken down. I have a daughter and she will grow up in an environment where she can be a ranger. Women can lead troops in infantry units. Those things did not exist when I joined," said Lt. Colonel Bell.

"I love the fact that I’ll be able to tell her about when some of those policies changed and the impact that it had, not only on me personally but the units that I served in," Lt. Colonel Bell added.

Lt. Colonel Bell started the "Do More Together" organization during her time at West Point to help elevate the stories of black graduates.

“Part of it is exposure so when you are exposed to people who look like you, whether it is in the military or all types of jobs, it gives you a visual that I can see myself doing that as a woman, as a Black woman, as an Asian woman, as a Hispanic woman. I see myself serving," said Lt. Colonel Bell.

“I remember when I first came on active duty, we were told there were certain subjects that we could not discuss. Your personal opinion stops at the end of your nose. We did not discuss politics and we did not discuss money, but all those things are discussed in the present environment,” said Lt. Colonel Blakely.