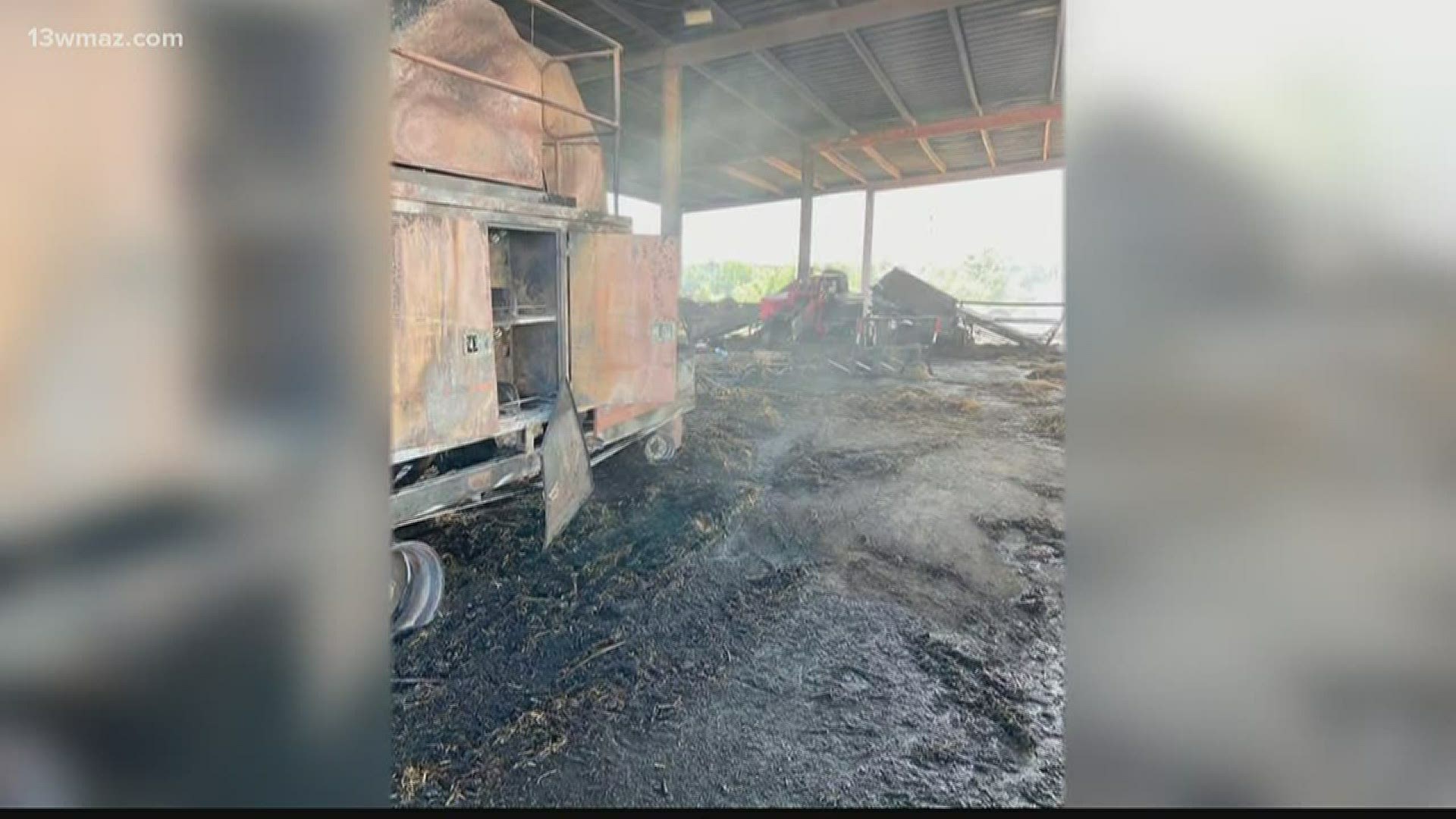 WRIGHTSVILLE, Ga. — Editor's Note: The video in this story is from April's fire.

Months after a fire ripped through a Johnson County farm leaving behind more than $300K in damage, they are back again with another patriotic display just in time for this weekend.

On Friday morning, the MidWay Straw Company shared a photo of this year’s hay bale display – a replica of the 1776 flag.

The design, created in summer 1776, is believed to be sewn by Betsy Ross and is remembered as the first ‘American flag.’ It features 13 white stars representing the original colonies.

The company supersized the 50-star American flag last summer and caught the eyes of thousands across the state.

But nine months later, the hay became fuel for a fire that took hours to get under control. It ultimately destroyed the farm’s baling center and took $350K worth of equipment along with it.

The barn where the flag was painted in 2019 was unaffected thanks to dozens of volunteer firefighters who responded.

At the time, William Sumner said they were going to rebuild and make sure they finished a hay bale painting for the Fourth of July.

"I think we're gonna have to. I think I'll probably get run out of the county and the state if we don't,” said Sumner.

According to the MidWay Straw Company, Brian Lindsay was behind the artwork, Four Seasons Paint in Dublin provided the paint, and they also thanked the employees for all their hard work.

And last but not least, they thanked all veterans, active duty military and law enforcement officers.

MidWay Straw Company
April 15 will be a day we will never forget. At approximately 1:27am... a fire broke out and consumed our baling equipment and shed. Thanks to our very special volunteers, EMS, EMA and their support personnel, we were able to save our inventory! They worked tirelessly for hours on end to help get the fire under control.