This is the first year the "Operation Santa" campaign from USPS has gone nationwide and completely digital. 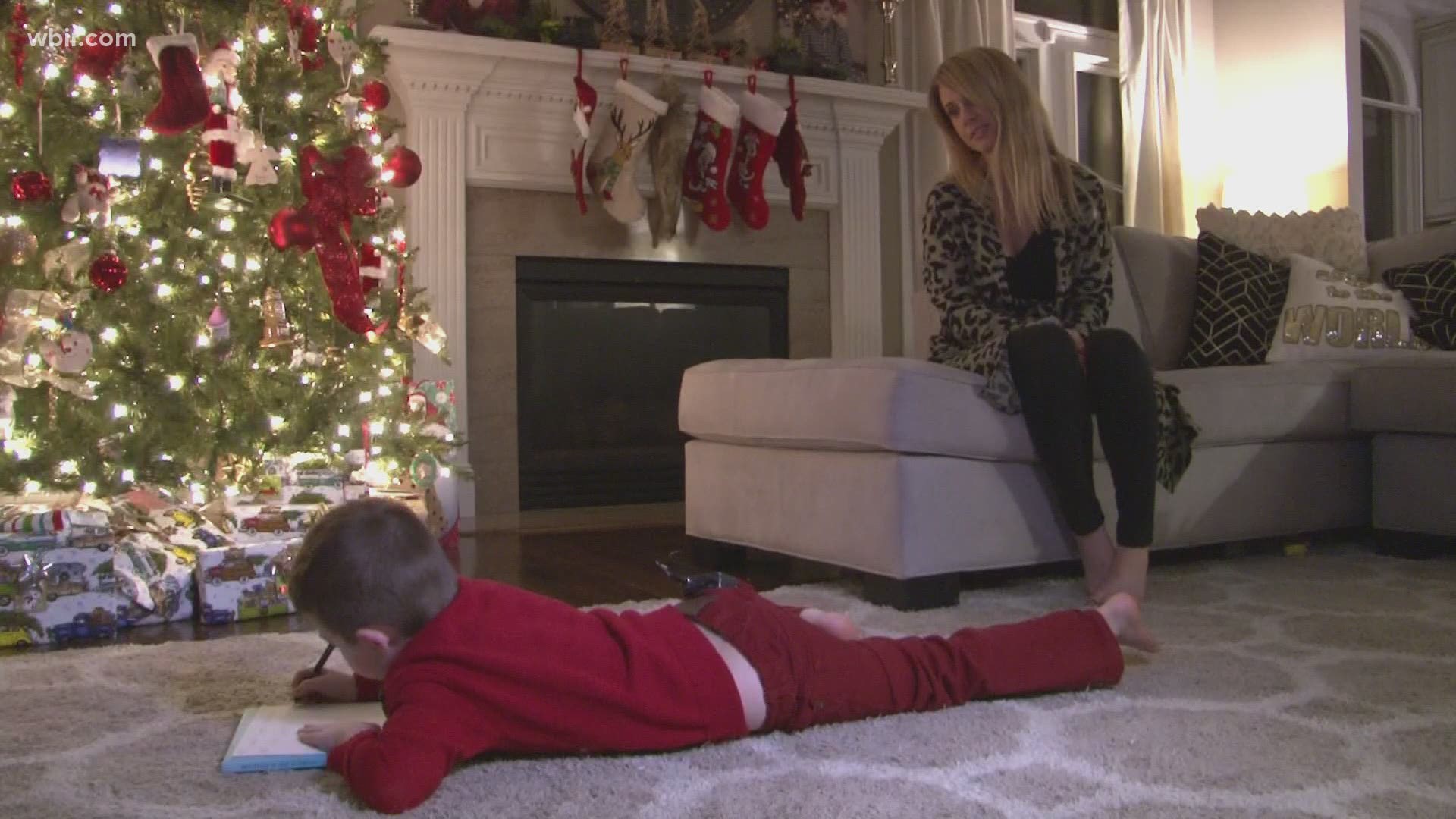 KNOXVILLE, Tenn. — Writing Letters to Santa is an age-old tradition that doesn't stop while we're in a pandemic. Each year, Santa's elves at the post office help grant those wishes through a program called "Operation Santa."

The words "Dear Santa" at the top of a letter open a world of wishes. If you seal up your letter, address it to 123 Elf Road North Pole, 88888, and add a stamp, it will end up on the Operation Santa website.

"Operation Santa is a program that the postal service has actually offered for 108 years, but this year is the very first time time we are going national and it's completely digital," Susan Wright, a spokesperson for the USPS said.

Santa's helpers at the post office open the letters and put them online before they get to the big guy so people can see what sort of things kids want sent their way.

You can even adopt lists and send presents to kids to help Santa out.

"You can read through letters and if a letter speaks to them, they can fill the requests, package those items they are sending to the letter writer, send it to the post office and they'll put the address on it," Wright explained.

The senders will get a QR code to place on the package, so it all remains anonymous.

You can look at Santa letters from every state on the website, including Tennessee.

In the Volunteer State, kids are wishing for things like the Nintendo Switch video game system, clothes and socks, lunch boxes and makeup.

But then you have kids like Dominic, who wants coronavirus to be over. A 9-year-old A'Niyah said she knows how hard it is for her parents, so she just wants a little help with presents.

There's no age limit on who can send letters.

A 34-year-old Amber sent one in to ask that her kids and husband will be happy for Christmas.

It all starts with "Dear Santa."

You can send in letters to be posted until December 15. There is also an option to send a letter to the North Pole and get a letter postmarked from Santa Claus back. All of that info is on the USPS website.