Next year, Leo Collins said the shortage could be less of an issue because the trees will have had time to grow. That could also mean cheaper prices. 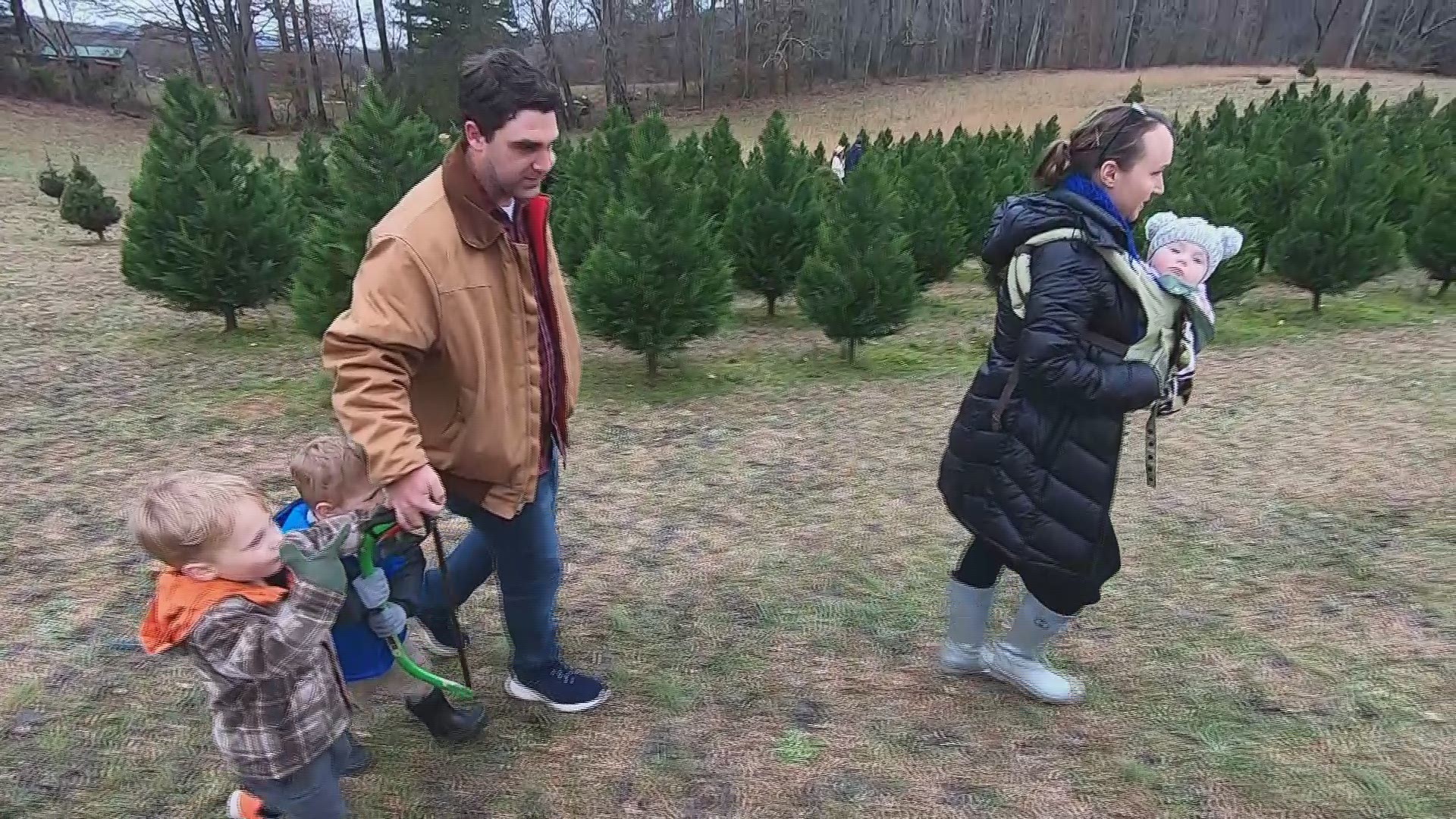 HEISKELL, Tenn. — At Bluebird Farm in Heiskell, owner Leo Collins said they had nearly 400 trees in their field to start the season. By Sunday afternoon, only 50 or 60 were left.

"People know there's a shortage so they try to come early to get a good tree," Collins said. "It's been a very busy year so far."

About 10 years ago, Collins said there was a surplus of Christmas trees so some farmers stopped planting seedlings.

"Now, we're working through that," Collins said. "And then with the pandemic, I'm sure there's a lot of people that want to get in some tradition, something fun."

On Sunday afternoon, dozens of families visited Bluebird Farm in search of their perfect tree.

Six-year-old Cadence knew exactly what her family was looking for.

"We're looking for a tall one, but not more than eight feet," she said. "That's how big our ceiling is anyway."

Next year, Leo Collins said the shortage could be less of an issue because the trees will have had time to grow. That could also mean cheaper prices for those who want to purchase a real tree.

"It may begin to loosen up next year," Collins said. "It'll take a while because the trees are growing."

Even so, Collins said it will take time for there to be plenty of taller trees available for purchase.