Santa checks in on backup reindeer before Christmas Eve

Reindeer Retreat in Maryville keeps Santa's helpers on standby during Christmas Eve just in case they are needed to step in. 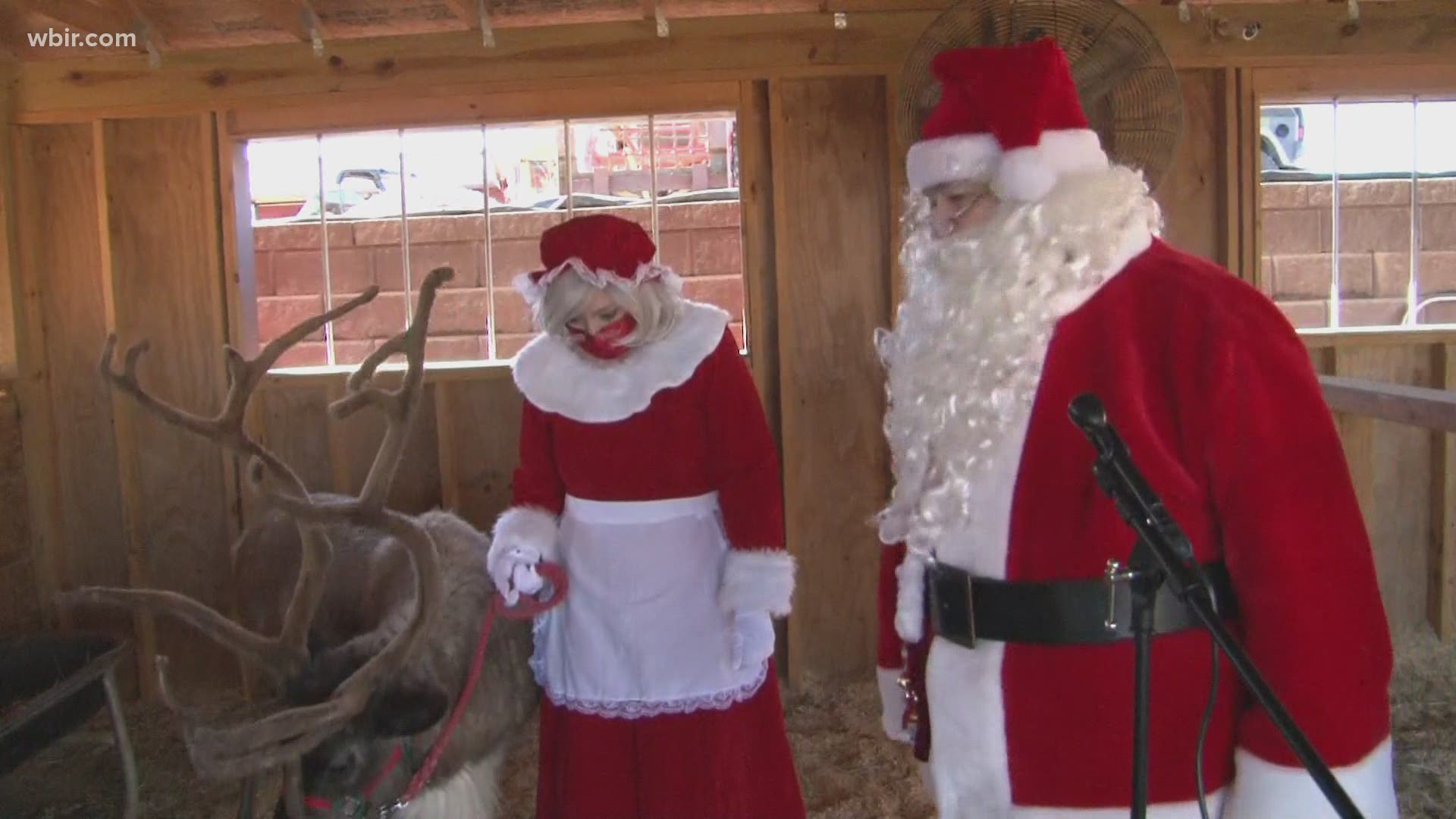 MARYVILLE, Tenn. — Santa and his reindeer are getting ready for a Christmas Eve unlike any other and he's calling in reinforcements from East Tennessee.

The jolly old elf relies on a farm in the foothills for holiday backup.

On Tuesday morning, a surprise visit from Santa and Mrs. Claus at Reindeer Retreat in Maryville means Christmas time is getting closer for the four-legged employees.

"Can you believe it? I come out here to feed this morning and there's Santa and Mrs. Claus standing right next to the pen checking out Romeo," owner of Reindeer Retreat James Enos said.

Romeo is Santa's number one backup, and the sleigh driver for Mrs. Claus.

"Romeo has actually been outfitted with supersonic reindeer propulsion and so he can get to the North Pole and back with Mrs. Claus and they can fix the problem," Enos explained, laying out the logistics of Mrs. Claus getting missing packages to Santa.

The big guy is busy most of the time in the North Pole, with the elves making presents and checking the nice and naughty list twice.

"As far as I know, we've got everybody on the list taken care of," Santa said. "We've been really busy this year."

While all the preps are happening in the workshop, Romeo teaches the babies how to float in flight school and practices those slippery roof landings at Reindeer Retreat in Blount County.

"We're gonna have Romeo ready to do whatever Santa needs on Christmas Eve," Enos said.

Santa has backup reindeer stations all throughout the world just in case one of his original 9 gets hurt on the job. That's why pre-holiday pep talks are so important.

"We come down to visit them and we check our other spots too before Christmas Eve," Santa explained.

The preps will keep going until you hear that clippity clop on your rooftop.

"We're gonna make sure that he's well hydrated and we're giving him some probiotics cause it's a long night," Enos explained.

In the meantime, the backup reindeer will wait until they get a call to help with Christmas cheer.

Don't forget to leave those treats out for Santa and the reindeer! They like graham crackers, raisins and carrots.

Romeo isn't the only backup reindeer at Reindeer Retreat. There is another named Dominic, a baby reindeer named Bono and two girls named Autumn and Noelle.

Reindeer Retreat is monitored by the USDA and follows safety protocols to maintain a clean and up-to-code environment.

Santa, Mrs. Claus and Romeo can be seen out in the community in parades and taking pictures when they are taking a break from prepping.

RELATED: Santa's backup reindeer are ready to be on standby for Christmas 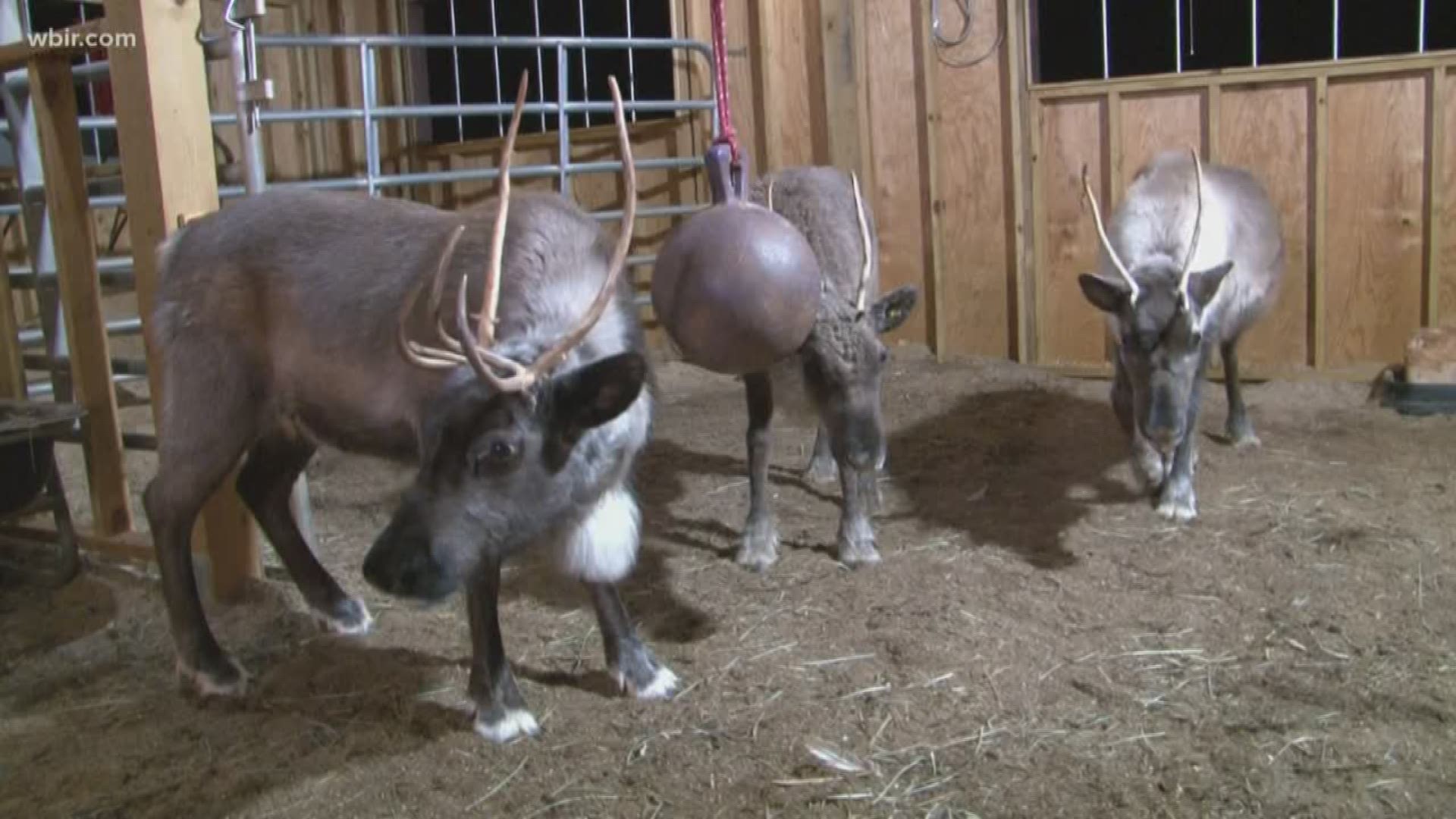