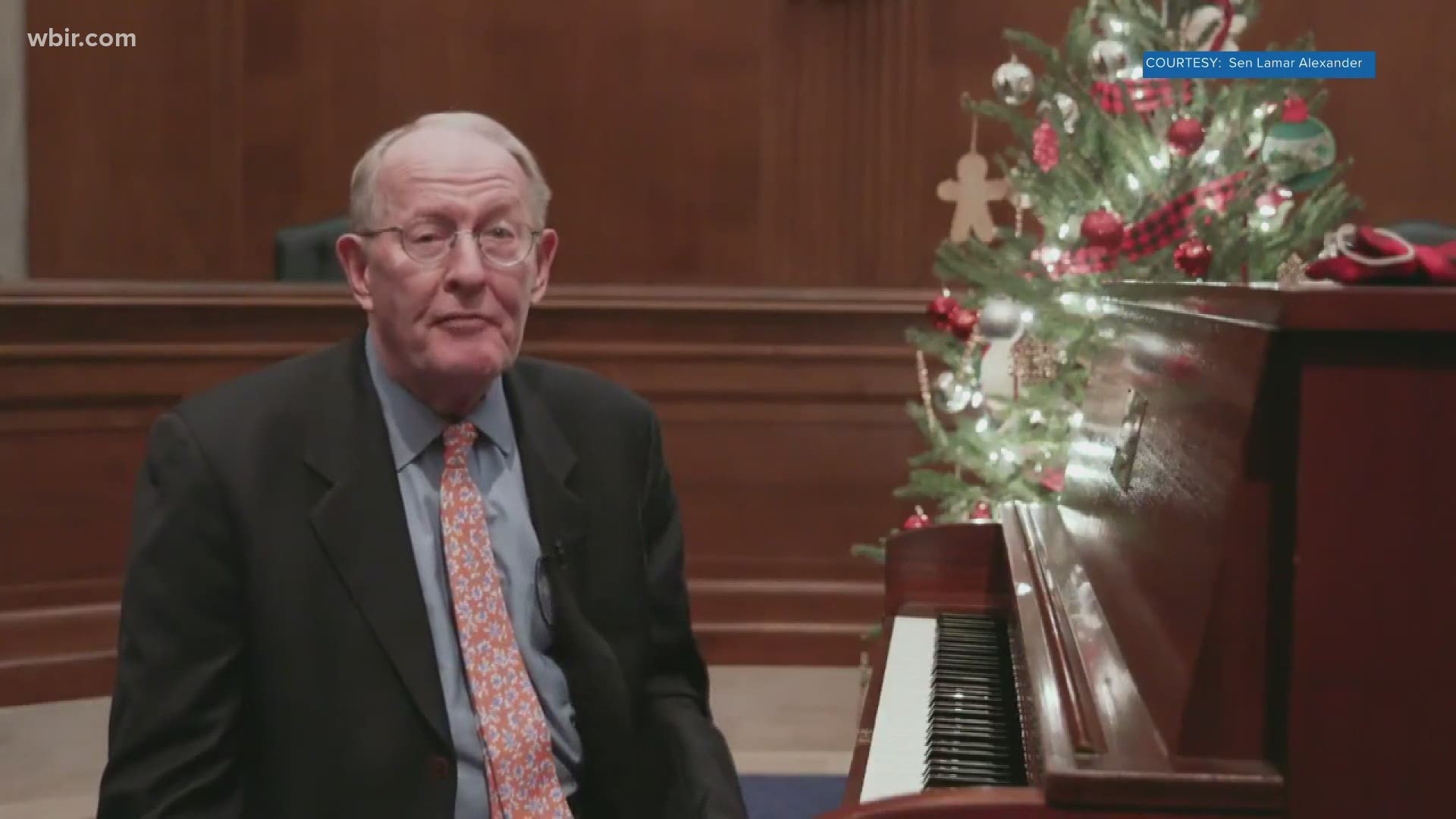 Several of his colleagues posted photos and videos of his performance on Twitter.

Wonderful to hear @SenAlexander bring the Christmas spirit to Hart Atrium tonight. The Senate will sure miss him when he retires. 🎄🎄🎄 pic.twitter.com/azr99OYC3L

Yesterday, the Senate passed a resolution allowing retiring @SenAlexander to play carols in the Hart Atrium. Thanks for bringing the Christmas spirit to the Senate, Sen. Alexander 🎄 pic.twitter.com/zdBOzwHfAH

A real treat listening to @SenAlexander get us into the Christmas spirit. Lamar served Tennessee and our country well. Worked for Republican Judge John Minor Wisdom in New Orleans after law school. A great American. pic.twitter.com/PSvOXGLrv3

Bravo @SenAlexander on a world-class piano recital of Christmas carols! Thank you for sharing your musical gift to spread holiday cheer on Capitol Hill. pic.twitter.com/nZOB55fFtM

I’m glad you enjoyed it, @AmyKlobuchar. I sure hope so, too. https://t.co/HzUddjh6JD