With gatherings limited this year, people don't need a giant turkey to just feed a few people. But it's a little late for farmers to raise smaller birds. 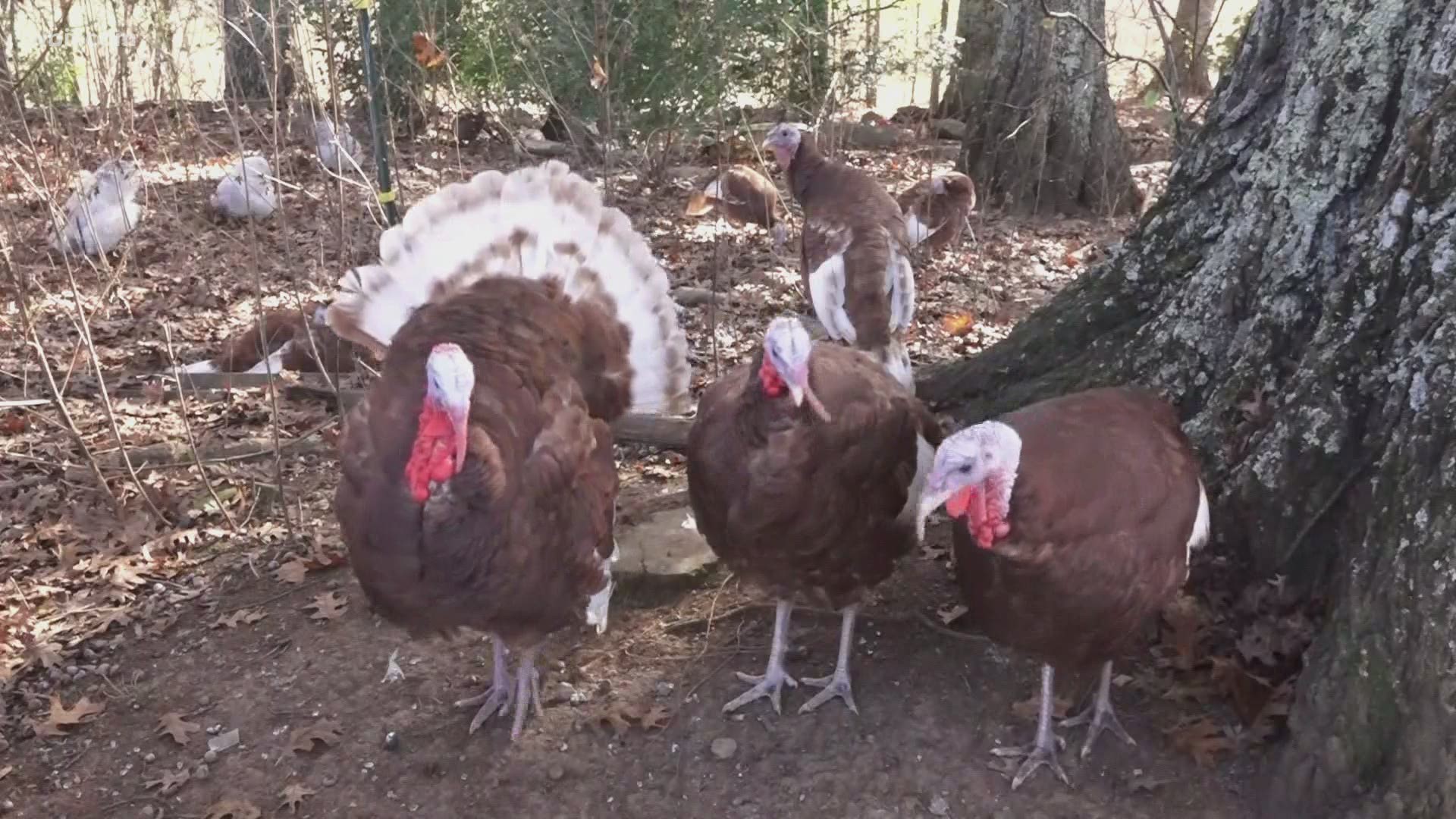 CORRYTON, Tenn. — One group of about a dozen turkeys has a pretty great life at Redbrooke Ranch in Corryton.

That is, until this weekend when they'll be processed and delivered to families to eat on Thanksgiving.

"They kind of have really fit this niche market all of a sudden," said Kelly Mayfield, veterinarian, and co-owner of the ranch.

She said that the niche market is people looking for free-range, ethically raised, small thanksgiving turkeys.

"They're looking for smaller birds especially with this year with COVID there are not giant families getting together, they're not looking for a 25-pound bird," said Mayfield.

Stores are trying to adapt.

Chains like Kroger have turkeys of all sizes for sale, as well as other types of meat for people changing things up this year.

But turkey farmers can only do so much to alter the sizes of their birds.

"I would assume there's going to be a lot of very large turkeys leftover," said Mayfield.

Her turkeys will be 10 to 15 pounds, which she said will feed about four to seven people with some leftovers for turkey sandwiches the next day.

She would have had to raise them on a different schedule for smaller birds.

"You have to start maybe six to nine months before Thanksgiving if you're gonna do it for Thanksgiving Day," she said.

For most people, including Mayfield, that meant before the pandemic.

But she's already planning to be ready for anything next year.

"They'll be done a little bit sooner so that way we'll have a better range so we could offer a 9 pound or a 10-pound turkey but also maybe an 18-pound turkey," she said.

Mayfield's turkeys sold out quickly, and she's planning to sell around 30 next year.