Cicadas, mosquitoes and ticks, oh my! | Pests to expect this spring

With more people working from home, pest control companies got more calls than usual last year as more bugs were noticed. And new seasonal pests are about to arrive. 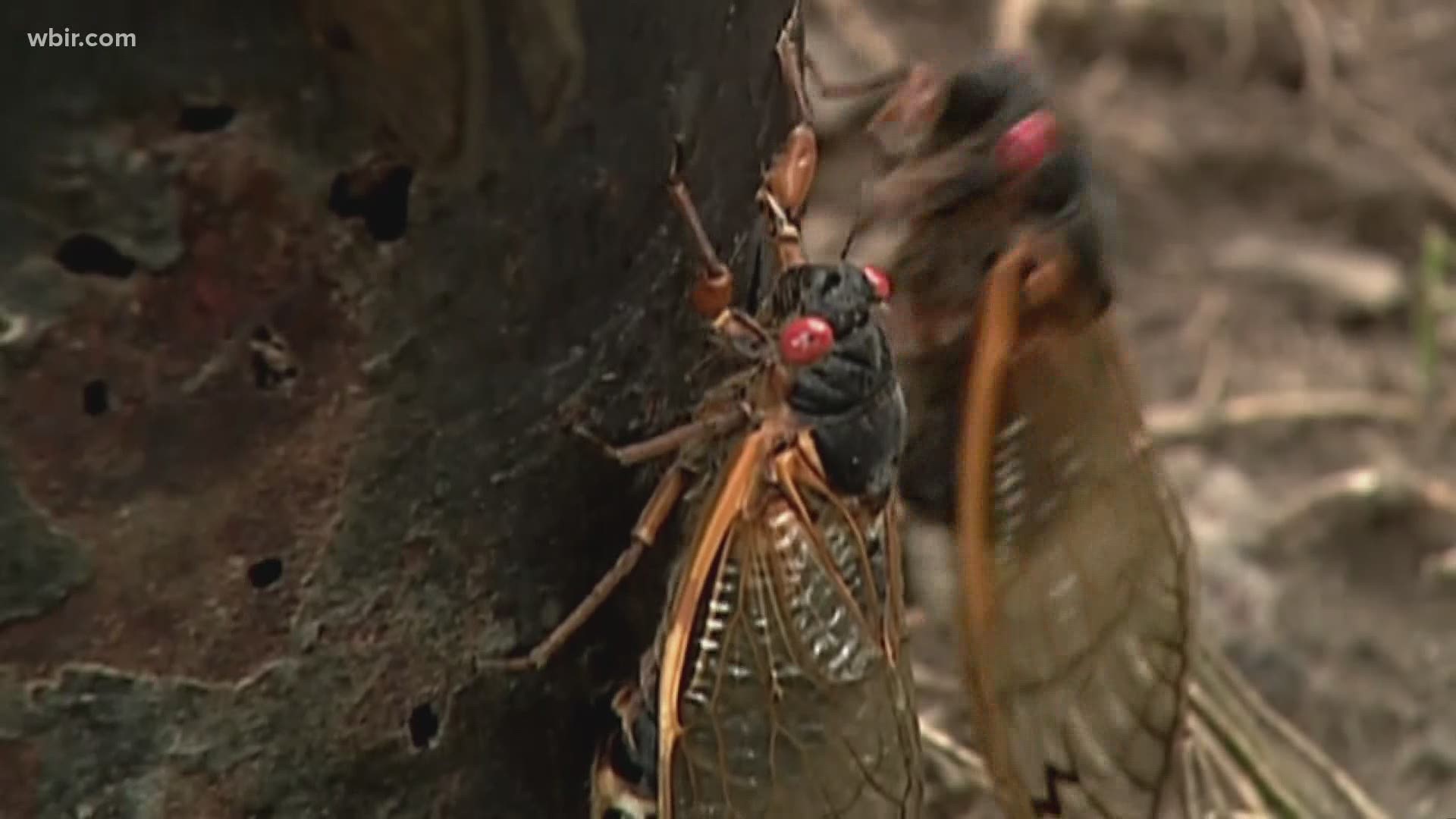 The sun is shining, flowers are blooming, birds are chirping and the bugs we love to hate are back.

"It's a lot of the same things. But with one notable new guy coming down on the scene," said Jay Lasater, General Manager at ClearDefense Pest Control.

He said we can expect the following pests this spring and summer:

And then there's the "new guy," the 17-year cicada, plus its predators.

"With those, you're going to get things like cicada killers, those are giant wasps that look gnarly, but they're really not going to be harmful. And with the cicada killer comes the red velvet ant, which is actually a wasp, because it's a big cycle there," said Lasater.

So, yes, that all sounds terrifying, and there's not much to do but wait for the cicadas to arrive.

"They're going to emerge from the ground and they're going to spend most of their time up in the top end of the tree, where it's very, very difficult for any company to really treat for," said Lasater.

While they may look scary to some, they won't cause any harm to people.

However, Dr. Frank Hale with UT Extension cautions people with new trees to add protection so that they aren't hurt by the bugs.

"They'll cause tiny slits in the twigs and oftentimes that will cause them to brown up, leaves turn brown and break from the tree," he said.

He suggests covering it with cheesecloth until the little critters are gone. When they do go, there are benefits for the nature around them.

"They decompose and all their carbon, nitrogen and all the elements in their bodies will wash down into the holes and roots and give a boost of fertilizer to the whole forest," he said.

Millions of cicadas to reemerge in May across East Tennessee after 17 years https://t.co/lFgPenjDxl

The best solution for just way too many cicadas, as well as carpenter bees, lies in pure physical combat.

"Get a very active child, maybe a nephew, maybe your kids when they're being really hyper and just give them a tennis racket and tell them to have fun," said Lasater.

But leave things like butterflies, ladybugs, earthworms and honeybees alone.

"We have had to do more honeybee removals this year than I think we've ever done," said Lasater. "So the honeybee populations are starting to thrive again."

They work with local beekeepers to safely remove beehives.

Leave them be, go for the pests, and get some bug spray to make it through the summer, especially if you plan on spending time outdoors.

Bug spray with DEET can go a long way in preventing bites and the diseases those pests can carry.