Hot temperatures bring out summer, fall bugs all at once

Experts said stinkbugs are one of the fall pests that have joined ants, spiders and wasps during a busy time for insects in East Tennessee. 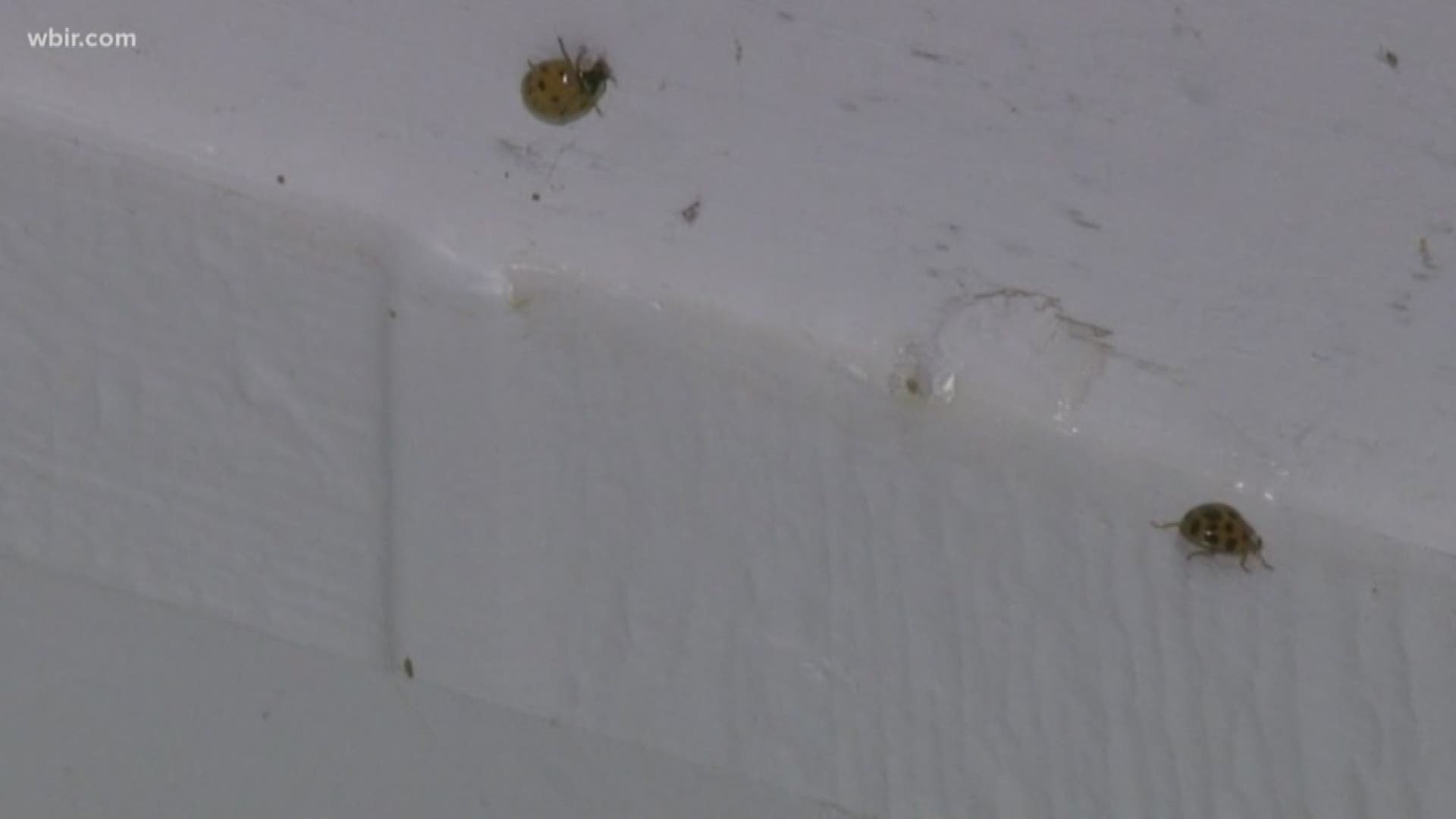 Stinkbugs, Box Elder Bugs and Asian Lady Beetles are all pests in the fall season.

They join some of the common pests we see in the summer.

"It's a very busy season," Will Bullard with Dayton's Pest Control said.

RELATED: These flying invaders leave a sticky waste and they're driving homeowners crazy

East Tennessee is straddling the line between summer and fall.

The clock may show we are hours away from October, but the temperatures wouldn't tell you that—and neither would the bugs you see.

"We're still dealing with the insects that we deal with in the summertime, but also now we have fall invaders, so those pests are right on schedule," Bullard said.

Bullard said if anything, the heat through September has made summer bugs, like ants, wasps, yellow jackets and spiders, even more active.

Add to that, the critters you've likely seen in the last few weeks, stinkbugs, box elder bugs and Kudzu bugs.

"There's an odor-y, musty smell for the Marmorated Stinkbug," Bullard said. "They don't mate inside, the don't typically bite, but they're pretty unpredictable once they get in."

Bullard said once these fall invaders are inside to survive the winter, it's tough to get them out.

"That's why it's best to get that fall invader treatment now, actually through the month of October is the best time," Bullard said. "Prevent those bugs from getting in."

Bullard said there are some things you can do outside of having your home treated by a professional.

"You want to make sure your door sweeps are intact, make sure your garage door especially—the weather stripping below is sealed," Bullard said. "Make sure when you're coming and going in your door, especially during nighttime, check around the door frame, Marmorated Stinkbugs like to hang out in the corners and they'll simply walk or fly right in as you open the door."

Bullard said generally the bugs are going to be attracted to the warmer side of your home, so be extra observant there.

There are other bugs you likely won't see until the first freeze, like Asian Lady Beetles.