When we met the Severance family in July they were itching to get on the road. Now, every day is a learning curve with 7 people living in one RV. 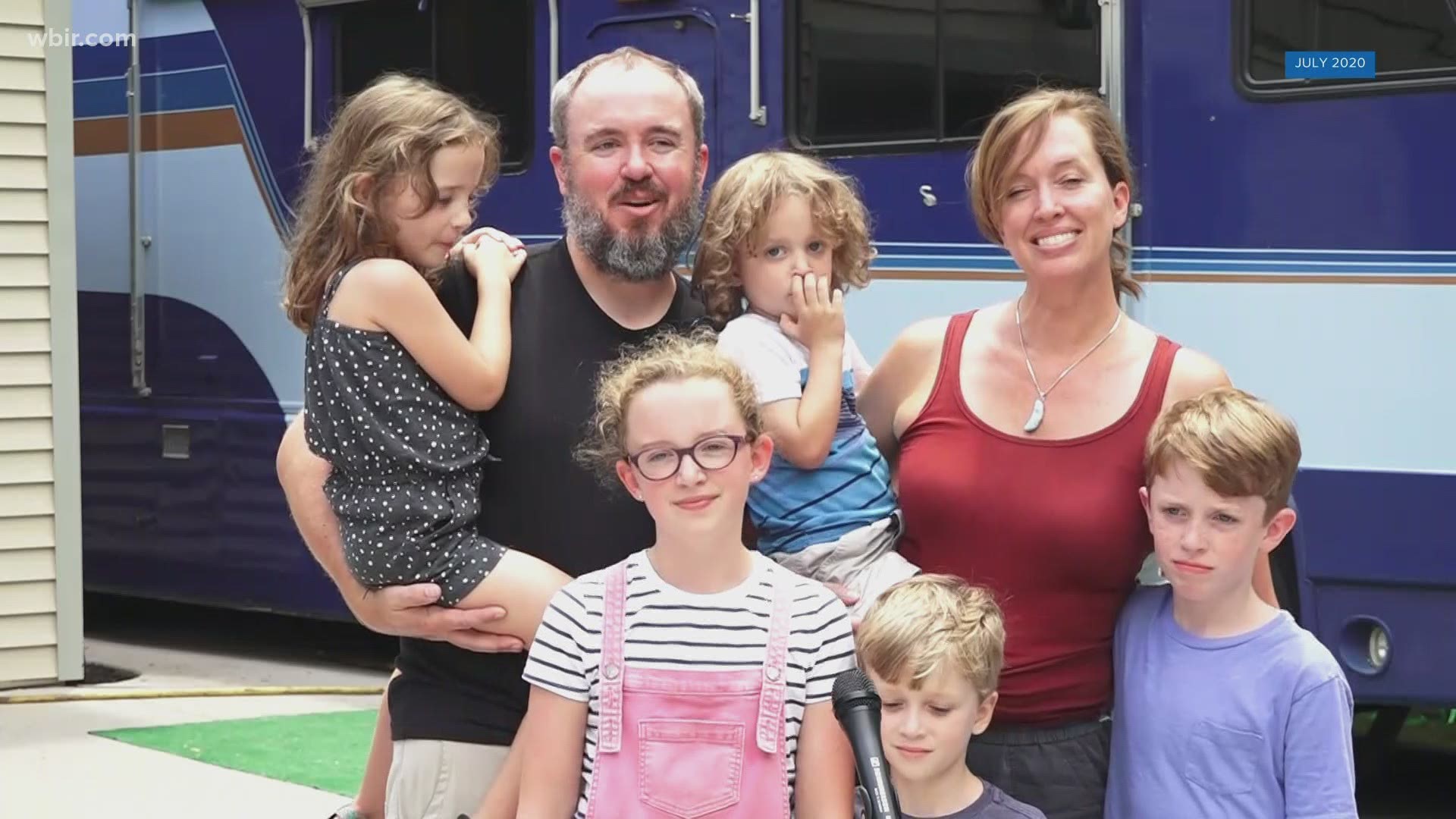 KNOXVILLE, Tenn. — Chip and Paige Severance joked for years about selling everything, buying an RV and heading west.

They're doing that right now.

Well, mostly. They headed east instead.

When we first met the Severance family, they were itching to get on the road and start this journey with their five kids.

Two months behind schedule thanks to some mechanical issues, they're finally on the road.

Their first night in the RV last week wasn't as exciting as they'd hoped.

Two of their youngest kids aren't quite sold on the idea that this big blue bus is their new home, but the family is slowly adapting to living in the RV.

"I'm trying to figure out how to feed seven people in a small space, and laundry and just the normal routines of a normal household in 250 square feet. It's a challenge," said Paige.

They're starting their first week out of state in their home on wheels in the Outer Banks of North Carolina.

"Just seeing the wonder in the kids eyes when they're seeing something new or something for the first time," said Chip. "I mean how often do you get to drive, you know, a giant bus onto a ferry and ride it for two and half hours across the water."

That was Monday's adventure, followed by searching for seashells on a deserted fall beach.

Paige said she's tailoring her home schooling lessons to wherever the open road takes them.

"We're gonna be here for five days so we're gonna take advantage of that time to go and visit the places on the island and teach about the history," she said.

She said she's learning every day how to adapt home school lessons to work for her kids who span from ages 4 to 11.

The family as a whole is figuring out how to deal with with the sibling fights, cramped spaces and surprise stowaways who are now also calling the RV home.

"A mouse," said Paige. "The mouse loves our snack drawer."

Through all the new struggles, Chip and Paige are cherishing this family time along the way.

"I'm learning how to just be with my family more and I think that's a real gift even though it can be a challenge," said Paige.

The family is headed to the coast of Maryland next week, but they don't have a hard itinerary.

They're trying to be flexible with their adventure, and hope their kids learn that art of flexibility as well.