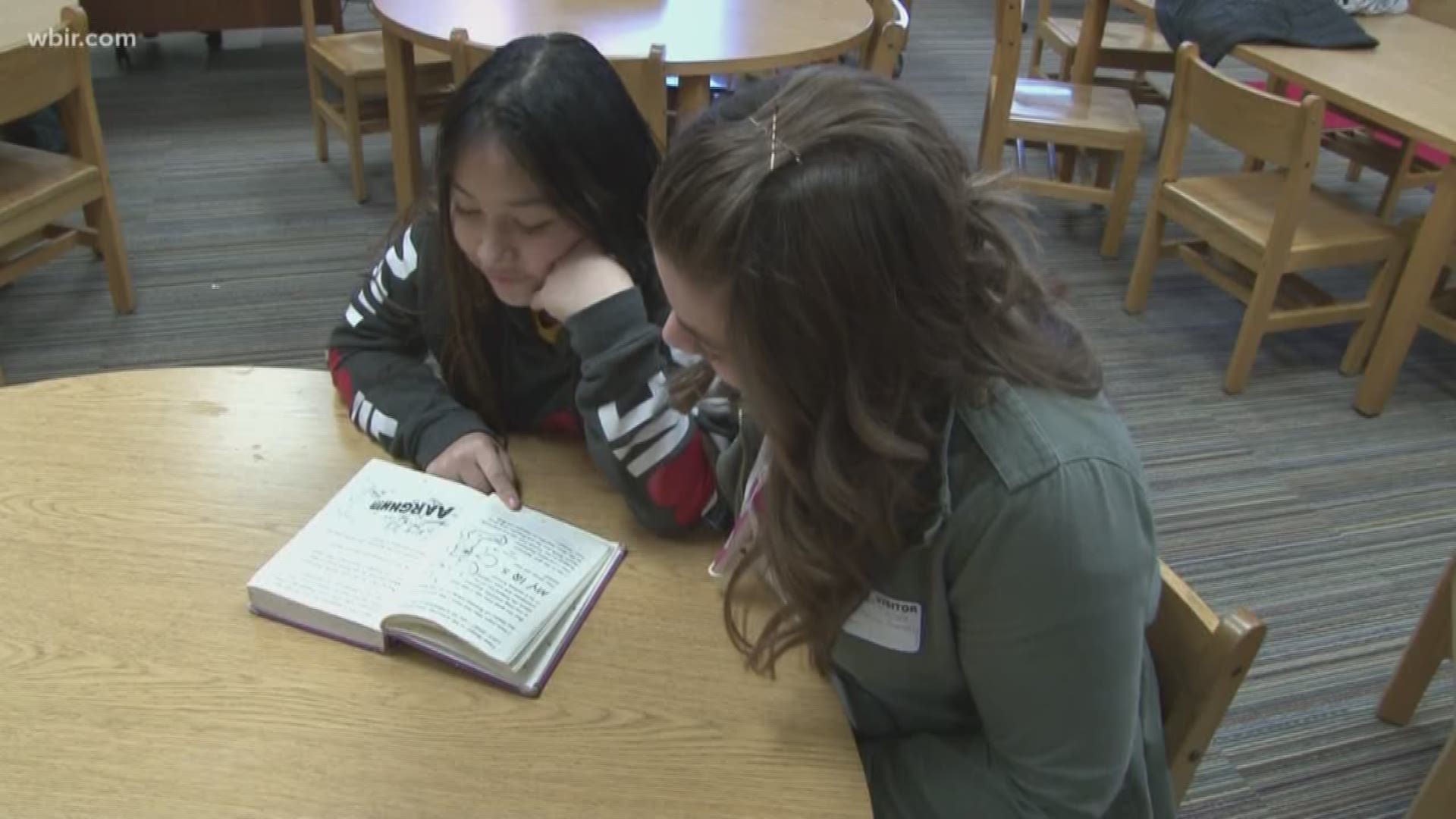 KNOXVILLE, Tenn. — Finishing each other's sentences is starting to become the norm for McKenzie and Andy.

"When I read through her bio, I was like 'Oh my gosh! This is my kid!'," said McKenzie Thomas.

Andy, 10, has been waiting for a big sister since her mentor in the program moved away.

"I was excited to meet her," she said.

"The second the signing and the formalities were over with, Andy just popped up from the couch and said 'Okay we're going to hang out today?' I knew from that moment that it was going to go really well," said Thomas.

They are already hitting it off from trips to the mall to long chats about life.

"It's really fun to see the world I think from a child's eyes. I think we forget how much more fun it is, and so she's kind of helping me maybe take away some of the filters I've accumulated as I've grown up," said Thomas.

"It's nice having her there to listen to your problems, to just have somebody to be with in general," said Andy.

McKenzie and Andy have a lot to learn about each other as their relationship grows, but one thing is certain.

"I hope that we have a relationship for a long time. I think we would both be lucky to have that," said Thomas.

More than 100 children are on the waiting list for mentors with Big Brothers Big Sisters of East Tennessee, but there are not enough volunteers.