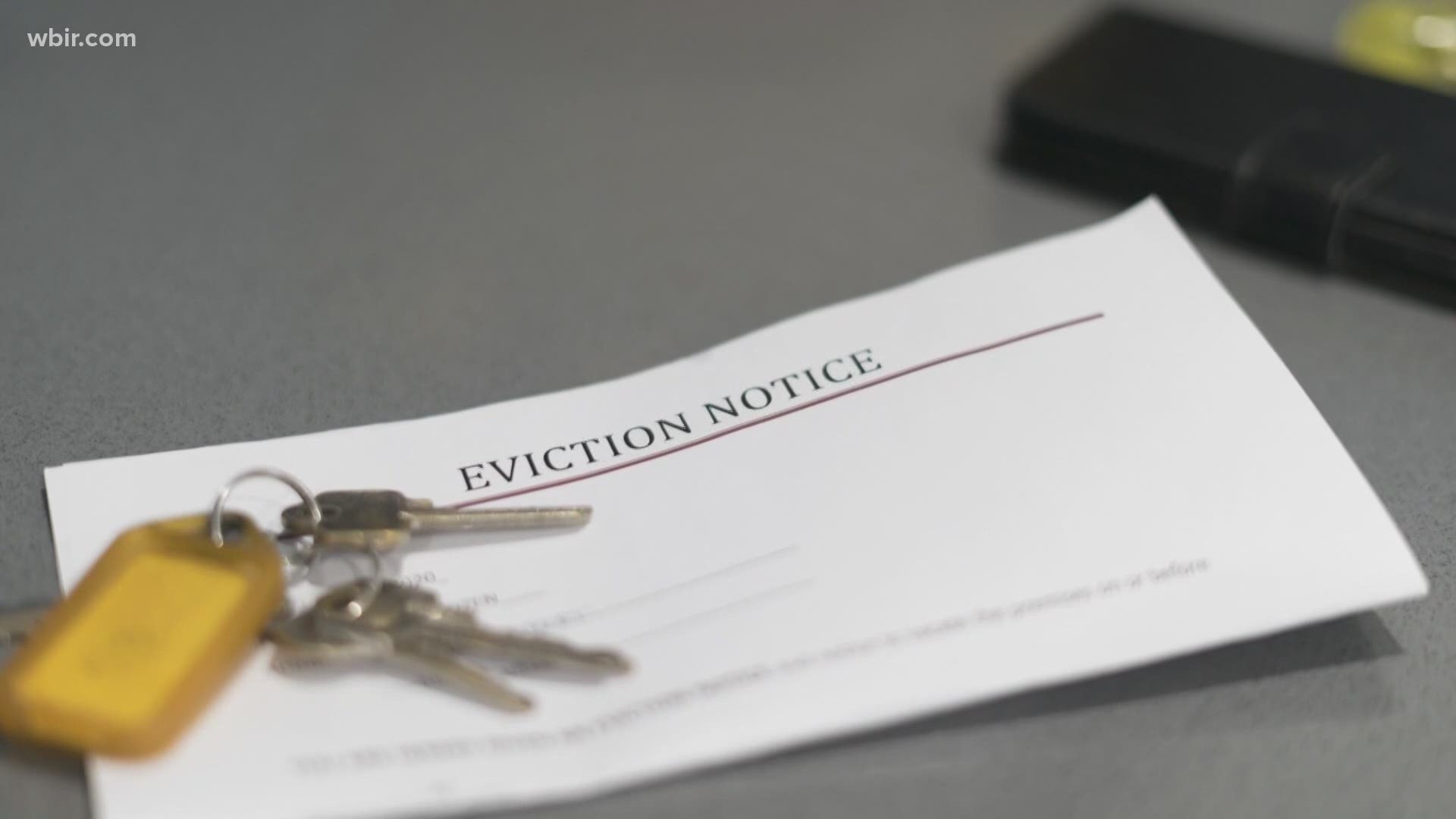 BLOUNT COUNTY, Tenn. — Unemployment continues to impact families in Tennessee after many have lost their jobs or are unable to work due to COVID-19. But for some, being able to stay in their homes is also an issue as they face evictions.

More than $759,000 in unemployment claims have been filed in Tennessee since March 15. Almost 20,000 were filed the week of July 25. The unemployment rate for June was 9.7 percent.

"Unemployment has hit hard. Many Tennesseans are out of work because of the pandemic," said Governor Bill Lee.

Out of work, out of money and now looking for a home is what one Blount County mother is now facing.

"I don't know a lot of resources out there or what is out there for housing," said Blount County mother Kristen Miller who has a six-year-old daughter and is 30 weeks pregnant.

She found out this week she has 10 days to move out of her home. She also said that it's hard to find affordable housing. Miller and her family are facing eviction, but they are running low on both money and options.

"I was doing caregiving and I lost my job because I'm pregnant and my doctor doesn't want me working," she said. "Then my boyfriend was working for a little small mechanic shop and they weren't getting enough business and had to close down."

She said she is sharing her story to help others like her to find the right resources. Blount County has a number of local options to help families with emergency assistance:

"Just reach out for help if you're in a similar situation because I know a lot of people that are and have lost jobs because of all this," she said. "It hasn't been easy but we're all in it together."

Miller said she is trying to stay positive and prays things will soon get better.

The period for an extra $600 of federal unemployment benefits has ended. The debate over another stimulus check continues.