Joni Pappas said once she picks up a baby and starts to sing, their heart rates drop and they take longer and deeper breaths. 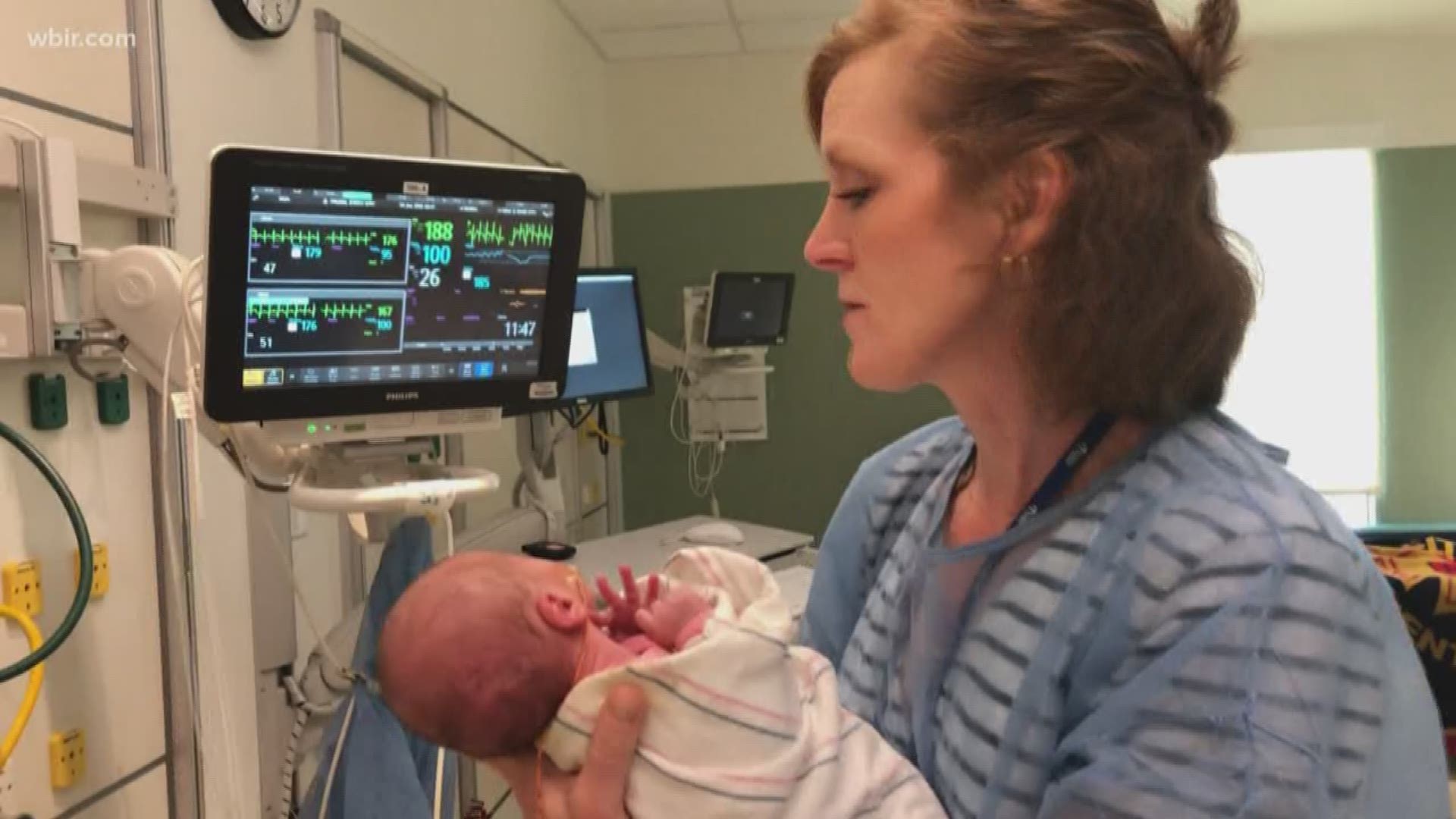 KNOXVILLE, Tenn. — It is the kind of prescription that doesn't require a trip to the pharmacist: A soothing lullaby.

"Using the music to help them calm down actually works," she said

Pappas is providing musical therapy at ETCH and said she's done the research to prove how effective it is.

"We know it is effective because we see the heart rate decrease and we see their oxygen saturation increase, which means they're taking deeper breaths," she said.

But research on the power of music transcends what can be monitored on a screen. A study out of the University of Geneva found premature infants who listen to music written specifically for them develop much better as well.

"We know that a lullaby is the best because it simulates that feeling of being in the womb," she said.

But not just any lullaby. Pappas said it is more intimate than just turning on a radio.

"The research shows that live music is the most effective," Pappas said.

So about three days a week when she comes in, she sings.

"Depending on the need of the child -- I may just hold some, some I rock," she said.

As she hums or whispers a tune, she watches their heart rates go down and their level of calm go up.

"The whole brain is being affected," she said.

This is a practice she is constantly encouraging new moms to try.

"I have a lot of mothers who say 'I can't sing' or 'I have an awful voice,'" she said. "I tell them 'It does not matter, your baby thinks you're Beyonce.'"

Like most fields of study, she said the effect music has on little ones is ever changing. However, she believes it will continue to work -- one baby and melody at a time.

"It is amazing how something as simple as a hum can be so helpful with their  growth and development... not just physically, but neurologically," she said.