The groups say better accommodations will save infant lives and money 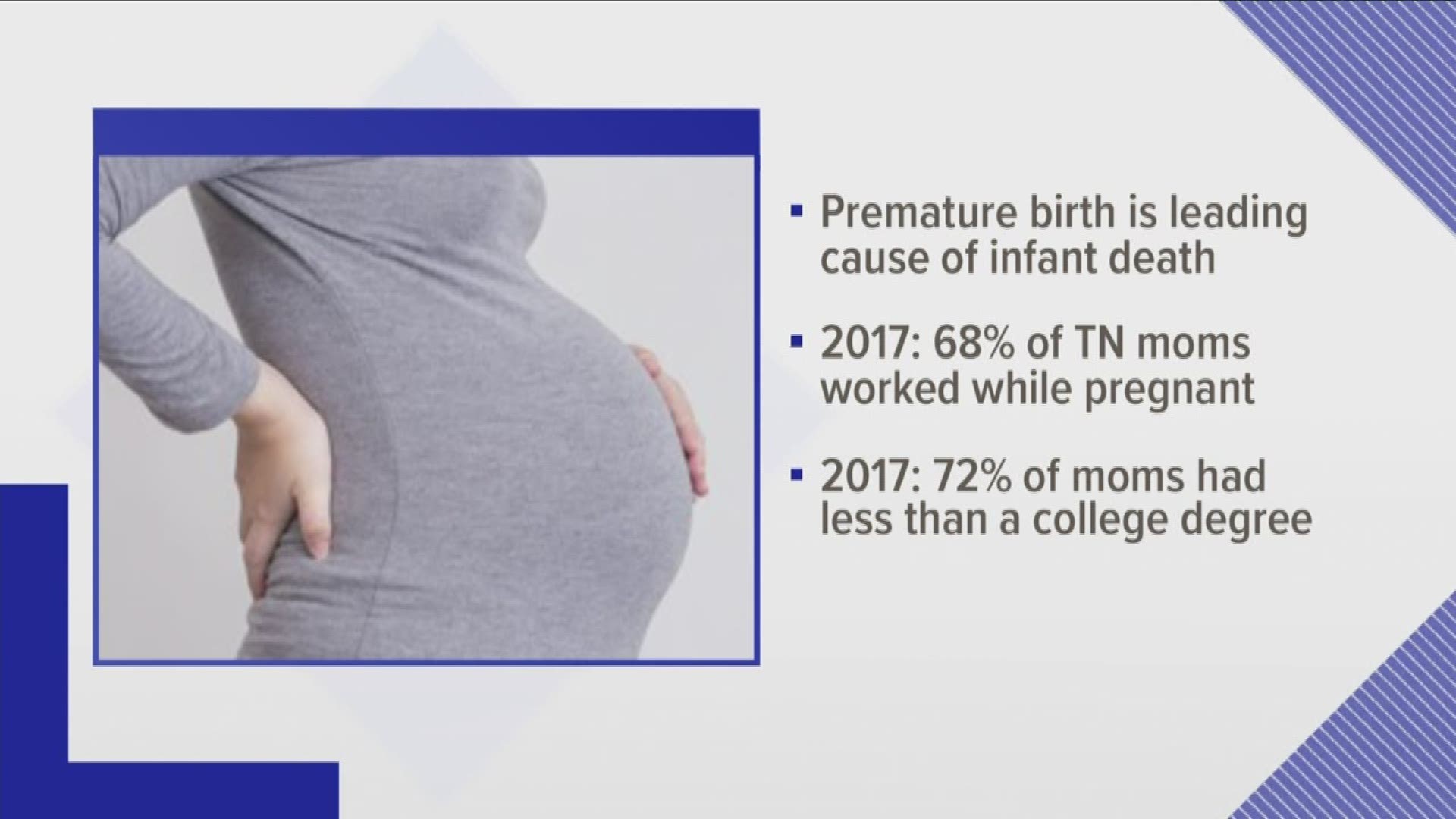 NASHVILLE, Tenn. — Two women told Tennessee state senators on Wednesday that premature birth is raising the number of infant deaths and the cost of healthcare in the state. To combat that -- they said requiring better workplace accommodations for pregnant women would solve both problems.

The two are from the organizations March of Dimes and A Better Balance. They presented their statistics to the Tennessee Senate Health and Welfare committee on Wednesday.

In 2017, 68% of Tennessee mothers worked while pregnant in 2017. They said 72% of moms had less than a college degree, meaning they were more like to work physically-demanding jobs. About half (50.9%) of Tennessee mothers who gave birth in 2017 received TennCare coverage at delivery. Another 41.1% received benefits through the Special Supplemental Nutrition Program for Women, Infants, and Children at the time of delivery.

Elizabeth Gedmark with A Better Balance told senators the story of a woman working in a Charleston, South Carolina shoe store. Gedmark said the woman was pregnant, but wasn't allowed to carry a water bottle on the business floor to stay hydrated.

One day, she didn't get a lunch break, and was later rushed to the emergency room. Doctors found the mother was suffering from preeclampsia, a pregnancy condition brought on by high blood pressure. The baby was born months early after an emergency C-section. Gedmark says that baby pulled through and is healthy now, but only after what Gedmark calls "a great deal of treatment and care in the beginning of his life."

Gedmark, along with Tamara Currin from March of Dimes, says things as simple as having a stool to sit on, avoiding heavy lifting, and access to water on the job will make moms and babies healthier. They said those changes will lower healthcare costs for families and insurance costs for businesses. The also said it will also boost the economy by helping more women keep their jobs and reduce the tax burden on services like TennCare.

RELATED: Moms weigh in on the fight for paid leave

RELATED: Tennessee woman finds out she was pregnant 9 days before giving birth