Studies show mothers had lower risk for diabetes and hypertension after breastfeeding their children for more than a year. 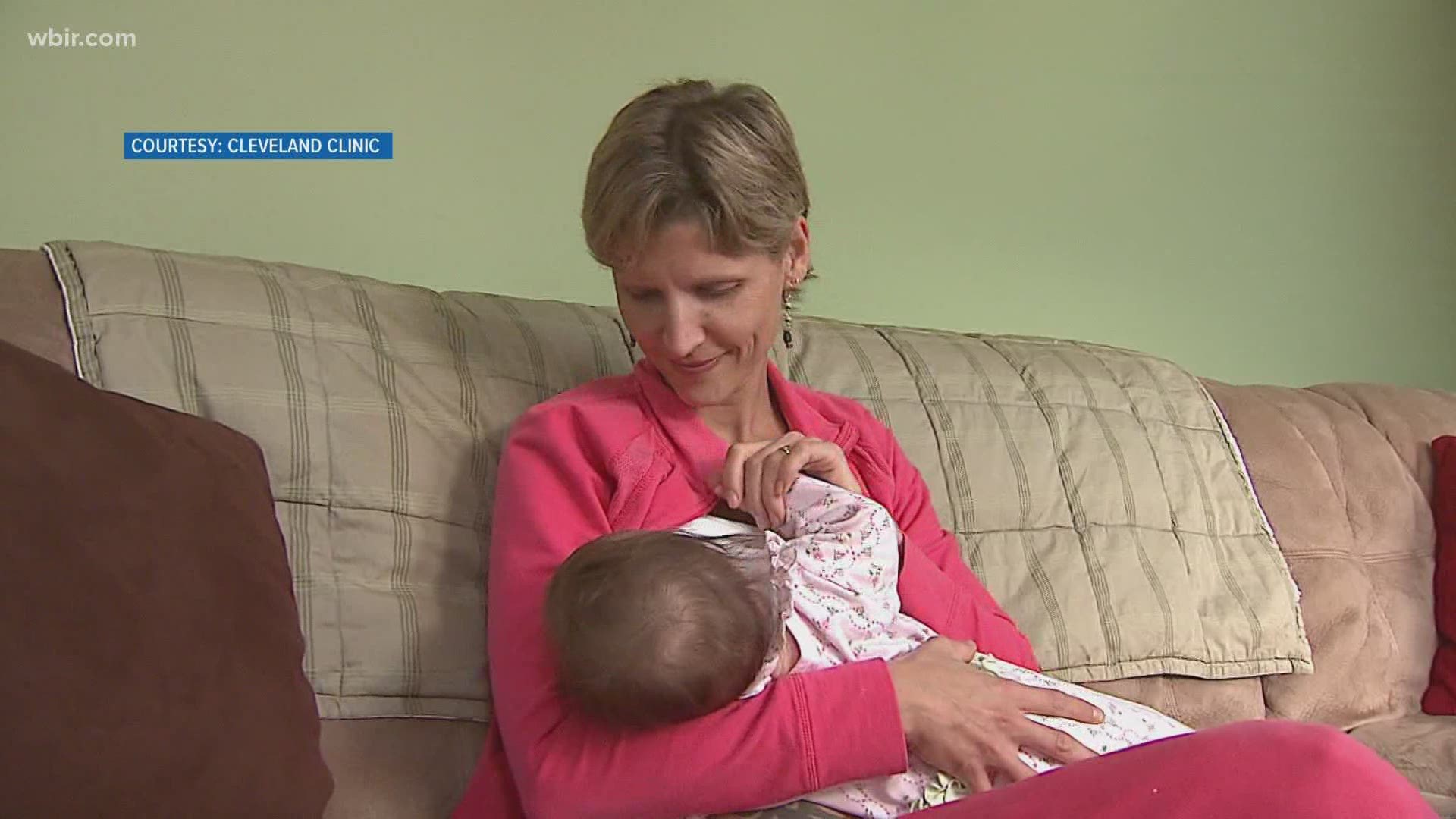 KNOXVILLE, Tenn. — It's World Breastfeeding Week, and while it's well-known breastfeeding contains all sorts of benefits for children -- it's also important to know how it helps moms in the process.

According to an investigation by the Cleveland Clinic, moms who breastfeed for more than 12 months saw their risk of diabetes drop by 30% and their risk of hypertension drop by 13%.

The study said that's due to a hormone, oxytocin, which is released during breastfeeding that reduces stress.

For new moms, the Dr. Kathryn Coebel with the Cleveland Clinic said breastfeeding can seem daunting, but it gets easier after the first few weeks. She recommends new moms to enlist some sort of support -- either with other moms or a lactation consultant.

"Certainly we know that avoiding alcohol and smoking, maintaining a healthy weight and exercise routine can help to reduce your risk for blood pressure issues and for diabetes, but breastfeeding is one more thing that you can do for your long-term health while getting all the other benefits for both yourself and your baby," she said.

The investigation looked at six studies that included more than 200,000 mothers, finding breastfeeding is also associated with long-term cardiovascular health benefits for women.

You can read the full investigation here.

Breast milk has tons of well-documented benefits for babies, from excellent nutrition, to brain development and disease prevention. Breastfeeding provides infants colostrum -- which in the earliest months of life gives them a rich amount of important antibodies needed to fight off infections. Later on, breast milk can even adapt to provide them with special antibodies during flu seasons.

Babies who are breastfed are also less likely to develop asthma, allergies and ear infections, and it lowers the risk of SIDS, obesity, diabetes and certain childhood cancers.

Here are more resources to check out: