The art show includes a sequin vest, needlepoint pieces and portraits of the iconic singer 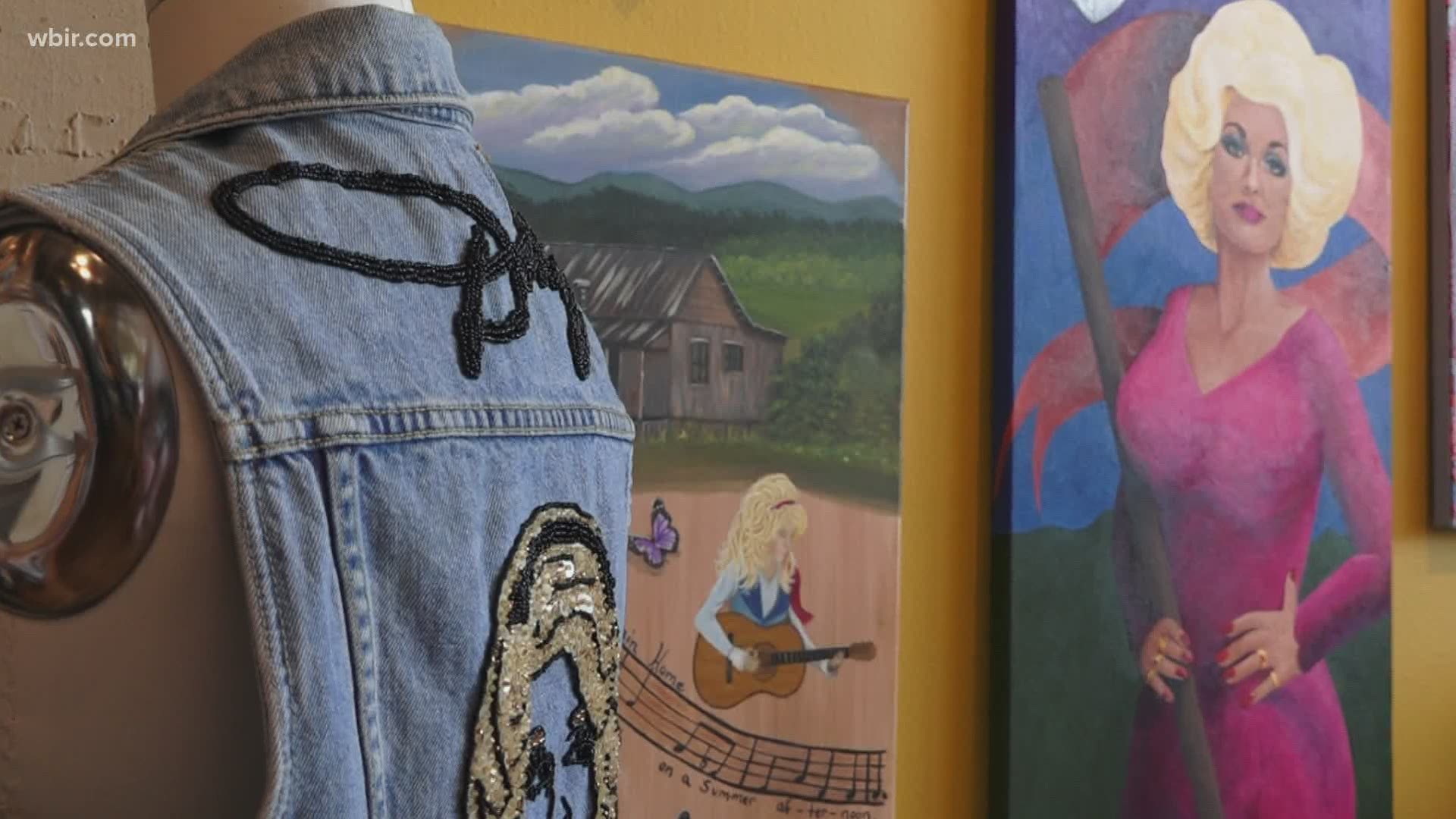 KNOXVILLE, Tenn. — Dolly Parton is the subject of the art show currently on display at RALA in the Old City.

From a bedazzled jean jacket to portraits and needlepoint, the Dolly interpretations vary, but the love is consistent across every canvas.

"I think the thing about Dolly that we love is that she's universally loved. You know, all races, all ages, all economic statuses love Dolly, and we like that she has that equalizer," Woodhull said.

RALA launched its now-annual Dolly Art competition in 2019 after noticing their Parton merchandise would quickly sell out.

"No matter what we got in, it would sell out. People loved it. And we noticed it was a range of different kinds of people loving Dolly. Our Dolly love kind of grew from there and the owner just kicked around this idea one day.  She was like, 'why don't we just have a show all about Dolly?'" Woodhull said.

The show grew in its second year with RALA receiving more than 40 applications over the past several weeks.

Credit: WBIR
Dolly-themed art pieces on display at RALA in the Old City

Woodhull said they plan to announce the winners on RALA's social media platforms on Friday evening.

"We're now going virtually. So, all of the pieces are listed online for sale. A portion of those proceeds will go to Dolly Parton's Imagination Library. Artists will get their portion as well," Woodhull said.