The 'Dolly: My Opry Memories' exhibit celebrates her 50th anniversary as a member of the Opry in Nashville and features two dozen of her most famous costumes. 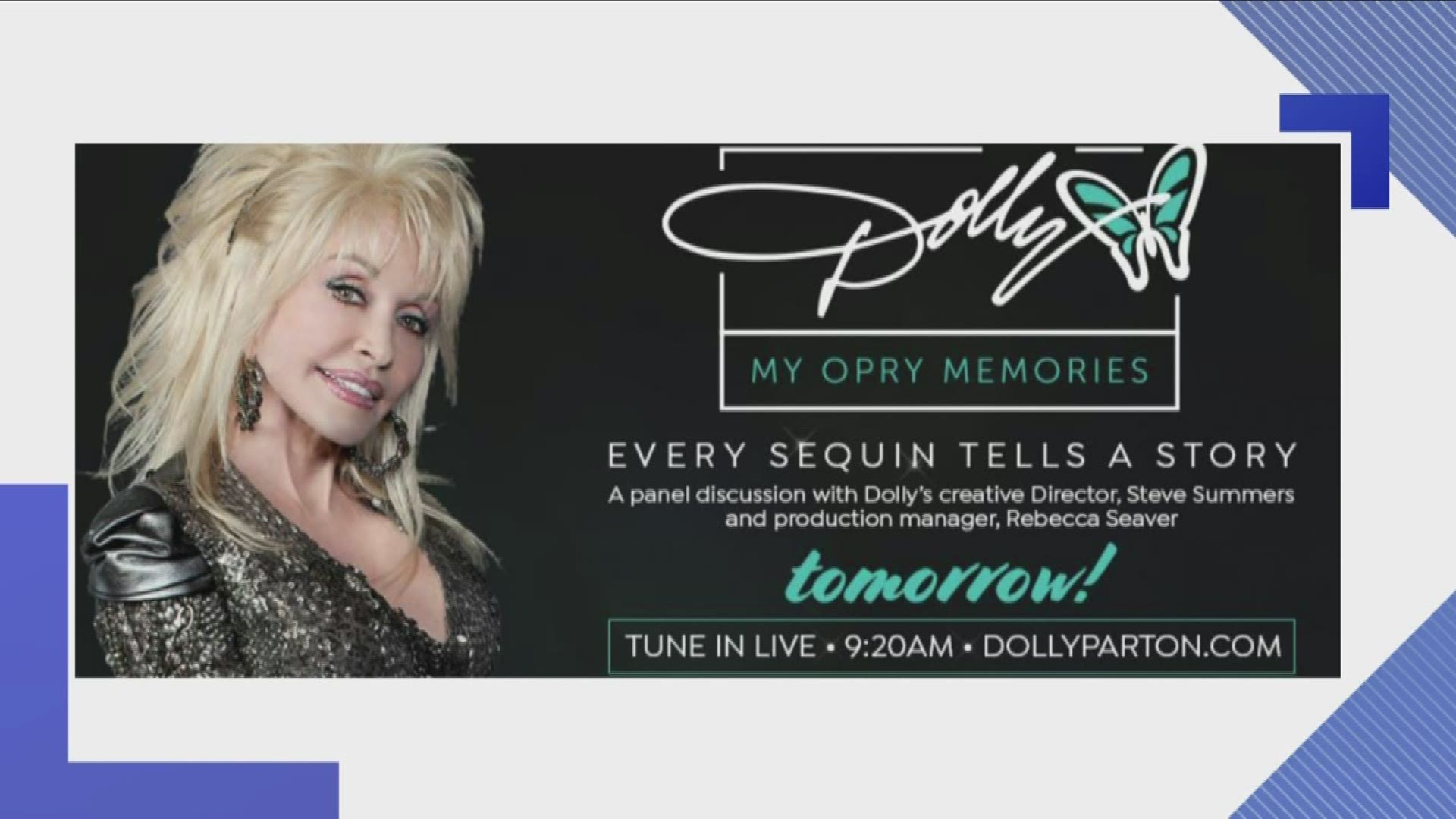 Dolly Parton will be giving people a special behind the scenes look at her exhibit currently on display at the Grand Ole Opry on Friday.

The 'Dolly: My Opry Memories' exhibit celebrates her 50th anniversary as a member of the Opry in Nashville and features two dozen of her most famous costumes.

The Opry will also celebrate "Dolly Week' soon with several performances during the week of Oct. 10. It will be leading up to her 50th-anniversary performance on the Opry stage on Saturday, Oct. 12, 2019. Tickets went on sale for that back in November.

She's teaming up with MusiCares and Omaze to give one lucky winner the chance of a lifetime.

The website said you’ll enjoy a backstage tour, exclusive passes to the exhibit “Dolly: My Opry Memories” and even have your own private dressing room, which is where Dolly will meet you to chat and take a picture. Then, you’ll watch Dolly’s knock-your-socks-off anniversary performance from the best spot in the house. Flights and stay at the Gaylord Opryland Resort included.

You And A Friend Will: