'Christmas at Dollywood' movie will air on Hallmark Channel on Sunday

Dolly Parton was on the set Thursday to film 'Christmas at Dollywood,' which will premiere Sunday, Dec. 8 at 8 p.m. on the Hallmark Channel. 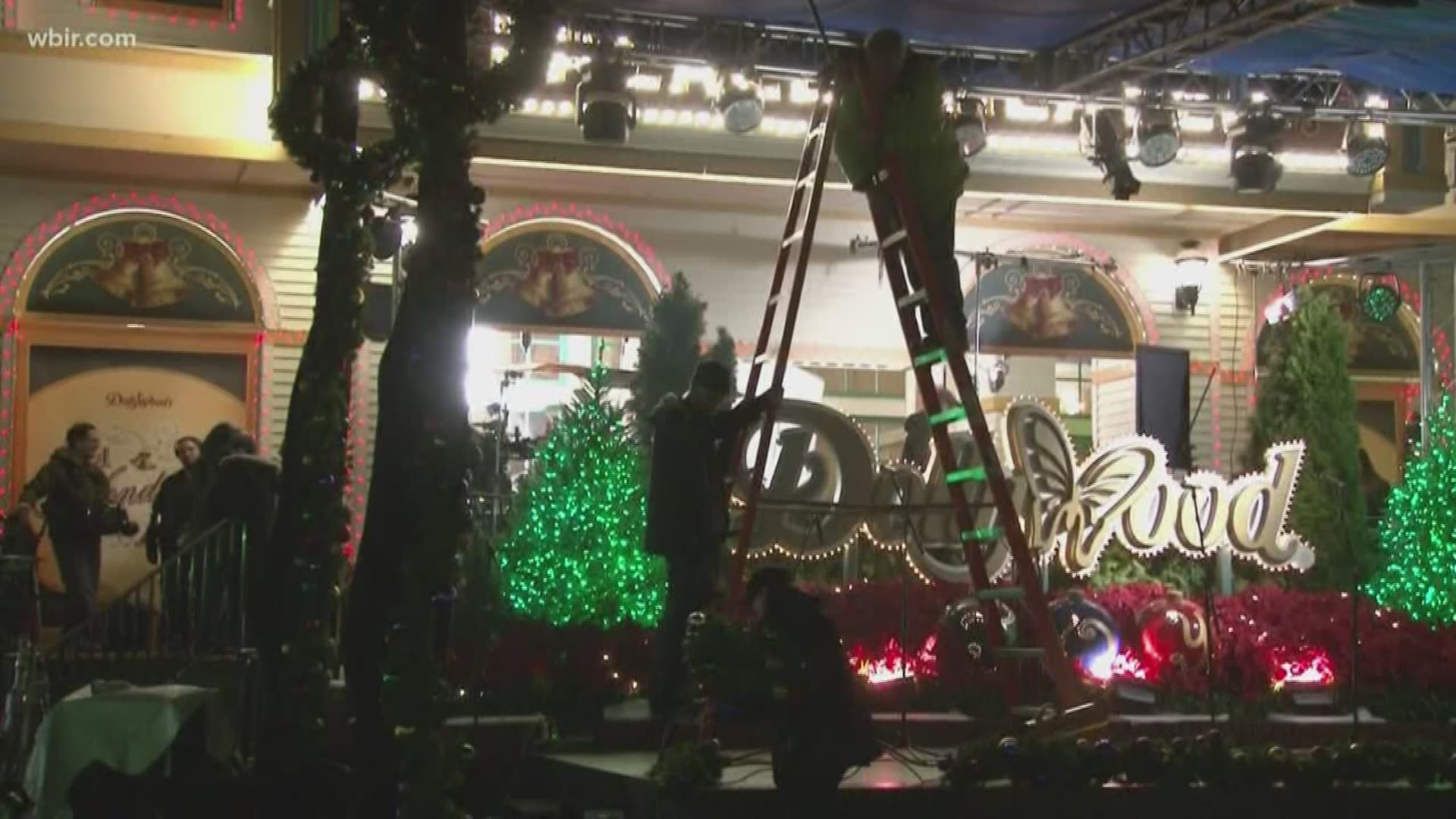 The two joined forces in what is sure to be a hit pairing on the same level as Christmas cookies and milk, or elves and shelves.

Dollywood is know for throwing big, festive Christmas celebrations each year in the park, and Hallmark has not showed any signs of slowing down their Christmas movie game -- so the two seem to have been destined to collide at some point.

When the two announced they would be working together to film a Christmas movie set in Dollywood -- people in East Tennessee were reasonably excited, to say the least.

RELATED: Here's when you can watch the Dollywood Hallmark Christmas movie

In November, film crews were at Dollywood to film a few nighttime scenes for 'Christmas at Dollywood.' It's a good thing Dollywood set up its Christmas lights over the summer, because those lights were shining bright to set the perfect stage for the film.

RELATED: It's (already) beginning to look a lot like Christmas at Dollywood

We spotted Dolly Parton herself at the filming sparkling just as bright as the Christmas lights in her silver sequin gown. It just wouldn't be Christmas without Dolly, so she'll be making an appearance in the film.

Stars Danica McKellar and Niall Matter said Thursday night was a bit surreal, because they themselves were a bit starstruck by Dolly.

"Dolly Parton is indescribably wonderful. She's everything you want her to be and more. She's gracious, she's gorgeous, she's fun," McKellar said.

"My family flipped out when they found out I was coming to Dollywood and filming with Dolly today. It's kind of surreal. I just met her, and I still can't believe it's happening," Matter said.

Despite the rainy night -- the crew got in several recorded scenes that are full of Dollywood Christmas magic.

The film premieres on Sunday, Dec. 8 at 8 p.m. ET on the Hallmark Channel.

ET's got a whole rundown of the plot. Essentially, McKellar is a single mom and successful Broadway producer who is forced to return to her hometown roots when financial difficulty shuts down her latest show. Of course, as she tries to put on a show at Dollywood, she'll clash with the park's entertainment director, and the two will likely fall in love during the the process.