The resort will have more than 300 hotel rooms and employ at least 100 people, according to planning documents. 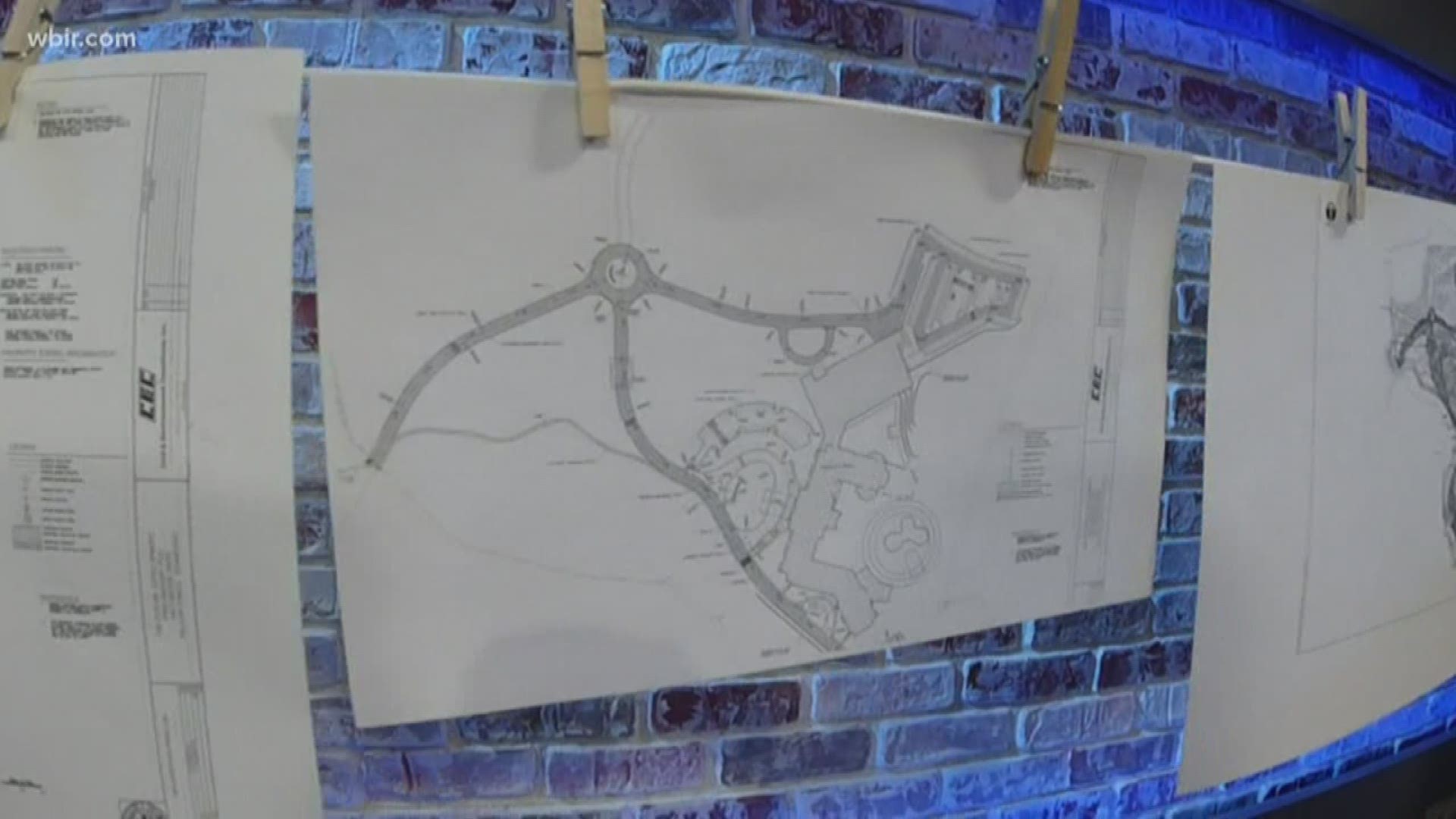 The proposed resort is off McCarter Drive, between McCarter and Jayell Road. It is situated adjacent to Dollywood's Splash Country waterpark and its existing resort, DreamMore.

Credit: WBIR
The site is just up Veterans Blvd. from Dollywood.

The plans indicate the hotel alone will employ 100 people.

In October, the commission approved the preliminary proposal, which mostly consists of building plans and does not include any renderings.

Dollywood spokesperson Pete Owens told 10News, "We have nothing to announce at this time. When Dolly is ready to announce future expansions, we will let you know."

Parton herself has hinted at new resort additions before.

When asked in a 2018 interview with 10News about the possibility of building a new resort, she said: "Absolutely, yes. In fact, we're about to start on a new one. We'll be making some announcements pretty soon."

Parton cited the success of DreamMore, which opened in 2015 as a key factor in deciding to plan a new resort.

“Our resort has just done so well. It's booked all the time and the food is great and we get so many great reports, so we felt like we gonna have to expand," she said.

The new resort, for which Dollywood has not indicated a name or a projected opening date, is only the latest addition to the Dolly empire growing north of the Parkway and Pigeon Forge.

Parton lent her name to the park in 1986. The newly-christened Dollywood added roller coaster attractions beginning in 1989.

But it was not until the new millennium that Dollywood's expansion began in earnest.

The existing resort, the DreamMore, started taking guests in 2015.

And Wildwood Grove, the latest addition to the theme park, opened in Spring 2019.

1 / 4
WBIR
A portion of a preliminary planned unit development proposal filed by Dollywood in October.