It was an experience was unlike any other, and one that many will treasure forever. 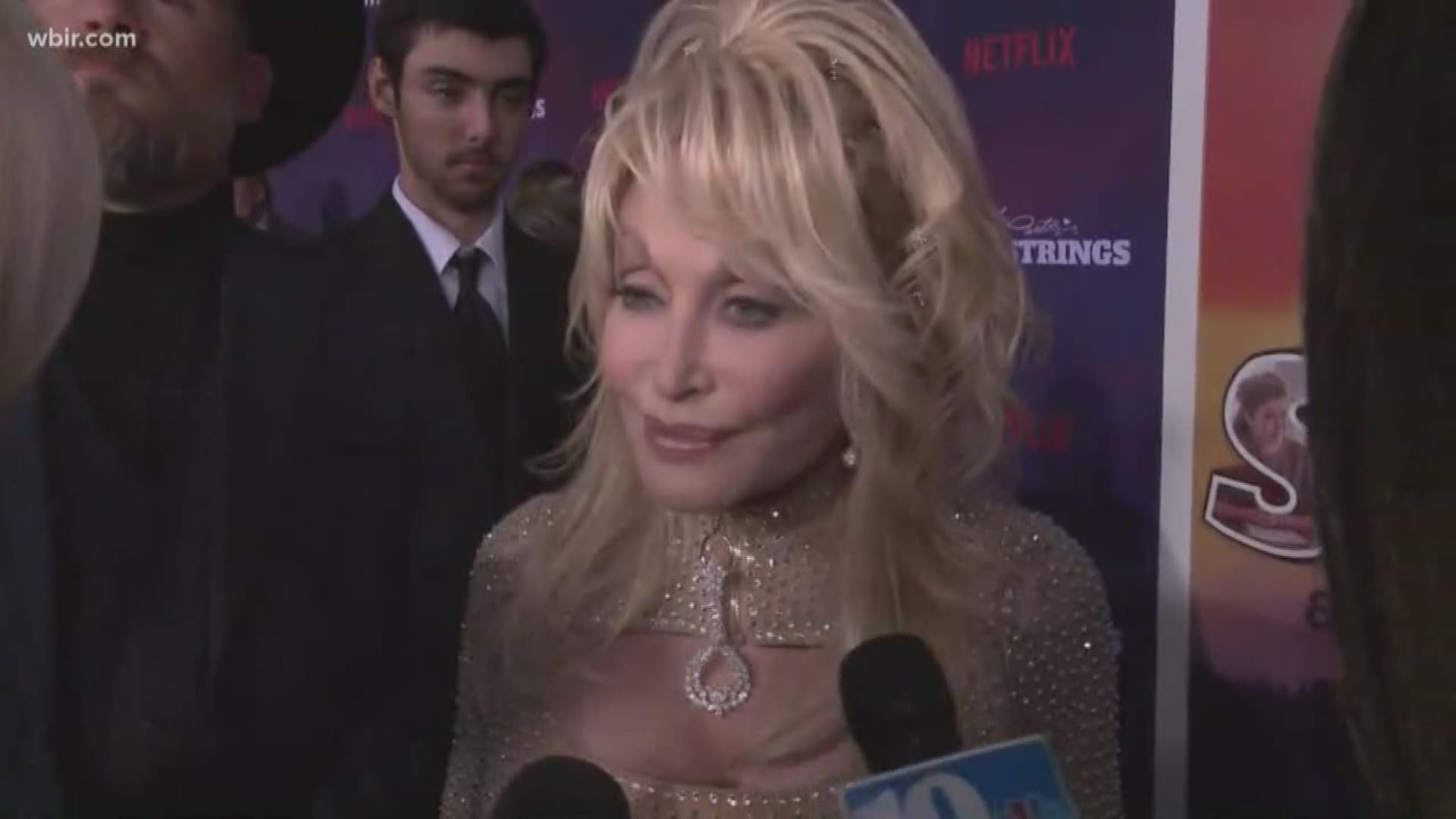 From all the way from Mississippi to just a few miles down the road in Knoxville, 500 lucky fans ran at the opportunity to see their favorite southern belle on the red carpet.

"We're huge Dolly fans we just love her and came out to support her," said Jessica Cooper and Cassie Browning who got to Dollywood at 11 a.m. to get in to see the premiere.

"I'm a big Dolly fan. I have a whole room in my house dedicated to Dolly," said local Melinda Schramm.

Seeing Dolly herself was a treat for local Belinda Owens.

“Well honey it's a once in a lifetime thing to see her little self walk across the stage,” she said.

Getting to see the exclusive first premiere of the new Netflix series was the cherry on top for all.

"When she's cracking jokes in the movie, and to know that woman is sitting in the room with you its great," said Owens.

"Dolly is everything, she's an artist, she's a leader," said Julianne Hough who stars in the series. She was excited to have so much support in attendance. "It's going to have a bit of a twist and I'm excited for everyone to see that."

It was an experience unlike any other and one that they will treasure forever.

"It's really cool were able to watch the series here at Dollywood," said Schramm.

“My family will probably want me to go to bed tonight and stop talking about it,” said Owens.

You can see Dolly's new Netflix series before the November 22 premiere. Dollywood will show all eight episodes in a film festival Wednesday. It's included with park admission, but visitors have to get a wristband for each movie. Dollywood will start handing out wristbands at 8 a.m. Wednesday.