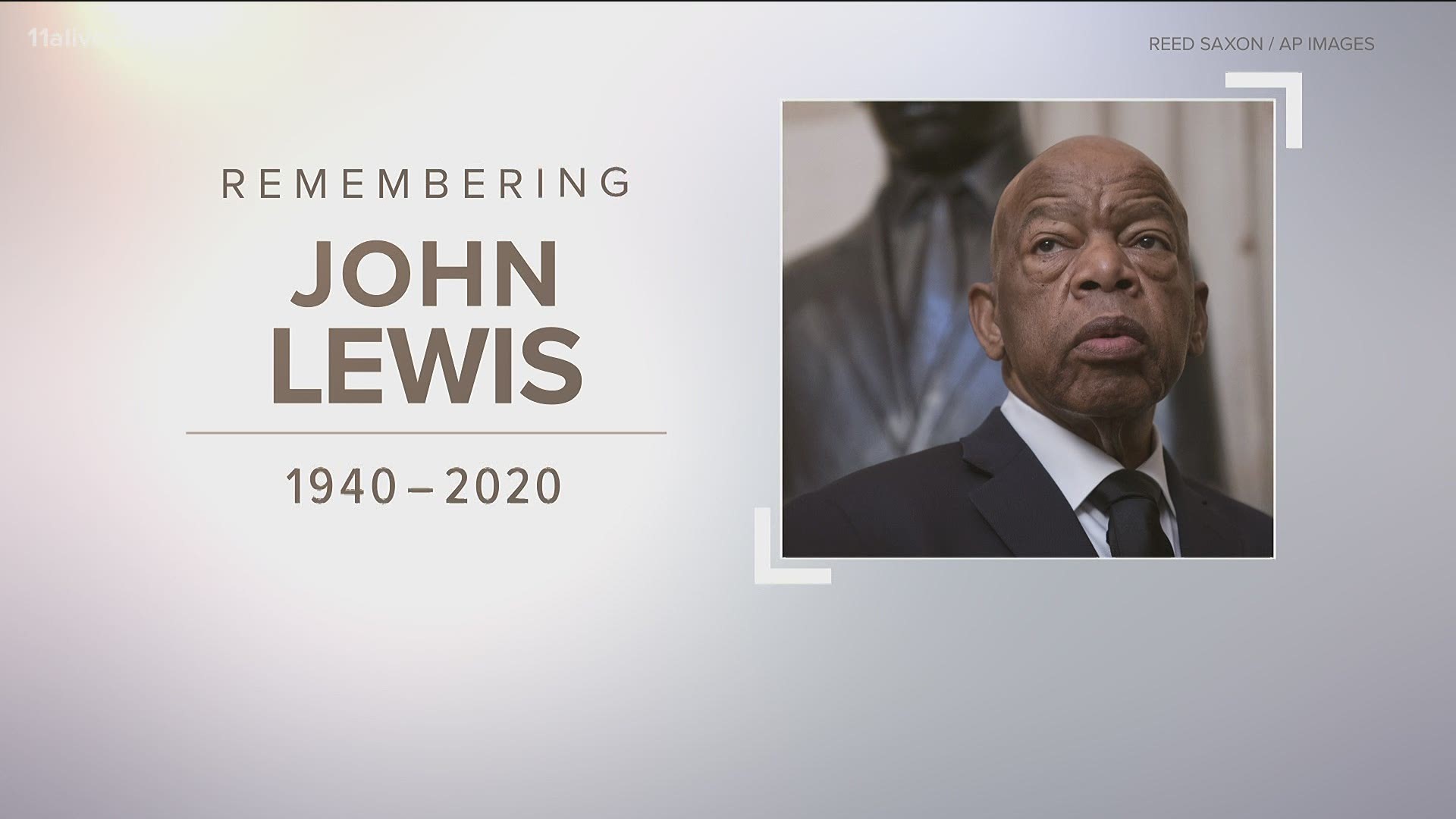 Although the pandemic has limited funerals – mourners of the civil rights leader may have opportunities in multiple locations to pay their respects, according to people versed in the initial plans.

Lewis adopted Atlanta as his home in the 1960s while he fought for civil rights in Tennessee, Alabama, Mississippi and elsewhere.

But Lewis grew up in Troy, Alabama. Much of his family still lives there.

Lewis’s casket may include a stop at Troy – as well as a stop in Selma, where Lewis and Hosea Williams led the 1965 “Bloody Sunday” march that led to the passage of a groundbreaking voting rights law.

Organizers are also looking at the US Capitol in Washington D.C., where Lewis was a member of Congress for nearly 34 years.

RELATED: John Lewis took his 'Good Trouble' to Washington during 33 years in Congress

Congressman Lewis boycotted appearances by President Trump. A stop in Washington DC could force the president to decide whether to pay tribute to Lewis.

Congressman Lewis’s public funeral is then expected to take place in Atlanta, at Ebenezer Baptist Church. Lewis was a member, and it’s where his wife Lillian was eulogized in 2013.

Dr. Martin Luther King Jr., Lewis's civil rights mentor, was pastor at Ebenezer when he was murdered in 1968.

A service at Ebenezer may create some uncomfortable moments as members of Congress and other Lewis admirers vie for seats in a sanctuary expected to be thinned by social distancing.

It could also have a political flavor. Ebenezer pastor Rev. Raphael Warnock is running for the US Senate in a special election in November. Sen. Kelly Loeffler and US Rep. Doug Collins, running for the same seat as Warnock, could be among the members of the Georgia congressional delegation in attendance.

Lewis’s friends are hoping former President Barack Obama will eulogize Congressman Lewis at Ebenezer before he’s buried next to his wife in Atlanta’s South View Cemetery.

All of this is subject to change. Details are expected to become public Friday – after the Thursday funeral of another civil rights pioneer, Dr. C.T. Vivian.