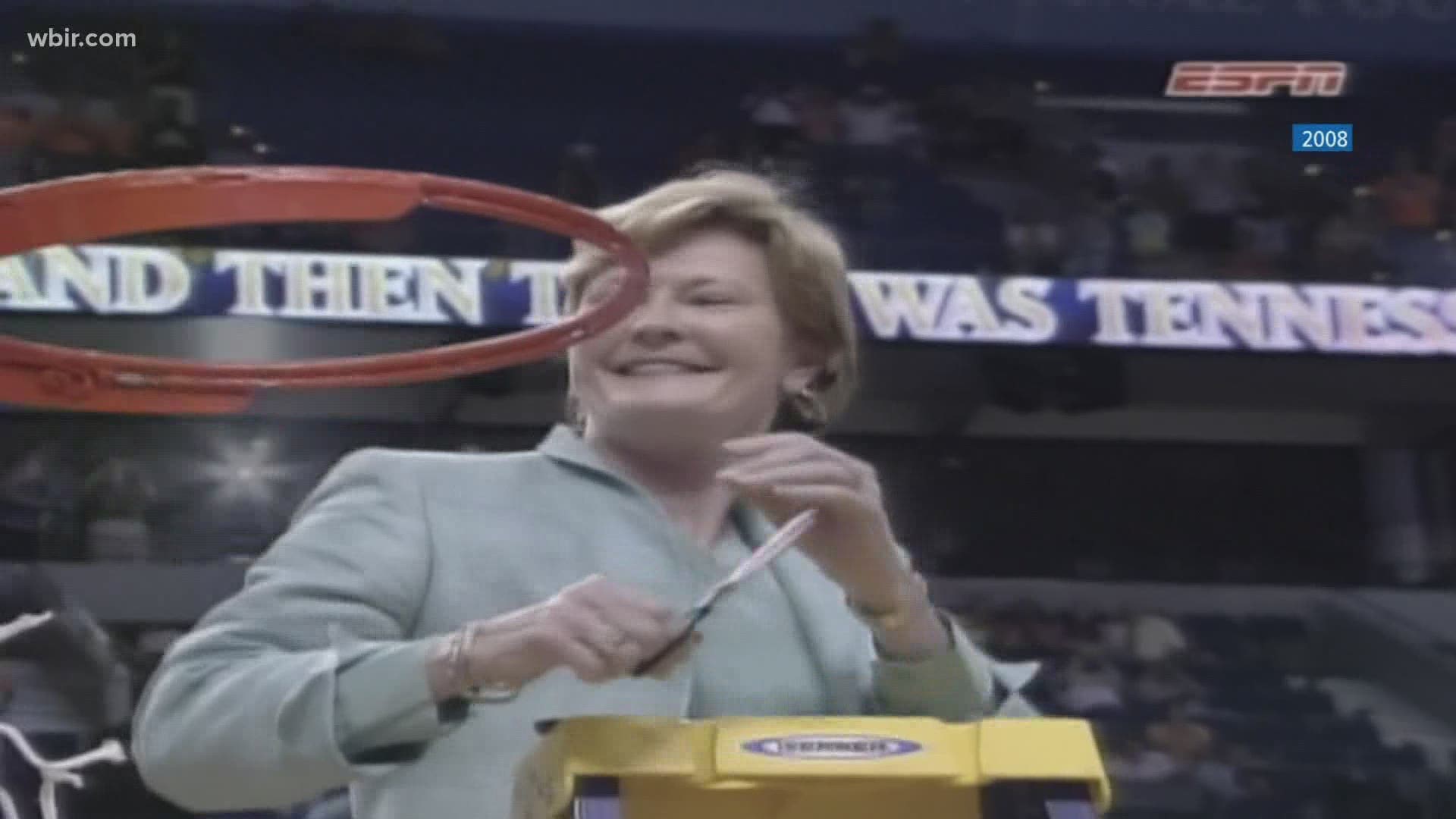 Pat Summitt was the head coach of the Lady Vols Basketball team from 1974 to 2012.

In that time, she won eight NCAA championships and never had a single losing season.

For years, she was the most winning coach in college basketball history.

Joan Cronan, the retired Athletic Director for the University of Tennessee, reflected on her memories of Summitt.

"She is the gold standard for coaches. She's had so much leadership," Cronan said.

Before she passed, Coach Summitt made sure to continue her legacy through the Pat Summitt Foundation.

The foundation aims to award grants that advance the treatment of Alzheimer's.

Now, Cronan is the Chairman of the Advisory Board for the foundation. She knows that it is a vital part of Summitt's legacy.

"I know Pat would be so thrilled to know that every day that we're touching Alzheimer's patients' lives and their caregivers," Cronan said.

"Pat always said, 'you choose your attitude.' And Pat Summitt's attitude toward what we've been able to do over these past five years, I know would be outstanding," Cronan said.

More than her impact on the Lady Vols' game or even her hand in the progression toward a treatment for Alzheimer's disease, Summitt is remembered for her compassion in the community.

Since Summitt's passing, Cronan said she has had people stop her on the street to share memories of the coach.

"I've had people stop me and say 'Pat called my mother when she was in the hospital, she signed an autograph for my child,'" Cronan said, "Pat stopped to do those kinds of things, to reach out and touch people."

For many, those memories are cherished.

"That's what we remember."