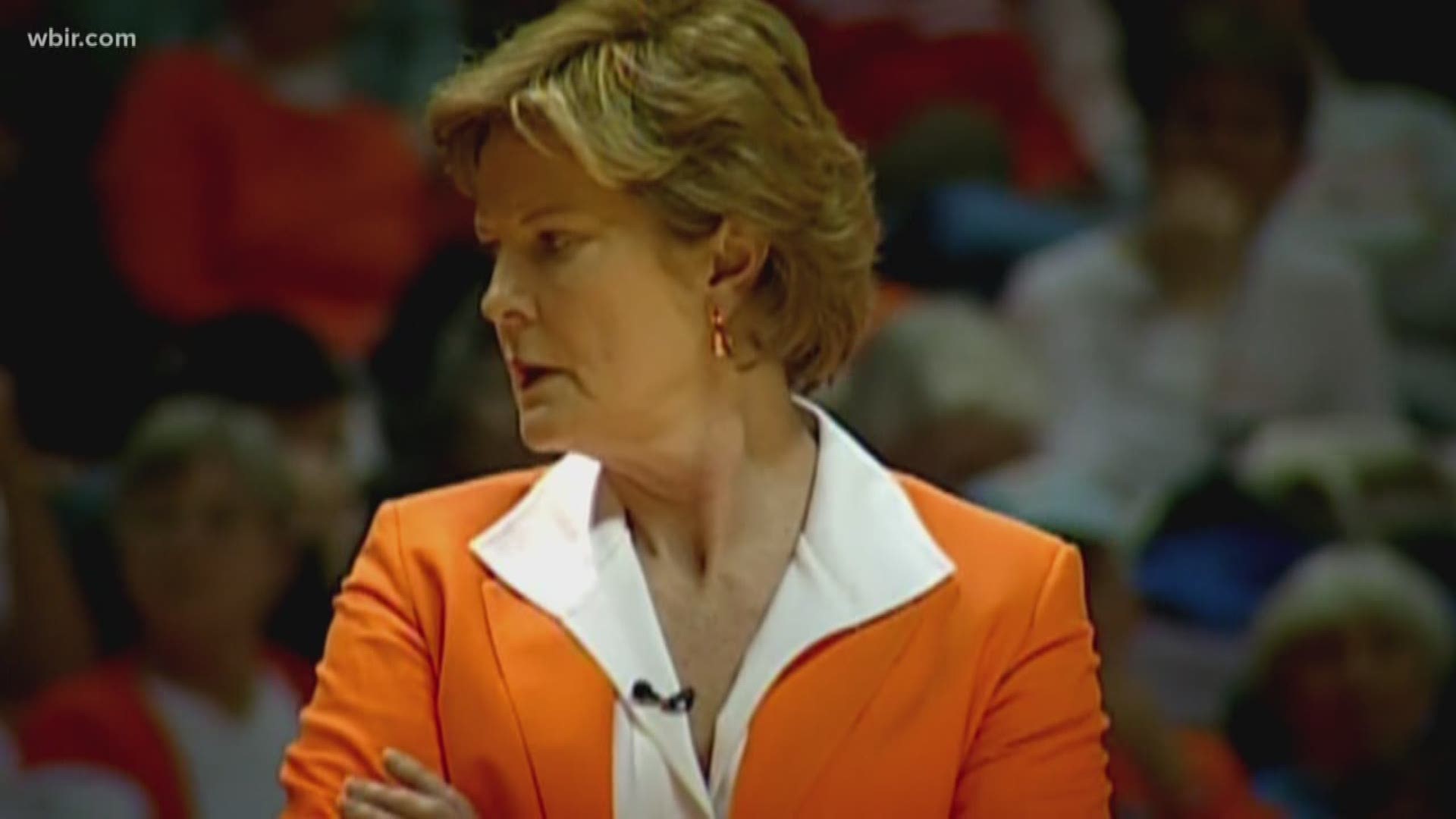 Thursday marks two years since East Tennessee lost one of its most beloved sports legends.

On June 28, 2016 -- people mourned as news came that Coach Pat Summitt had passed away following her battle with early-onset Alzheimer's Disease.

Two years later, the love and respect for Pat burns as bright as ever, particularly from those whose lives she touched.

As we observe the two-year anniversary of her passing, let us remember that Pat Summitt's legacy lives on in everyone she has impacted. 🧡 pic.twitter.com/8JvIgYcUyN

Today we remember the beloved Pat Summitt, who passed away on this day in 2016. #TNAlumnus pic.twitter.com/5o5qYxEfBl

Today, we remember the legendary Pat Summitt, a great leader, activist and friend. Read how our team at The Pat Summitt Clinic at #UTMedicalCenter continues her vision to treat Alzheimer's Disease and other dementias two years after her passing. https://t.co/mP3mjttAPZ pic.twitter.com/kKnLV8nHXE

Pat's legacy and her mission to fight to find a cure for Alzheimer's Disease and dementia remains.

On June 4, the Pat Summitt Foundation raised more than $150,000 from its 7th annual Alzheimer's Golf Classic

►Ways to give: Pat Summitt Foundation

The foundation was established in Nov. 2011 by Pat and her son Tyler, and works toward finding a cure and to provide support for patients and caregivers.

In January 2017, UT Medical opened the doors to the Pat Summitt Alzheimer's Clinic, which has served to help many suffering from the disease and improve access to healthcare services.

In 38 seasons as UT”s head coach, Summitt compiled a record-setting 1,098-208 record and never had a losing season. During Summitt’s tenure, every single one of her players who completed their eligibility graduated.

Summitt coached 21 All-American players, 39 All-SEC players and 12 Olympians (as part of the 1976 Summer Olympics. A total of 14 players Summitt coached while at UT played in the Olympic games at some point).

From 1976-2011, every Lady Vol basketball player had the opportunity to play in at least one Final Four.

In 2012, President Barack Obama awarded Summitt the Presidential Medal of Freedom, which is the highest civilian honor in the nation. She also received the Arthur Ashe Courage Award at the 2012 ESPY Awards.

Summitt was born June 14, 1952, in Clarksville, Tenn., the fourth of five children. She attended Cheatham County High School in Ashland City, Tenn., because Clarksville did not have a girls team.

Back then, Summitt was known as Trish Head (her full name is Patricia Sue Head Summitt. Pat Head married R.B. Summitt in 1980. Pat Summitt filed for divorce in 2007, and the divorce was finalized in 2008).

Trish was a four-year starter at Cheatham County High School from 1967-1970, and a TSSAA All-District 20 Tournament selection in 1970, the same year she graduated.

In 1970, there were no athletic scholarships for women with the passage of Title IX still two years away.

Each of Summitt’s brothers received athletic scholarships, but her parents had to pay her way to college.