You Are Not Alone: Coming out

My name is Zathrus Beeler. I am a gay man, and you are not alone. 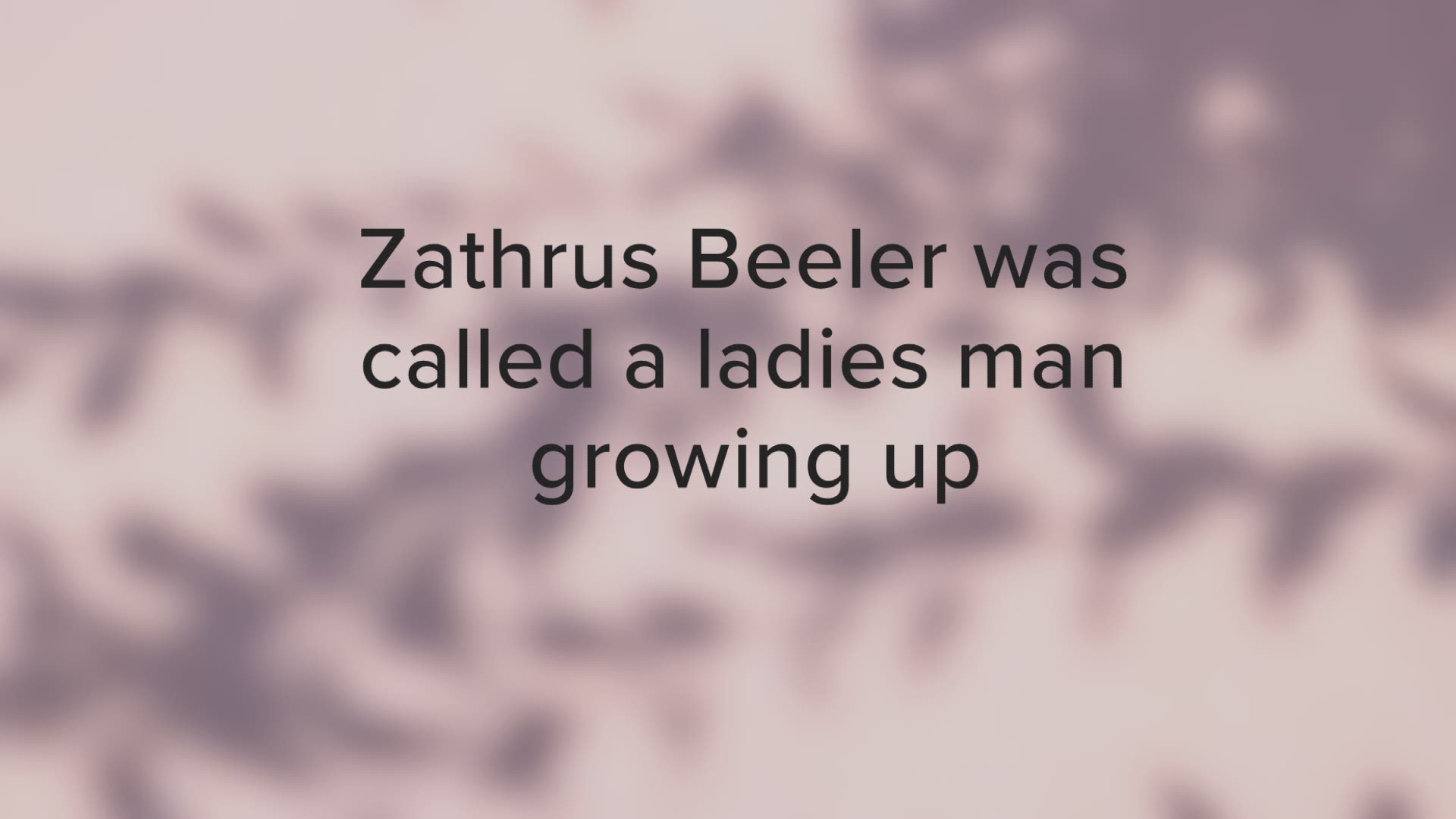 Growing up in the Gibbs area, he was often called a ladies man because he was always hanging out with girls.

When he moved to Nashville to live with his aunt in eighth grade, he started dating a girl but found he was nervous when she wanted to have their first kiss.

"For me, it was just not really an uncomfortable feeling, but it was just something that I really wasn't interested in acting upon," he said.

His aunt noticed their interactions. She sat down with him one day and explained what it meant to be gay.

"She was the first one that really kind of opened my eyes up to even the thought of being gay," Zathrus said.

"Once she started explaining things to me, I started breaking down, and I was like, 'You know what? I think you might be right because I have no physical interest in girls for me.'"

He started to realize he was hanging out with the girls most of the time because he felt awkward around guys.

"And I was like, 'Why did I feel awkward around the guys?' And it was because I started to realize those were my crushes," Zathrus said.

After these conversations with his aunt, he started to accept this new revelation about himself.

When he moved back to Gibbs the summer before his freshman year of high school, he was excited to tell his old friends.

"I ended up moving back, and I wasn't excited about it. But I was proud that I had learned something new about myself," Zathrus said.

One of the first people he told was his best friend, and according to Zathrus, "it kind of freaked him out."

"I don't know what was going through his head at the time. I don't know if he maybe thought I was trying to spark interest or something along those lines. But I was just genuinely trying to get something off my chest," he said.

The friend called some of their mutual friends, and those friends began to worry about what people at their church would think and do if they found out.

"It got into my head. I was like, 'Oh my God, I do have a problem on my hands. I'm gay. This is not OK, especially in this area. People don't accept this,'" Zathrus said.

His friends encouraged Zathrus to keep it to himself and try to like girls. He agreed and got a self-described Justin Bieber haircut before going back to school.

"It wasn't really that I was trying to be straight, but I just ignored the fact of being gay," he said.

Zathrus did his best to fit in but said he felt like he was putting himself in a box where he didn't really fit.

That feeling started to change when he joined the school's color guard and began experimenting with his look by trying out makeup and cutting off his Justin Bieber hair.

Most of all, he found a community where he could be himself.

"Through the support of having people around you that accept you and aren't scared to let you be who you want to be, I finally could accept myself. And so I started admitting to myself, 'You know, I do like boys, and there's nothing wrong with that,'" Zathrus said.

Through the rest of his schooling, Zathrus used himself as an example for other students who may be struggling.

"I want to show somebody else that you can wear your hair big, you can live your best life, you can say whatever you want and do whatever you want. And it's OK because the people that are going to love you will come forward, they will accept you, and they will love you," he said.

Now 22 years old, Zathrus still tries to use his attitude and life as a way to educate people about the LGBTQ+ community.

"Just because I'm gay doesn't mean that means anything about my life. Me being gay is my sexual preference, but my personality and the way that I live my life is something completely different," Zathrus said.

Ultimately, he encourages people, no matter their gender or sexuality, to get to know each other rather than trying to make them fit in a box.

"I think that's the thing that people get so confused by is they think that the unknown is so bad, but really, the unknown can be so beautiful," he said. "Being gay means loving and loving someone else, and that's what's so beautiful. And that's kind of the beauty of being in the gay community because we do have so many different shades of being gay."

RELATED: UT graduate is the first transgender woman to be named a Rhodes Scholar

RELATED: Knoxville and Nashville among most LQBTQ-inclusive cities in Tennessee

There are resources available for members and allies of the LGBTQ+ community in East Tennessee for support and advocacy.