You Are Not Alone: Divorce

My name is Charles Denney. I'm divorced now. You are not alone. 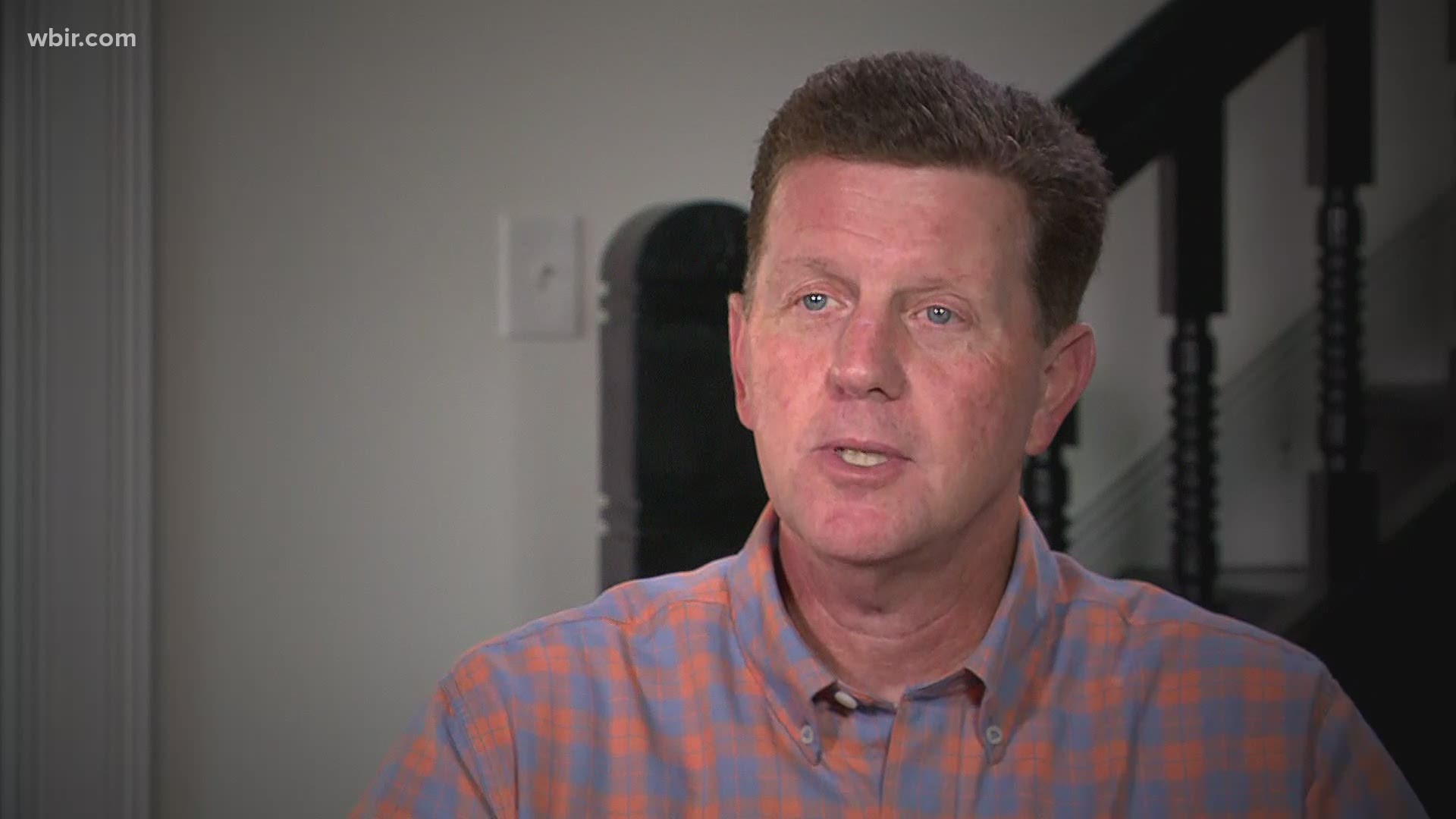 KNOXVILLE, Tenn. — Charles Denney and his ex-wife were married for 30 years. Until 2019.

"My wife just looked across from me at the dinner table and said, 'I don’t love you anymore. We’re done. I want a divorce,'" Charles said.

He said the divorce was "swift and brutal" and drew a lot of questions from family and friends.

Charles said he does not regret the marriage because of his "two amazing children."

"I can’t imagine a world without them in it," he said. "That’s been one of the most bothersome things about my divorce was the impact it had on my children and my family."

In the course of a few months, on top of the divorce, Charles lost his home, his children moved to new jobs in new cities, and he had to put his mother in a nursing home because of worsening dementia.

"Every day my head was just spinning, it was a very difficult time," he said.

MORE: You are not alone | Stories about life

The American Psychological Association reports about 40 to 50 percent of married couples in the United States divorce.

Charles said these statistics are no comfort at all when you are struggling through the process and the sadness that comes with it.

"I was able to reach inside myself and find some courage," he said, tearing up. "I accepted the harsh reality of what was going on. Once you have that moment of acceptance, that’s when you start to heal."

Healing is a long process. Charles said he's now getting to the point where some days he doesn't think about the divorce, but most days he does.

Credit: Charles Denney
"I woke up on my birthday October 20th and just had the thought to write these things down, and then burn the list," said Charles.

He attended a divorce care program at a local church and saw a therapist, but mostly had to deal with it on his own.

He's found connections through Facebook groups for divorced men but didn't have a lot of people he could turn to in person.

"Married people think they understand divorce, but they really do not. That’s nothing against them. I hope they never experience it, but until you go through it, you don’t realize the depth of it, the magnitude of it," Charles said.

He said it is a time when you have to really focus on yourself and wants to remind people in similar situations that it is not selfish to take time to heal.

Charles has since found new love. They just bought a home together.

"If I don’t go through this hell, I never meet her. She’s really amazing and beautiful, and I keep telling her, 'You could date anybody, but you choose me,' but she chooses me," Charles said.

He said he sees this new chapter in his life not as moving on but moving forward.

"Moving on is not a good phrase 'cause that means my marriage didn’t mean anything, but I’m moving forward and there’s a difference," Charles said.

If you're divorced or going through a separation, know that you are not alone.

There are resources for men and women coping with the stress and hurt of divorce here in East Tennessee: