You Are Not Alone: Eating disorder

My name is Kaitlyn Tucker. I had an eating disorder. You are not alone. 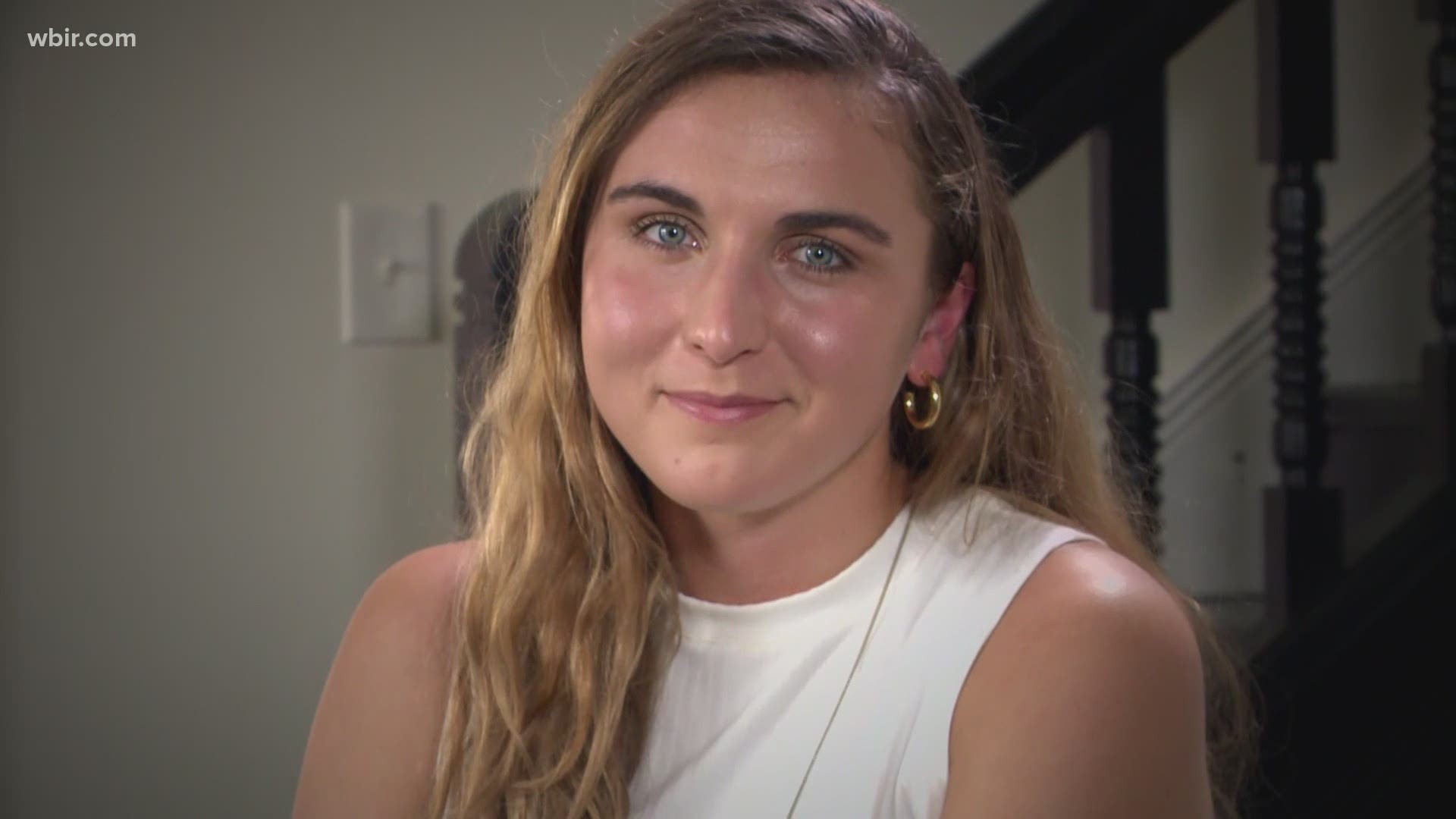 KNOXVILLE, Tenn. — Kaitlyn Tucker was a freshman in high school when she started to feel like her body was not like other girls'.

"I thought that by changing what I looked like I would get some form of acceptability or affirmation from other people," she said.

At first, it was really subtle. Kaitlyn started doing extra training sessions and eating healthier "for the sake of her sport." She played volleyball and basketball.

"But really, for me, it was for the sake of changing my body, and if I could hide that, no one would look at it differently," she said.

MORE STORIES: You are not alone | Stories about life

Under the guise of becoming a better athlete, Kaitlyn slowly started cutting away calories and working out even more.

"I was mostly getting affirmation from other people of how good I was looking and so that felt like a motivation to keep going," she said.

She started losing hair, and the restrictions weakened her to the point that she couldn’t make it up and down the basketball court.

Still, Kaitlyn was always a normal weight, and her restrictions went largely unnoticed by other people.

In college, Kaitlyn was studying to be a dietician. She found she couldn't maintain the restrictions anymore and turned to binges.

"I’d feel so guilty about bingeing that I would purge, and then the cycle just kind of kept progressing, getting more severe and more frequent," she said.

Kaitlyn isolated herself. She wouldn't go out for food with friends because she'd feel guilty about eating things like tacos or pizza.

"I just got to a point where I had a choice of getting better or kind of pausing my life to be thin," she said. "Is being thin really that important? I just would rather have my life back."

She went to the doctor and found out her ovaries were shutting down and that her reproductive system likely wouldn't work the same way if she didn't gain more body fat.

"They said that I probably couldn’t have kids, and that was kind of my wake up call of, 'OK, this isn’t just me getting thin. This is a problem,'" Kaitlyn said.

That's when she opened up about her eating disorder for the first time.

Kaitlyn found that talking about it helped her start healing.

"The more I talked about it, let that story of shame come to light, that I felt like I wasn’t in the dark as much," she said. "Lots of tears. Being able to just say it out loud that I’m not okay was really huge for me."

She found help from professionals trained to work with people who have eating disorders.

Now, five years later, she is one of those professionals helping people work through their own eating disorders.

"I look back at some of the things I used to do and I just feel so sad for that girl," Kaitlyn said. "I put dressing on my salad now. I don’t just eat salad when I go out to eat. I’ll have more than one slice of pizza. I honor my hunger and my fullness."

Some of those old mental hurdles still come back from time to time, but she is ready for them.

"If I ever feel that inkling of the disordered brain kind of coming back, I can be like, 'OK, this is your thought. We’re gonna let these thoughts pass, and we’re gonna go on with our life.' It doesn’t dictate my life like it used to," she said.

Kaitlyn knows it is difficult not to compare our bodies with the people we see on social media or in movies, but it is critical to be mindful of how you feel when you look at certain people's posts.

"If you feel bad about yourself when you look at someone’s picture, then you probably don’t need to follow them," she said. "Thoughts happen. We’re gonna get thoughts and you can’t control your thoughts, but you can control what you do with those thoughts."

Ultimately, Kaitlyn wants people to realize that each body is uniquely created, and we should take steps to choose to love it instead of criticizing it.

According to the National Eating Disorders Association, 20 million women and 10 million men in the U.S. will develop an eating disorder at some point in their lifetime.

There is help available: