You Are Not Alone: Foster care

My name is Reagan Dodson. I was in foster care, and you are not alone. 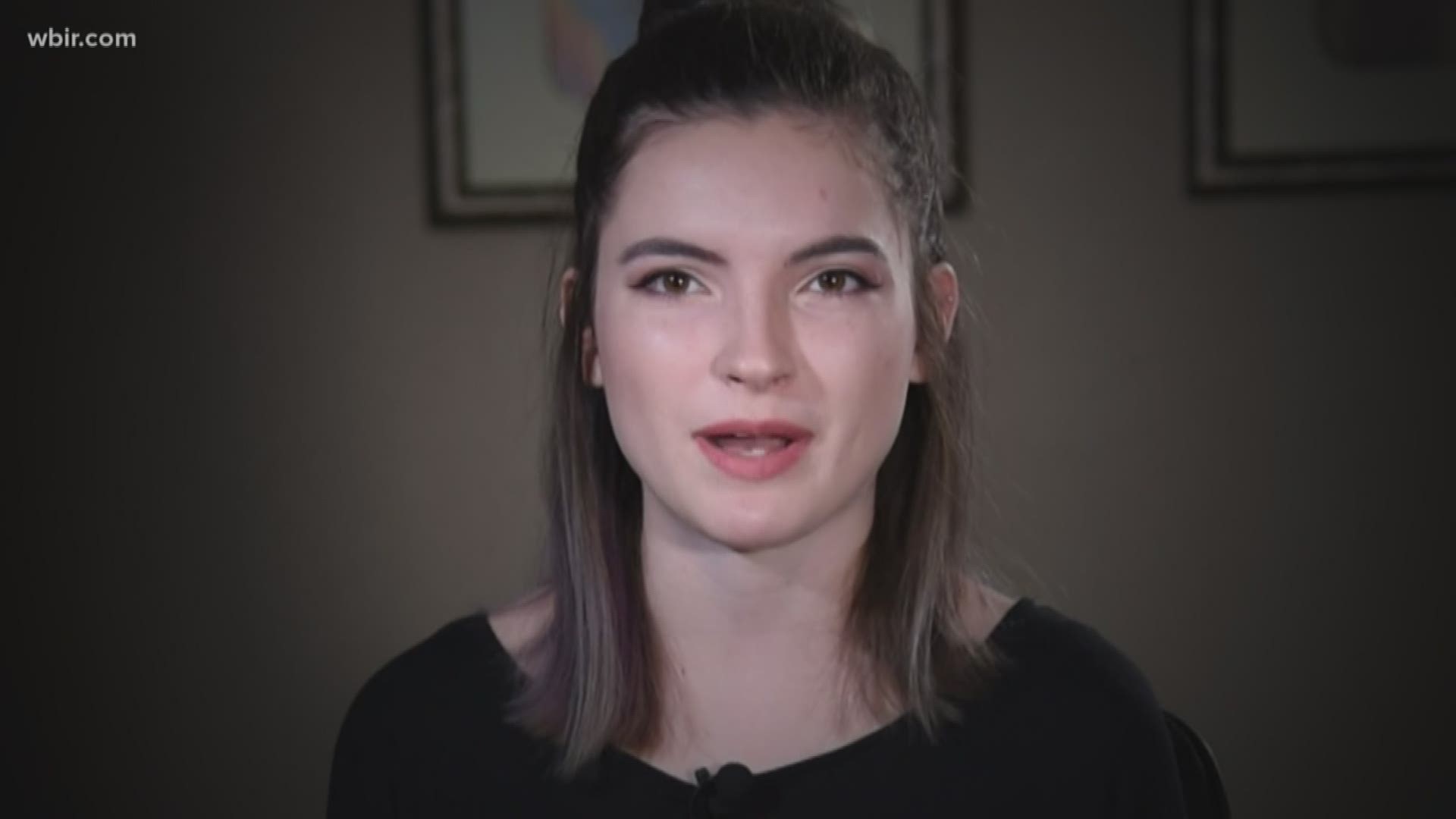 KNOXVILLE, Tenn. — Reagan Dodson was 16 years old and had just moved to Tennessee two weeks before making a decision that would change her life.

"It was really difficult and scary to run away and get a stranger's phone to call the police," she said.

Life at home was not healthy, and Reagan made the choice she saw best for her and her younger sister.

For the sake of Reagan's privacy, we are not including the details surrounding her situation at home.

"I am the one who told the police on my parents," Reagan said. "Most kids that go into foster care don't want to be removed from their parents. But at that time, that's the only thing that I wanted." 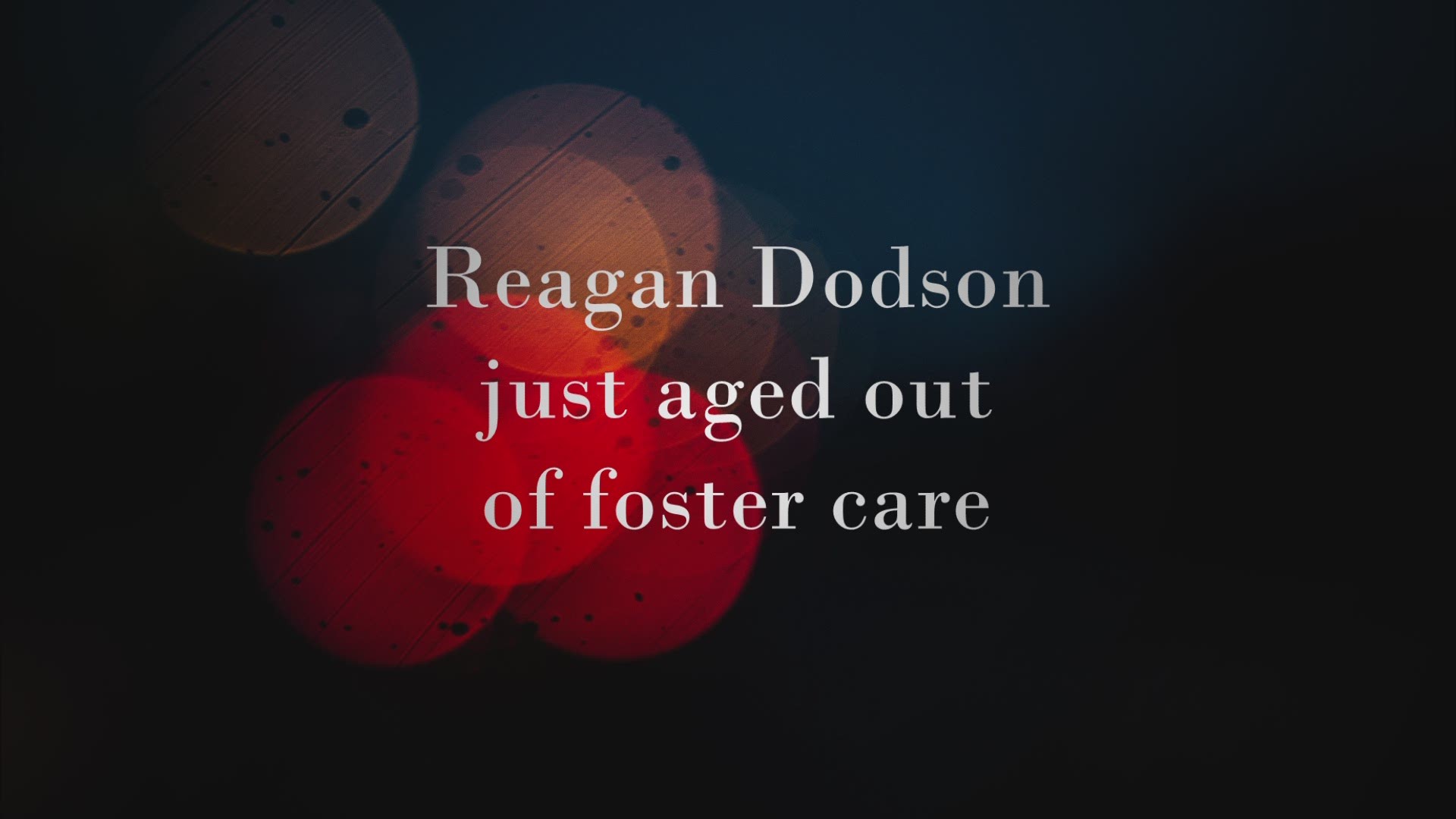 Her mom and her mom's boyfriend were arrested, and Reagan and her sister were moved into a foster home.

Despite being angry with the situation, she said she still missed her mom.

"I literally went, like, months without a hug," Reagan said. "And it's just hard being a teenage girl without your mom."

She said they were always close.

"Just our whole life, like through husbands and boyfriends, it was me, my mom, my sister," Reagan said. "We always said we're like, the three peas in a pod, three musketeers, whatever, like through all the craziness we had each other. Then it was like, we were missing one-third of that."

The situation took a toll on Reagan's mental health.

"I spent so much time isolating myself because I was really depressed. And then after that, I've always just felt a bit uncomfortable making friends again," she said.

Things started to look up for Reagan when she was placed into the care of a young couple in the Maryville area.

"My foster parents are like my forever parents. They came into my life when I was 17," she said.

Reagan never told people at her high school that she lived with foster parents.

"I just call my foster parents my parents most of the time because as soon as I say the word 'foster' people give me looks and they're sad and they want to know more," she said.

But her life is going great, and she's not embarrassed by her past anymore.

"As I've gotten older, I realized it's not a secret thing. It's such a huge part of my life and it's not something to be ashamed of because I went through a horrible situation, but I have a great life now," Reagan said.

Since leaving foster care when she turned 18, Reagan has dedicated herself to raising awareness and giving back.

"Before I was in foster care, I never really heard about it. I never knew how many kids there were in foster care. I never met a foster parent. And now, I'm like, 'Why? Why do more people not know about this?'" Reagan said.

She is the co-president of a group called Youth For Youth, which functions as a support group for other kids in foster care and advocates for the foster care community.

"I really just am trying to take everything that I've been through to like, make a difference in other people's lives and make it mean something," she said.

Reagan is 19 years old now and was recently accepted to the University of Tennessee, where she wants to study in the College of Social Work.

"A lot of kids that go into foster care start feeling really hopeless and scared like their life is always going to be difficult and like they'll never get through this. But you can and you will and things do get better and you just have to stay strong," Reagan said.

Aging out of the foster care system is scary, but there are a lot of resources for teens going through this process.

RELATED: "Isaiah 117 Houses" give kids a place to go while they wait for foster care