You Are Not Alone: Infertility in men

My name is Jared Daugherty. My wife and I are struggling to have kids, and just want to let you know that you are not alone. 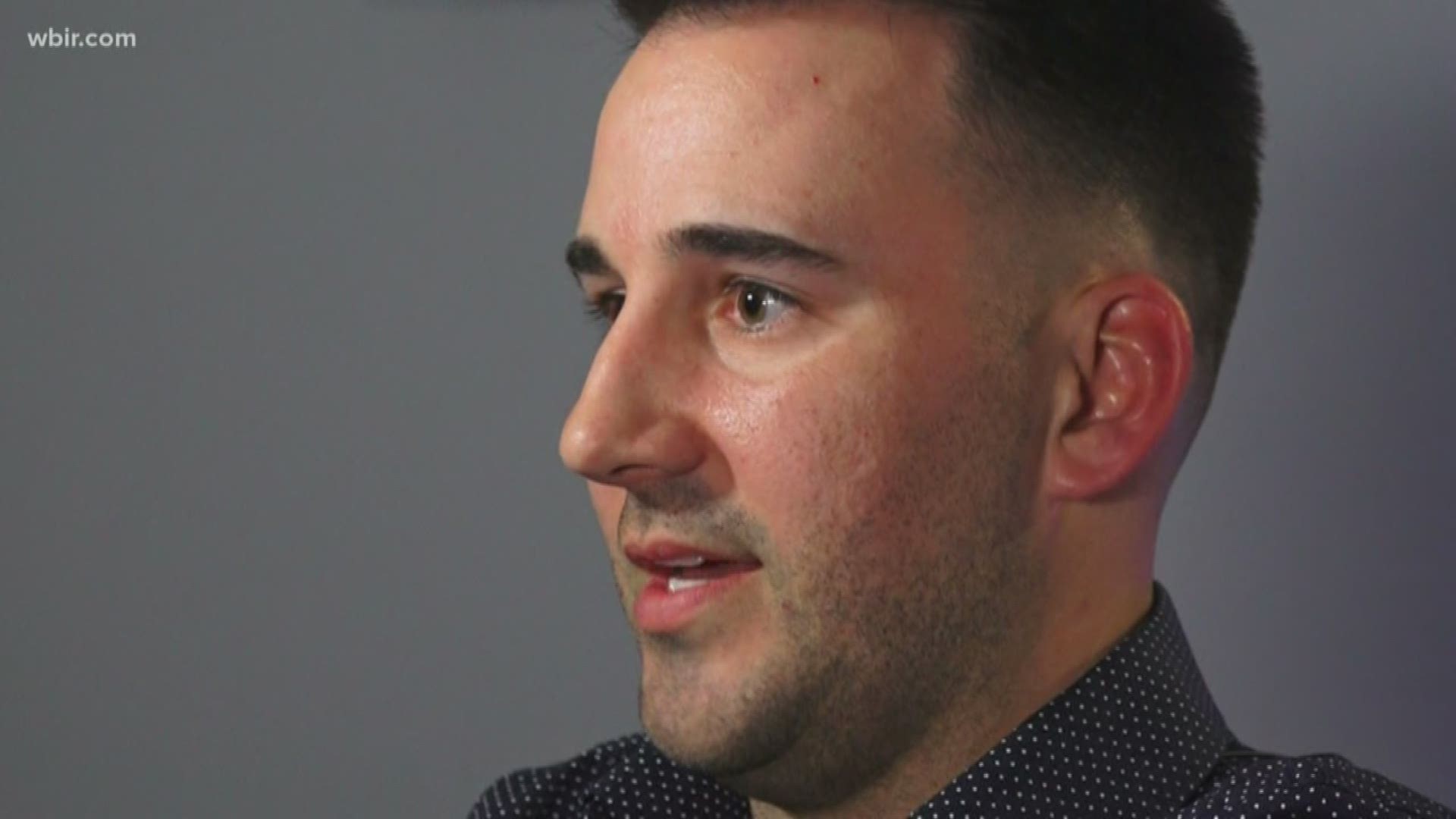 KNOXVILLE, Tenn. — Jared Daugherty and his wife Rachel have been married for 6 years, after dating in high school, breaking up for a while and eventually getting back together.

For the past 4 years, they have been struggling with infertility.

They had difficulties conceiving early on but were told not to worry about it within the first year.

After a year and a half, Jared and Rachel went to a fertility doctor where he found out his counts were low and things just weren't where they needed to be to have a child. According to all tests, Rachel was fine.

"It was never something that I would have even thought about being a problem," Jared said. "Then all of a sudden, I'm in it, and it's like, 'Oh, wow. I'm the problem here.' And it just, it feels bad. And it wasn't like she resented me for it or anything. And I knew that wasn't the case. But it just, I don't know. I just felt bad."

They became frustrated with their treatment with the fertility doctor after several more months of negative pregnancy tests.

"It was just like, 'Here's some medicine. Try this for six months. And then we didn't anything else,'" Jared said.

A couple at their church suggested reproductive acupuncture, and around the same time, they were able to start seeing a new fertility specialist.

Through this specialist, they found out that Jared's low counts were not the only contributing factor. Rachel had endometriosis.

Fortunately, there were surgical options for both of them. Rachel could have the endometriosis removed, and Jared went to a urologist for a surgery to help him.

"I try to stay pretty positive, especially for her," Jared said. "It kind of has gotten to the point where it just, I mean, it consumes us."

Jared admits being on such a tight schedule every month can take the fun out of it.

He said the biggest struggle is seeing family and friends get pregnant and have children.

"We're never going to be those people that are not happy for our friends or for other people as they get pregnant," Jared said. "It's hard to not, kind of, get mad about it sometimes. I don't want to feel that way, but it happens."

At 34 years old, Jared knows the biological clock is ticking, but after the surgeries, he and his wife feel confident in their chances and plan to try intrauterine insemination in the near future.

He hopes by sharing his story he can raise awareness and break some of the stigma surrounding the topic of infertility and help people be a bit more sensitive about the issue.

"We get the question like, 'You guys want to have kids?' or 'Do you have kids?' and it's like, 'Well, why not?'" Jared said. "People just don't really realize kind of how sensitive it is. I don't mind at all to talk about it, but the way that some people approach it, I'm like, 'Well, we're trying. We're working on it.'"

Jared stresses the importance of seeking help early if you have concerns and asking questions.

If you or your partner are struggling with infertility, there are options and resources available.

RELATED: 'You think it's a reflection of you, something you did wrong' | Breaking the silence on miscarriage