You Are Not Alone: Suicide

My name is Reico Hopewell. I have attempted suicide. You are not alone. 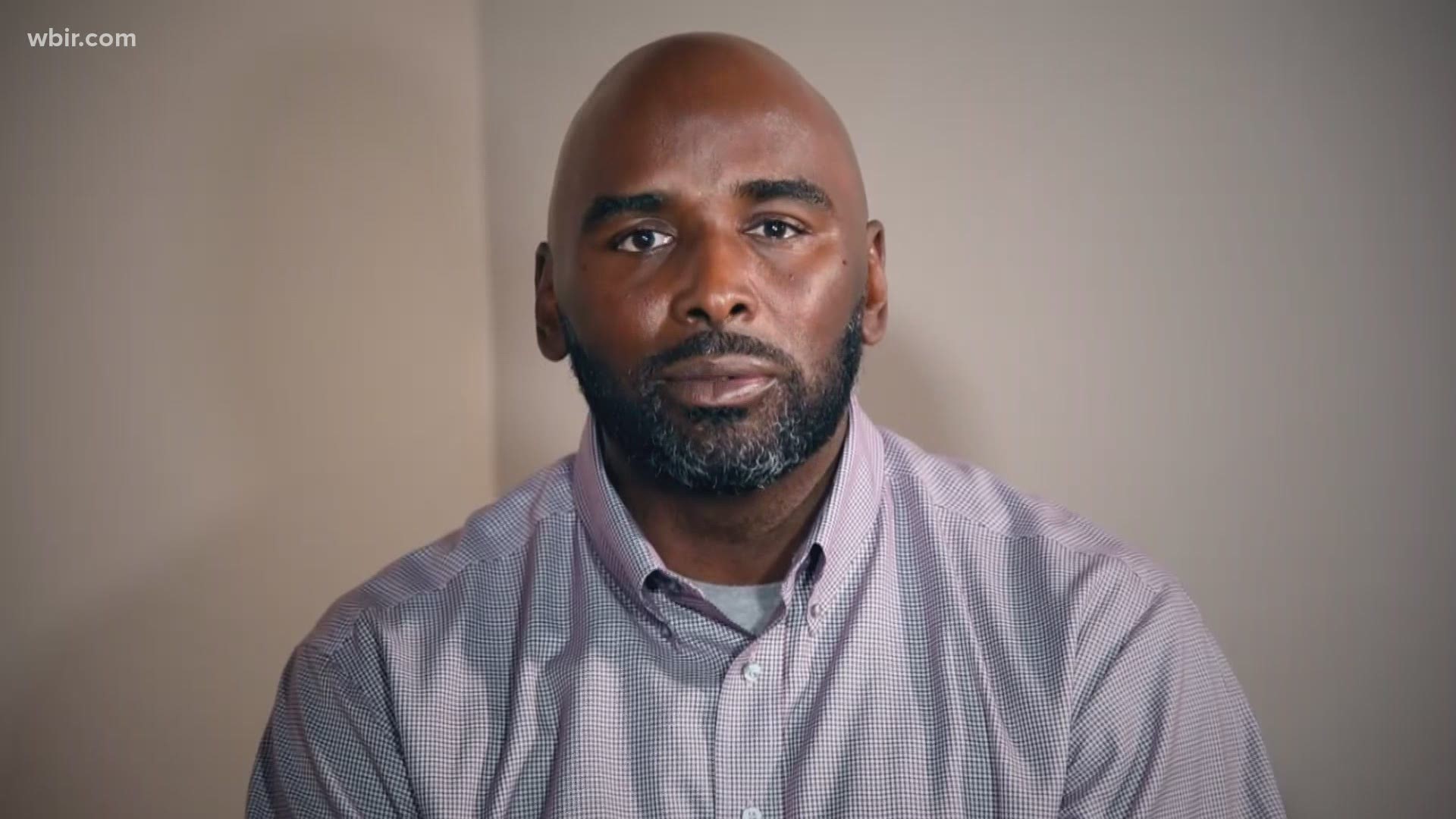 KNOXVILLE, Tenn. — Growing up as a Black child in a predominately white community, Reico Hopewell said he always felt insecure.

From grade school through college, he felt like he didn’t fit in because he was darker, taller and more athletic than most of his peers.

He started drinking and using marijuana as an outlet to cope with these feelings.

When he went to Maryville College on an athletic scholarship to play basketball, there was a lot of pressure. He continued to use drugs, like crack cocaine, and alcohol as an escape until he couldn't handle it anymore.

"I always felt insecure, less than, not enough," Reico said.

He survived and found himself in the hospital, only to try again a year later after his father was murdered.

"In the African American community, especially for males, we don’t talk about our feelings, and that’s what leads us to those behaviors," Reico said. "We just need to be more open and vulnerable and say, 'Hey, I’m struggling. This is what’s going on. I’m scared. I’m alone.'"

He lost his athletic scholarship because of his addiction and found himself homeless, sleeping on park benches and friends' couches. All the while still struggling with substance abuse.

"A friend of mine, she had found me and she was smacking me. And I was waking up and I can just really remember that right now. I think that really saved my life," Reico said.

He would also find himself in jail multiple times. The last time being around 2007-2008.

"I went to jail, and I just got on my knees and I prayed. I said, 'God please just take all these desires away from me, especially the taste for drugs and alcohol.' And I believe, at that moment, I was delivered from it, and I haven’t had a craving to drink, to use drugs or even a suicidal thought," Reico said.

He started getting treatment to help him overcome his addiction and going to therapy to work through the mental and emotional pains he tried so hard to escape for all those years.

Therapy didn't come naturally to him. He didn't want to talk about the dark spots in his life. Reico is now an open book in therapy sessions. He wants others to know that being sharing your feelings doesn't have to be uncomfortable.

He said one of the most pivotal points was learning it's OK to ask for help.

"I had this lady in treatment. Her name was Beth. I remember sitting on the steps in treatment, and she put her hand on my shoulder and said, 'Reico, do you need anything?'" Reico said. "In that moment, I was in a dark place, and for her to ask me that, it just changed my life. There’s such a stigma on asking for help because it’s a sign of weakness. Just ask for help."

He said opening up to other people and taking care of each other is critical to combat this stigma.

"People don’t care what you know until they know you care," he said. "Once you display to them that you care about them, then it all changes for them."

Now, 48 years old and sober for more than a decade, Reico has dedicated his life to helping others.

He became a licensed addiction counselor, started a private practice and founded the Mend House, a 40-bed sober living community.

Reico said his own recovery journey continues every day as work on his internal and external self.

"I don’t want to be back in the ER with a tube down my throat again. Ever again. Or I don’t want to be homeless walking down the street not knowing where my next meal was gonna be. So I want to use the opportunities that are given to me to get that stuff out of me," he said.

He wants to use his story to remind people that they are not alone in their struggles.

If you are struggling with addiction or suicidal thoughts, there is help available.

Crisis Text Line: Text TN to 741741 if you're struggling with thoughts of suicide

Additionally, the peer recovery call center available in East Tennessee, where those who answer the hotline have first-hand experience in the area.