Ten years after Razzle disappeared, he is being reunited with his family in Arkansas, all thanks to a microchip and a man with a plane. 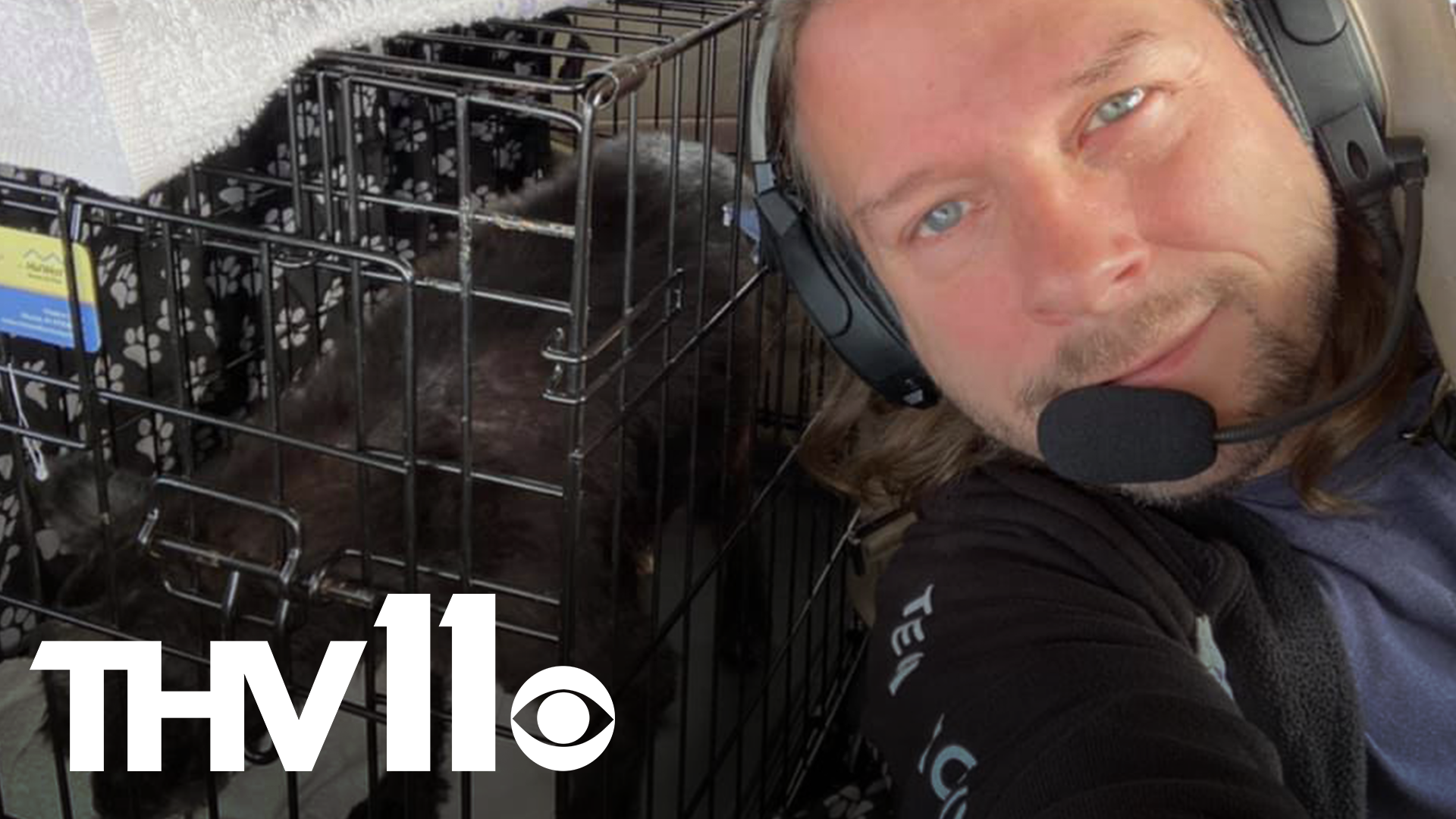 HEBER SPRINGS, Ark. — Nearly 10 years ago, a then 6-year-old dog lost his way from his family. But with a little hope, a miracle waiting to happen for this furry friend named Razzle.

On Tuesday, July 6, Jeremy Wade posted to Facebook, with pictures and video of his 1,600 mile trip from the California to Heber Springs, AR.

"It’s a nice day for a 1,600 mile roadless roadtrip," Wade said in his post. "It’s also a big day for this little dog called Razzle."

Wade said Razzle turned up over 1,500 miles away in California and his microchip has led him back to his family.

According to the San Joaquin County Sheriff's Office in French Camp, CA, Razzle crossed paths with their animal control officers who found him to be microchipped. They were then able to locate his original owners who were in disbelief at the news of Razzle being found.

"The amazing dog transport folks out in California knew I sometime fly to Heber Springs," Wade said, "and now he’s getting a ride with me back to his family after all these years. "

Razzle is now a very old dog, compared to when his family last saw him, but now he can have what Wade called "the sunset of his life back home with his family in the Ozarks."

The two stopped in Santa Fe for fuel and a bathroom break, leading to their last and final stop in Heber Springs for the big reunion.