Since the attack, Tate and her fiancé have helped rehabilitate their beloved pet. 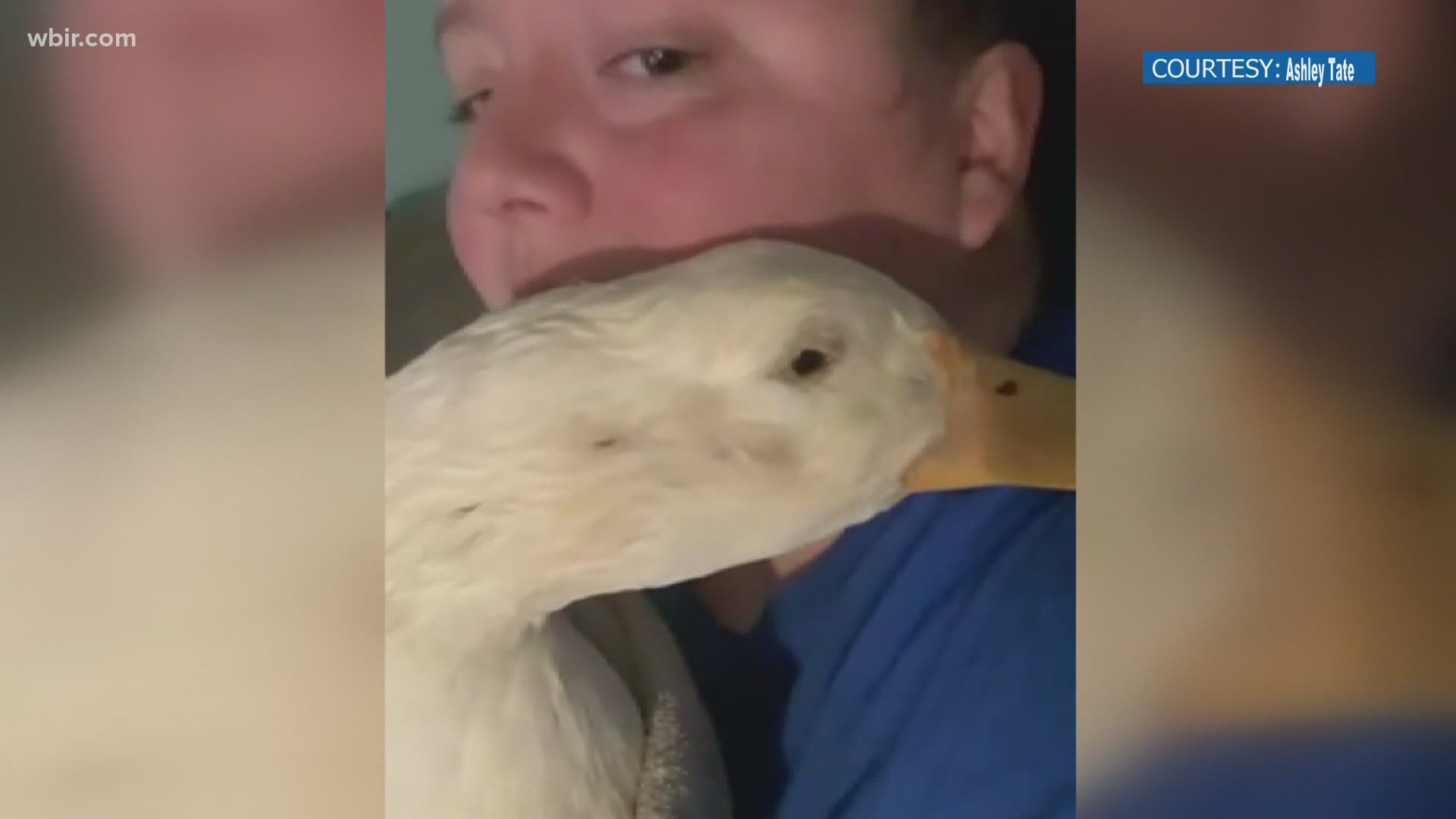 LENOIR CITY, Tenn. — In Lenoir City, a woman is looking to find a new home for her pet duck.

"Big Duck," as it's named, is a large pet duck who was attacked last week by an unknown predator while being kept outside.

Ashley Tate came home to find her duck with scratches on his face and swollen eyes. After searching, a hawk was spotted nearby, but owners aren't 100 percent sure that the hawk is to blame.

"Whatever attacked him went straight for his face," said Ashley Tate.

Since the attack, Tate and her fiancé have helped rehabilitate their beloved pet. However, they have been unable to give it as much time outside as it needs, for fear of another attack.

Now, the couple is looking for a new home for their feathery friend.

"I hate to see him go because he's just a sweetheart, but we know the best thing for him at this point is to find somewhere where he's going to be safe," Tate said.

Tate mentioned that they have been in contact with a local zoo, as well as a private citizen. However, as of Friday evening, a decision had not been made.