The House of Sport is meant to give athletes a place where they can play, mingle and shop for gear. 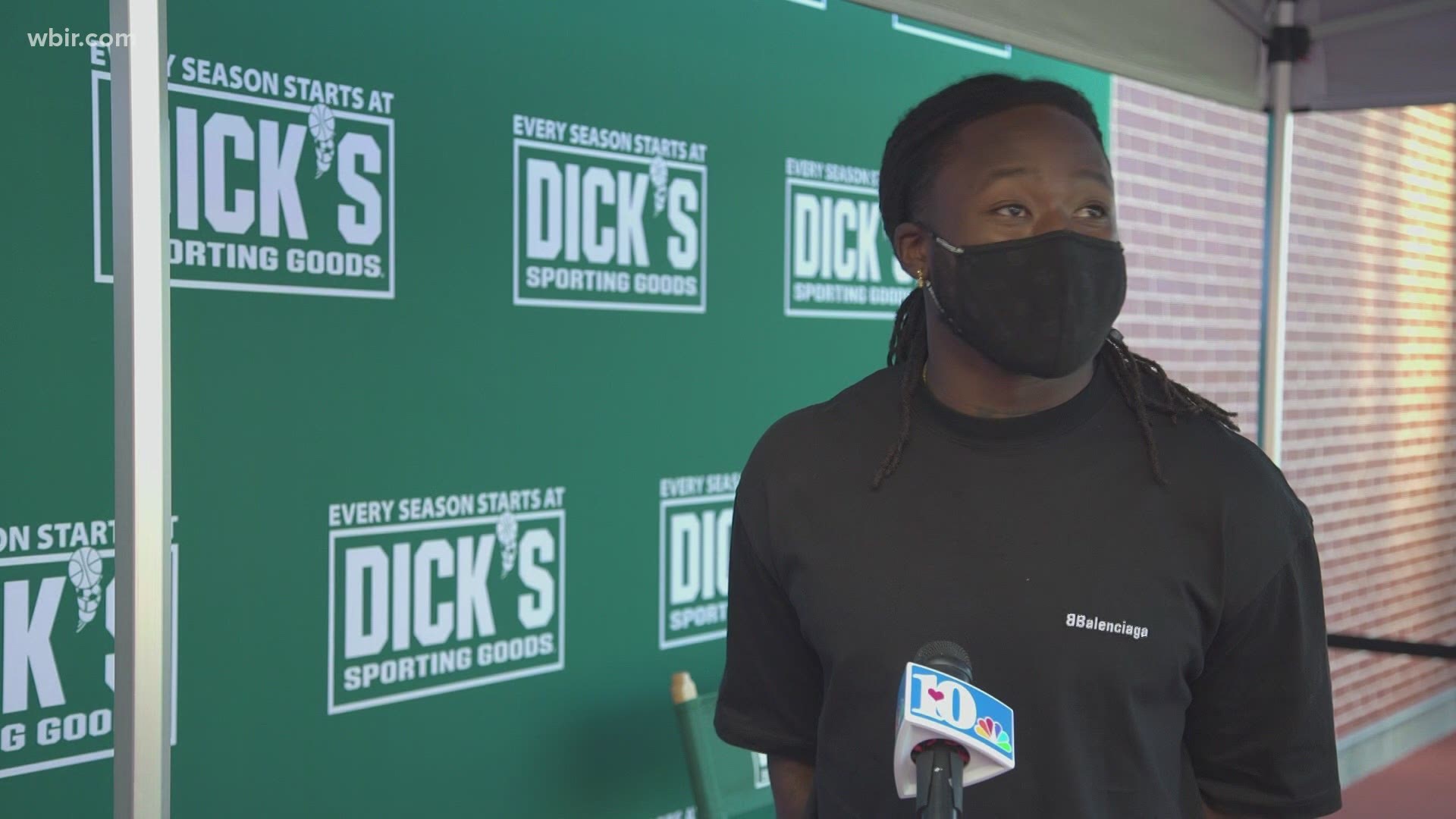 KNOXVILLE, Tenn. — Some Vols stars made an appearance at a new Dick's store in West Knoxville on — VFL Alvin Kamara and later in the evening, VFL Josh Dobbs.

They were there for the grand opening of Dick's House of Sport, near the West Town Mall. The location is meant to be more than just another where people can shop for athletics gear. The House of Sport is meant to be a place where athletes can mingle and play with other athletes, according to officials.

It includes a field where players can try new strategies and games. It has an open design, and climbers will also be able to reach new heights on the store's rock wall.

"I'm just celebrating the opening," Kamara said. "This is a store unlike any other store. I've been going to Dick's my whole life and this one right here, and especially in Knoxville, Tennessee — this is unique. There's so much to experience, it's an experiential store."

The House of Sport's grand opening will last through the weekend and will be open from 9 a.m. through 9 p.m.

A batting cage is also available for anyone who wants to try out their swings, as well as a golfing center to help people hone their skills before taking to the field.

Rick Barnes, the Tennessee basketball coach, is scheduled to make an appearance on Sunday from 1 p.m. through 2 p.m., after the store hosts a dance fitness session that morning.

Coupons are also available for the grand opening events. Knoxville's store is just the second House of Sport in the U.S., with the other located in Rochester, New York.

Now open! A destination devoted to your game: DICK’S House of Sport. Join us for our grand opening celebration on 6/4-6/6 for events, activities and more! More info: https://bddy.me/34PrqAJ