Melissa Beck started the tradition last year and with help from her community, she has doubled the number of veterans she is honoring in 2020. 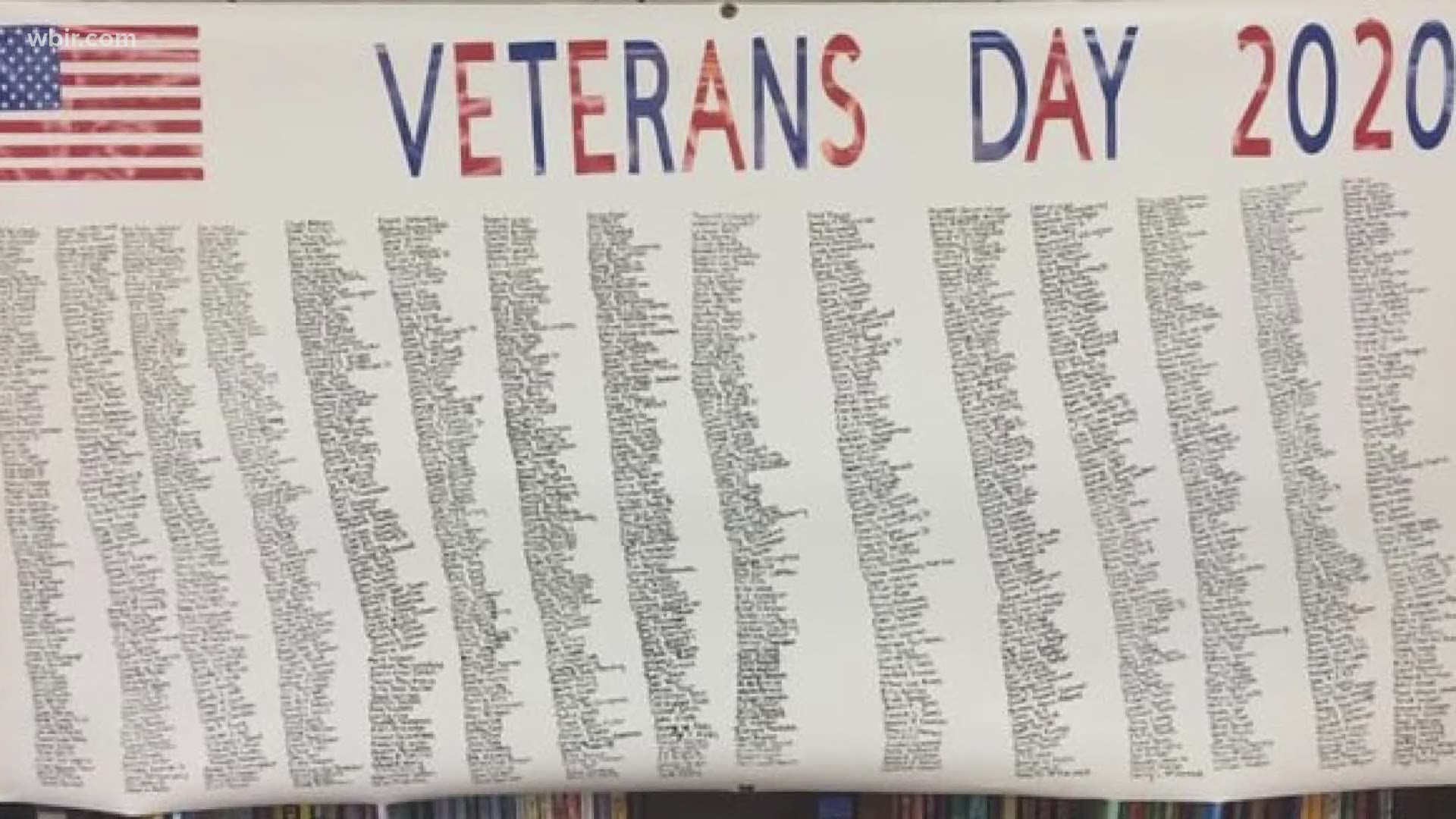 ROANE COUNTY, Tenn — A year ago Melissa Beck celebrated veterans with her paintbrush. She painted the names of more than 600 veterans on the windows of her home.

"It started with just my uncle's name and a couple more for some friends of ours," she said. "We ended up running out of room on the window and had to go on to the sheets of paper."

But in 2020 she more than doubled that number on a new canvas. She said that the banner ended up being huge, with 1,304 names of brothers, sisters, moms, dads and more.

While Beck has her own personal connection to the military and to veterans, she said it is bigger than just her.

"I have three uncles that served in the military and a brother-in-law that served as well," she said.

But that is only three names. The rest of the 1,304 names come from people in her community.

"About 95 percent of it was submitted from Roane County residents," Beck said.

People from all over her area share names and stories with her on Facebook, and every year there's always one story that stands out, he said.

"This year a lady submitted a name, 'Frank Delaney,'" Beck said. "After 75 years he was brought home to Roane County."

She said that stories like Delaney's are why she creates the banner and follows her unique Veterans Day tradition. Stories like his are why Beck does this each year.

This year the banner is done with a little help from her kids.

"My oldest daughter helped count and organize things," she said.

Though it has been a hard year for many, Beck said she just wanted veterans to know people remember them, that their communities are grateful and that their service matters.

"A lot of people don't know how many people served for our freedom," she said.

Beck originally planned to hang the banner on Wednesday but since it rained she will hang it Thursday at the walking track in Rockwood.